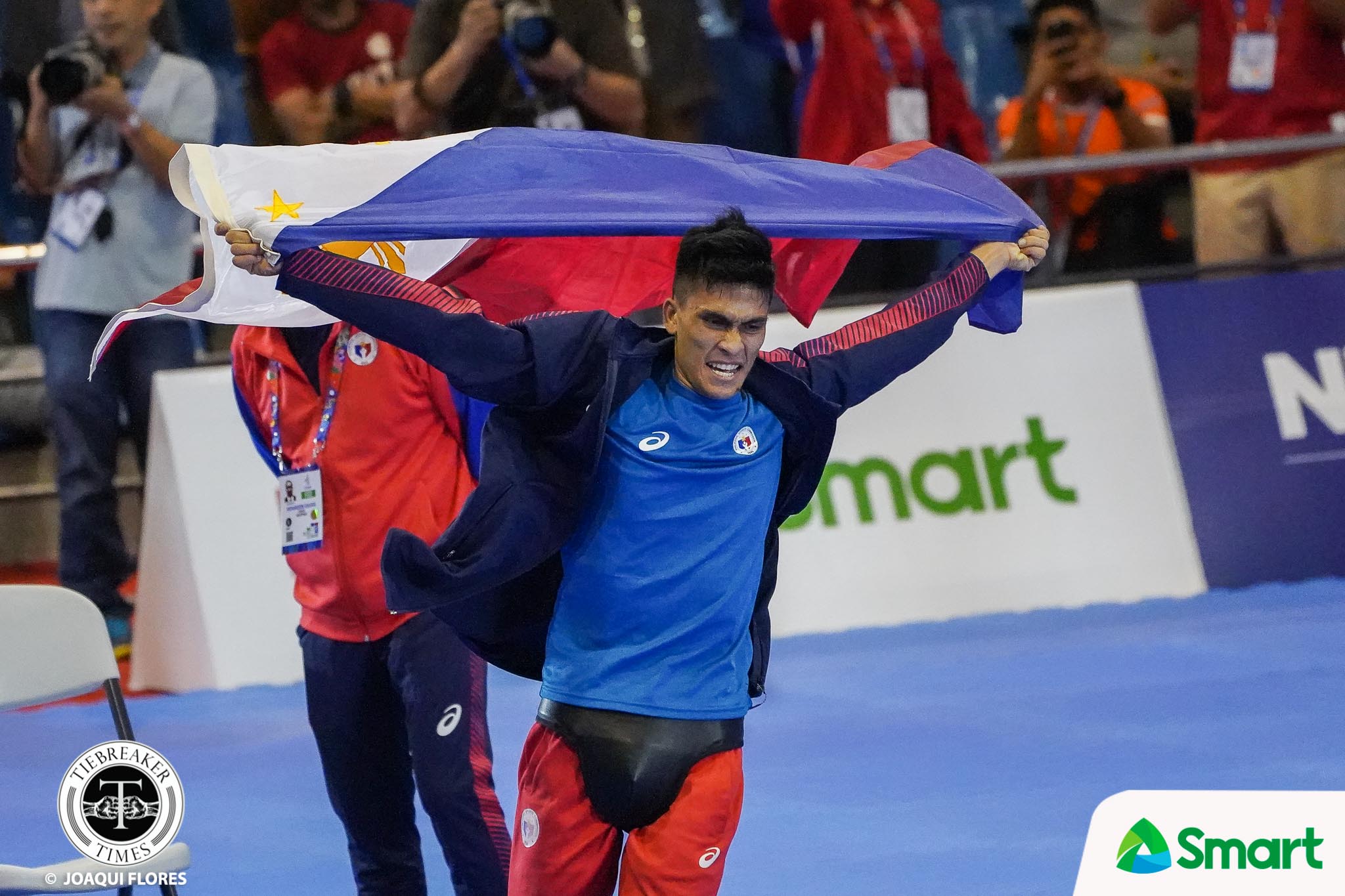 ANGELES, PAMPANGA — The Philippine Men’s National Arnis Team made sure that no one would take anything from them.

The quartet of Dexler Bolambao, Niño Mark Talledo, Villardo Cunamay, and Mike Bañares all finished with gold in a four-division sweep, Sunday at the Angeles University Foundation Gym.

With their outing, the Nationals has one-upped the country’s tally in the sport, since the Philippines only finished with three golds back in 2005.

For Bañares, they needed to prove to every Filipino out there that they are on another plane compared to the players from Vietnam, Myanmar, and Cambodia.

Bolambao topped the bantamweight class by beating Myanmar’s Soc Paing in the finale.

Talledo followed it up with a dominant win over Vietnam’s Van Kein Vu in the featherweight division.

With their outing, Banares hopes that they can inspire a new generation of arnis artists.