The Philippine Men’s Ice Hockey team was steadfast as they held on to a 6-5 victory against defending champions Mongolia, to snare their second straight win of the 2018 Challenge Cup of Asia, Friday evening at the SM Mall of Asia Skating Rink.

Tied in second place with a 2-1 record, the Philippines are assured of a podium finish. However, the Nationals still have a chance at the championship. The champions of CCOA have the option to play World Championship hockey in Division III.

Just like the previous day, the hosts opened the scoring. Captain Steven Fuglister put the Philippines on the board with a composed finish of a Jan Regencia pass, before Patrick Syquiatco doubled the lead seven minutes after.

It was back-and-forth from there as Mongolia took one back at the 11:49 mark with an Erkhsuhk Erdenetogtohk goal.

Nonetheless, the Philippines held its ground on the defensive end, closing out on the fast Mongolian skaters. The Nationals also had to work double time killing power plays, sometimes with a two-man disadvantage.

That defensive stand bore fruit, as the Filipinos extended the lead to two, 5-3, at the end of the second period.

The skipper Fuglister registered his second and third goals of the night, finishing off the good passing of his line members. The visitors took one back at the period, and with their aggressiveness, went into the final canto on the power play up two men.

However, despite the disadvantage, the Philippines once more proved successful on penalty kills, before Paul Sanchez rewarded the efforts with another heave, putting the lead at its biggest, 6-3.

But the Mongolians are not the defending champions for nothing, as they attempted a late-game comeback.

Two quick goals from Tamir Ganbold and Gerelt Ider cut the deficit to just one with three minutes left in the match.

What made it interesting was that Sanchez was slapped a game misconduct penalty, giving the guests ample chance to send it into overtime. Defenceman Julius Santiago took the box in his stead.

Perhaps due to playing shorthanded most of the match, the Philippines simply stood their ground for one last time. LR Lancero anchored his line on the most important penalty kill of the evening, sending the Nationals to its second straight victory.

The veteran defender was very much pleased of the squad’s performance, particularly on containing the fast, physical Mongolians on defense. He said, “We did great, especially in those last two and a half minutes. We were up one goal, so in [that span], we were just killing it. Paul’s out. But it did not keep our hearts down; we just kept on fighting.”

Lancero shared that the Philippines will approach their final assignment against Singapore with focus. “We will scout them. We will watch videos of their previous games from their past tournaments. We will see how to counter their defenses and counter their plays,” he ended. 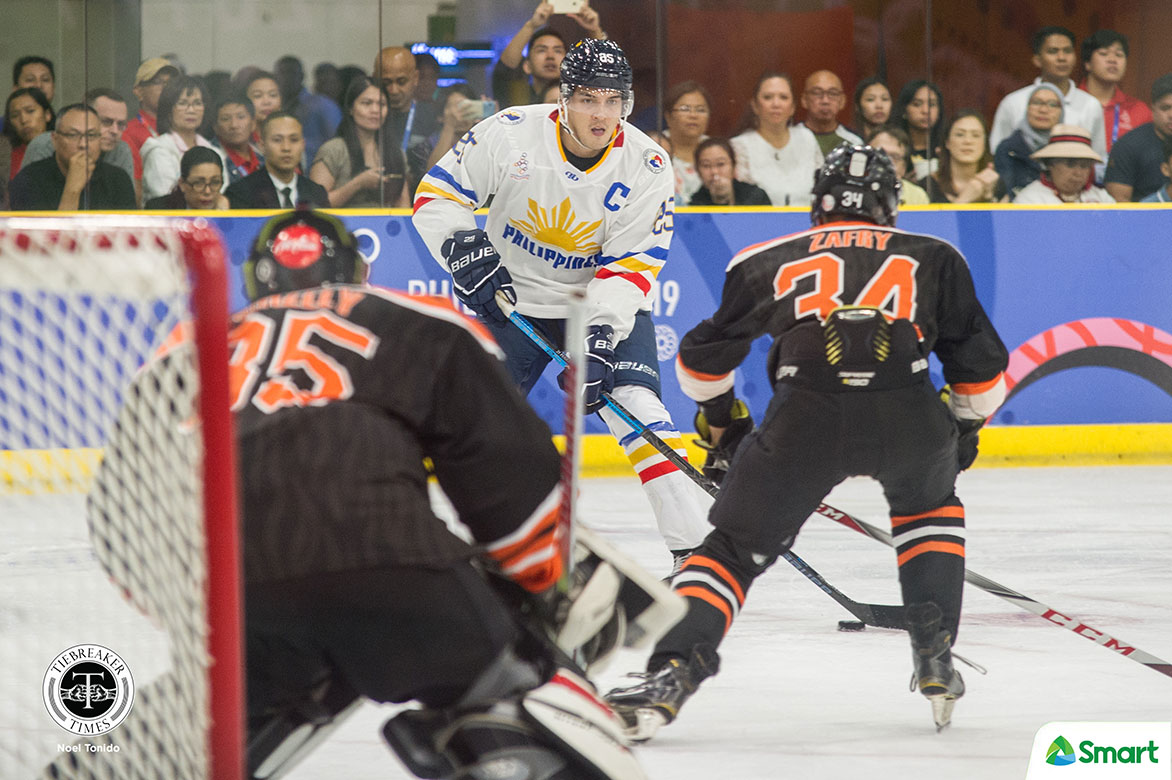 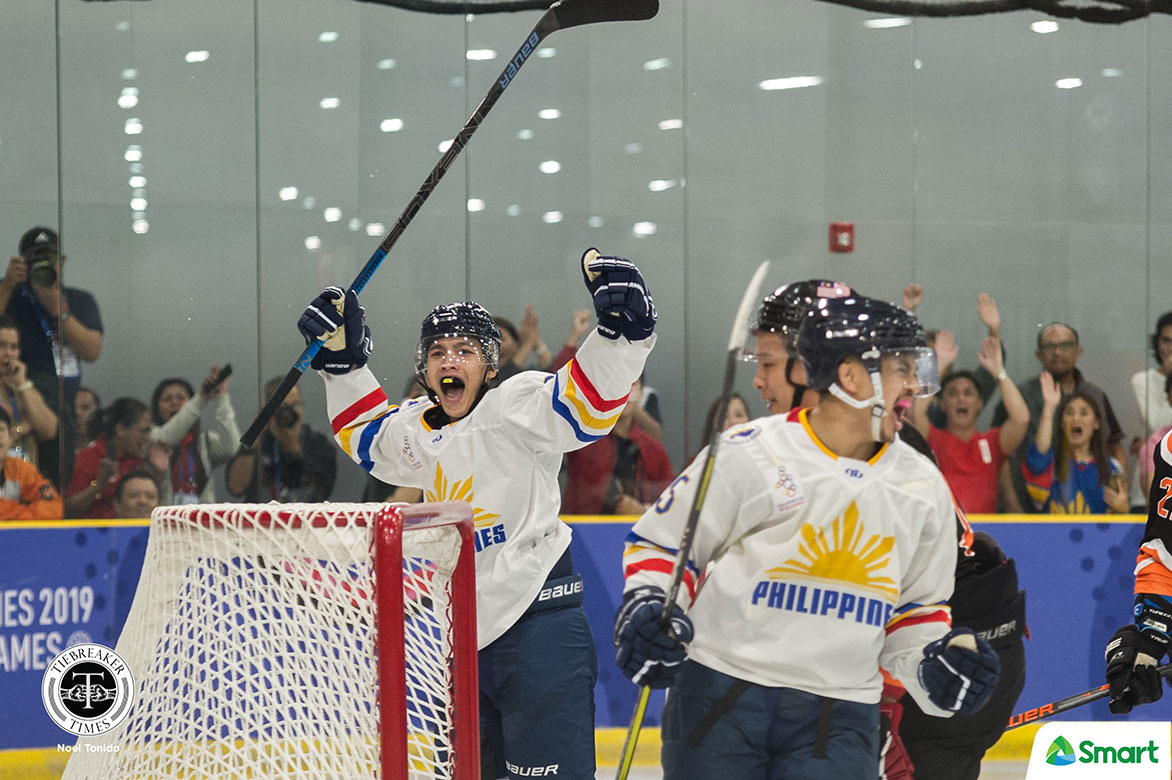 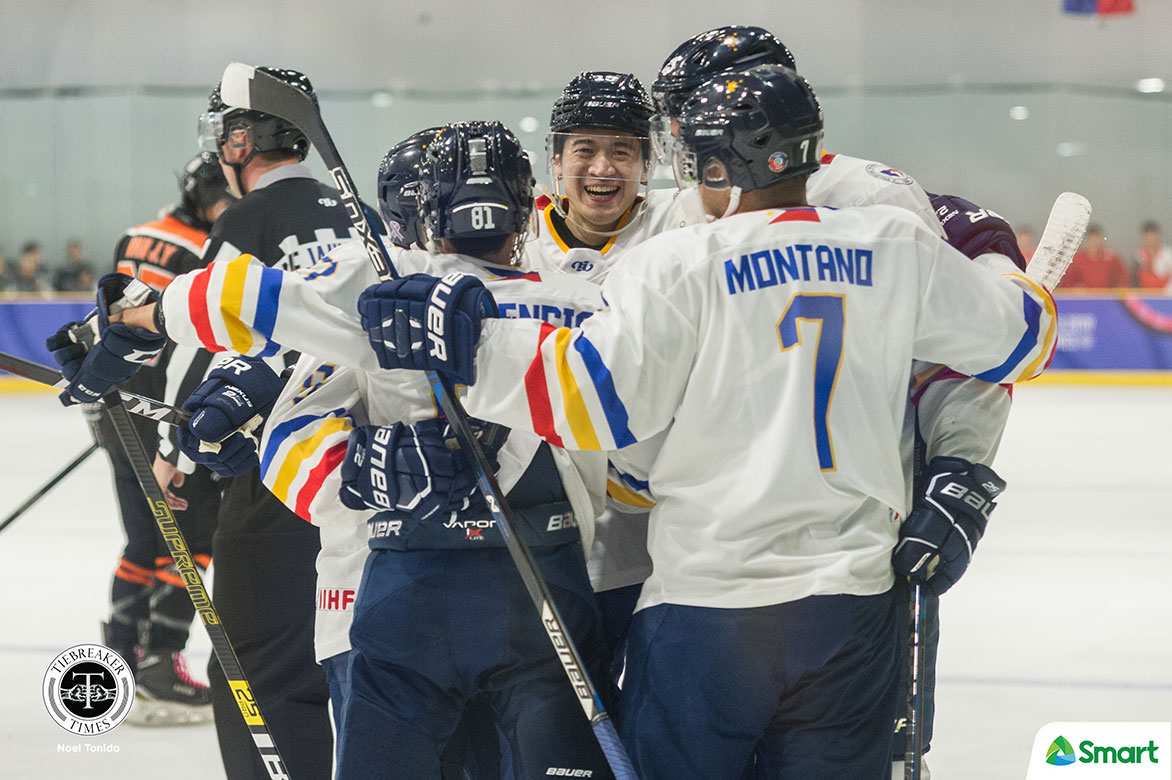 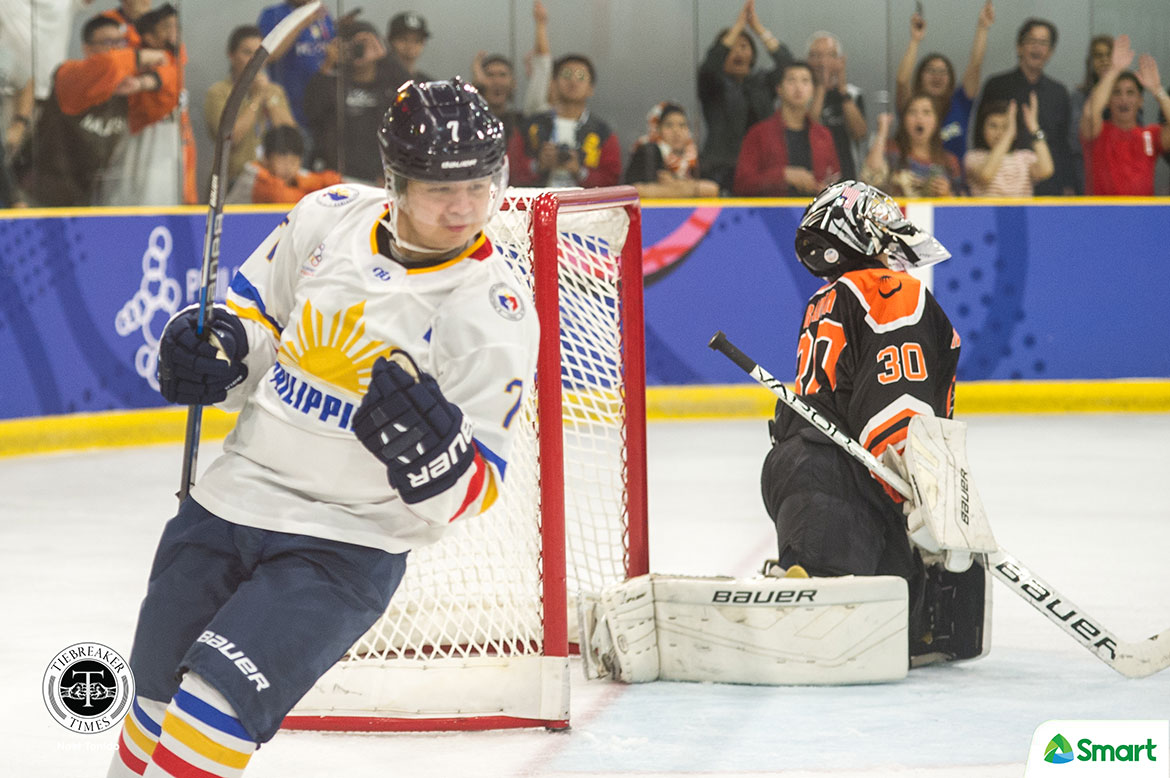 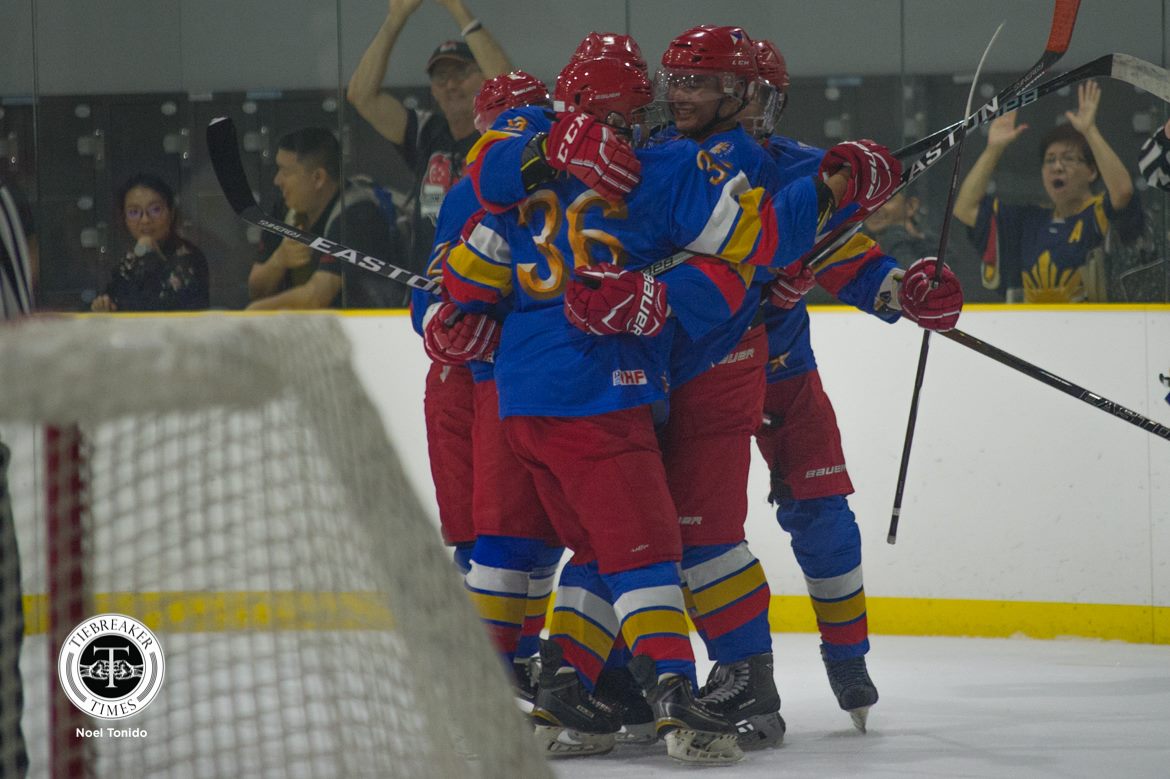 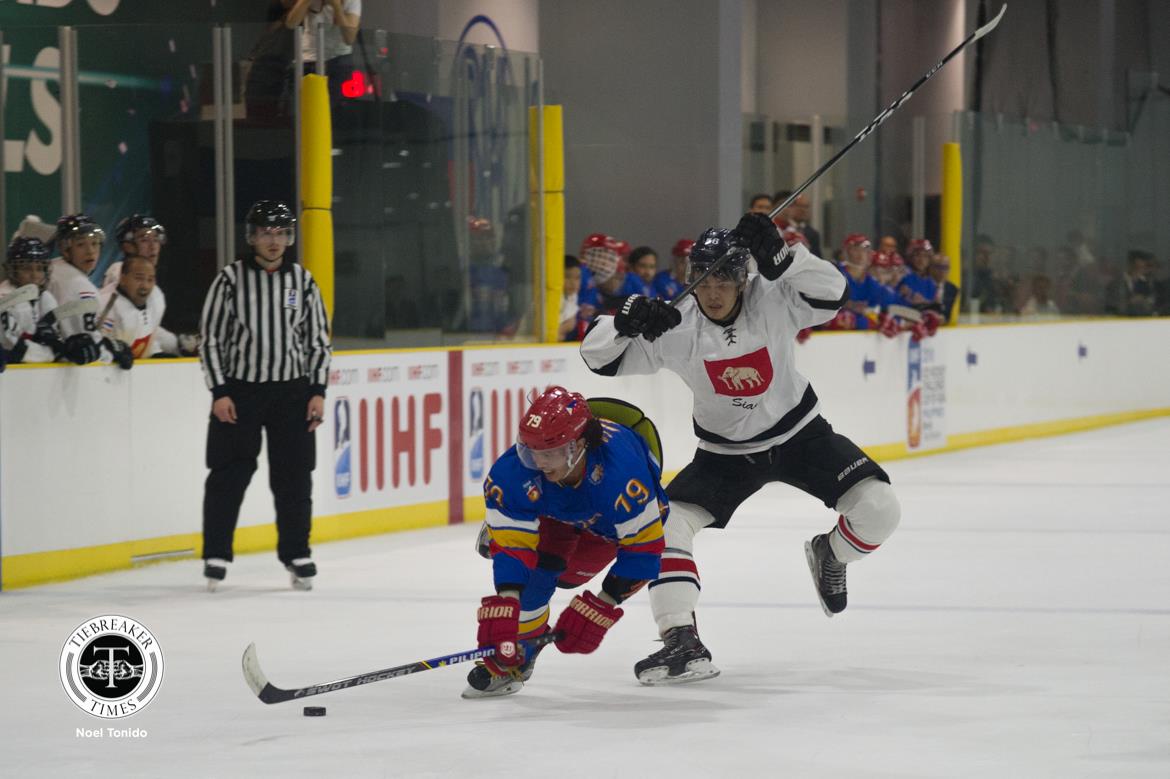 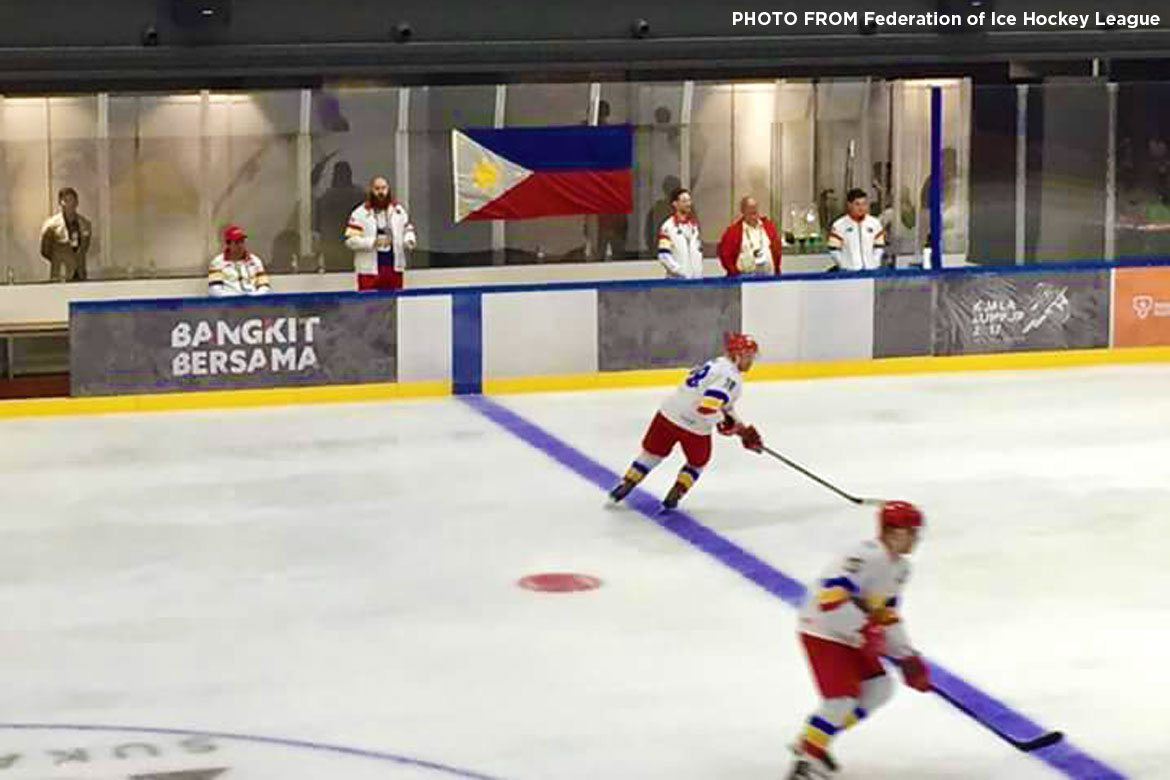 Even if it has to be done the hard way, it will be done Scoring the first two goals of the match, Carl Michael Montano...