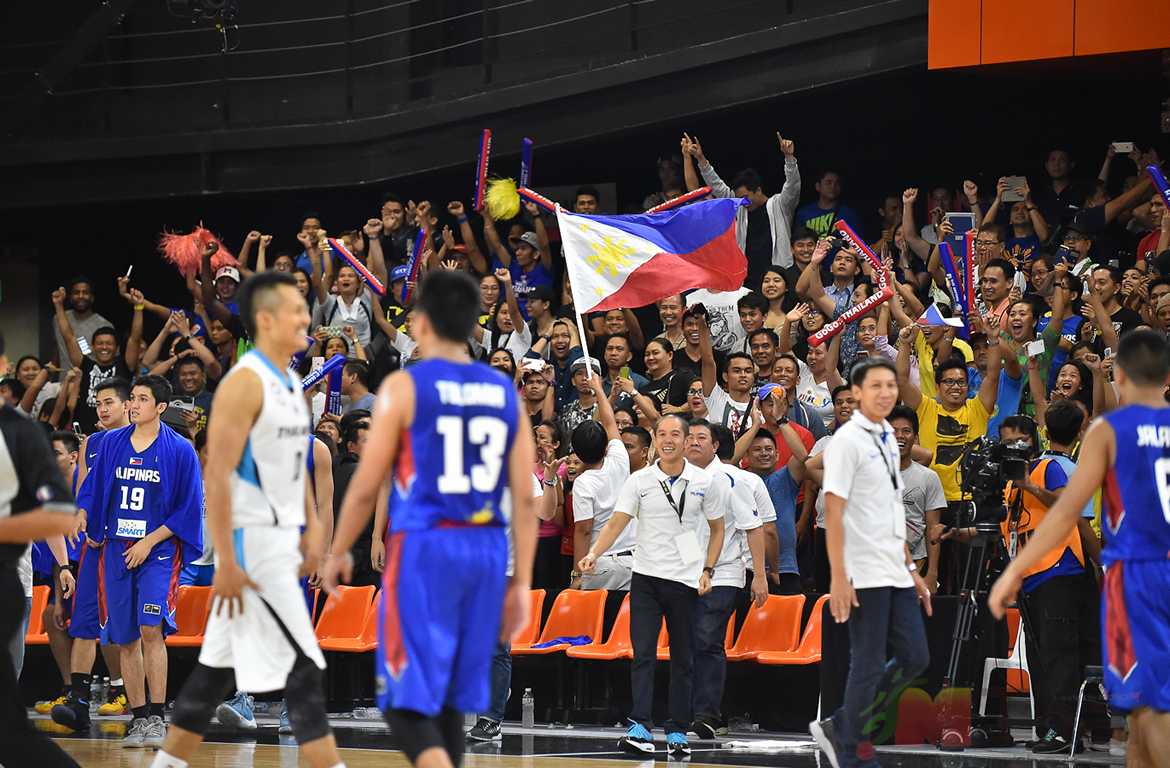 The Gilas cadets used a 30-18 fourth quarter to pull away and beat Thailand, 97-80 in the gold medal match of the 2016 SEABA Stankovic Cup Saturday in Bangkok, Thailand.

Unlike in their previous meeting in the elimination round where the Philippines won by just a point, the nationals dominated the pay-off period this time to secure the gold medal of the tournament and a spot in the 2016 FIBA Asia Challenge later this year.

The host squad kept the match close for three quarters, and entered the fourth period down by just five points, 67-62.

Chitchai Ananti even cut the deficit down to just three as he opened the final quarter with a basket, but the Philippines went on a 12-2 run to break away.

Mac Belo had eight points including back to back triples in the stretch, while Jio Jalalon capped the run with a basket which pushed the Gilas cadets lead up to 79-66.

The Philippines never went threatened after that point to seal the win and maintain its supremacy in the Southeast-Asian region.

Six players scored in double-figures for the Philippines, led by captain Troy Rosario’s 17 points. He added seven rebounds and three assists in the win.

Jalalon had 16 points off the bench, while Belo and Mike Tolomia chipped in 14 and 12 points, respectively.

The nationals shot better from the field, making 35-for-86, and also converted 12 of their 32 three-point attempts.