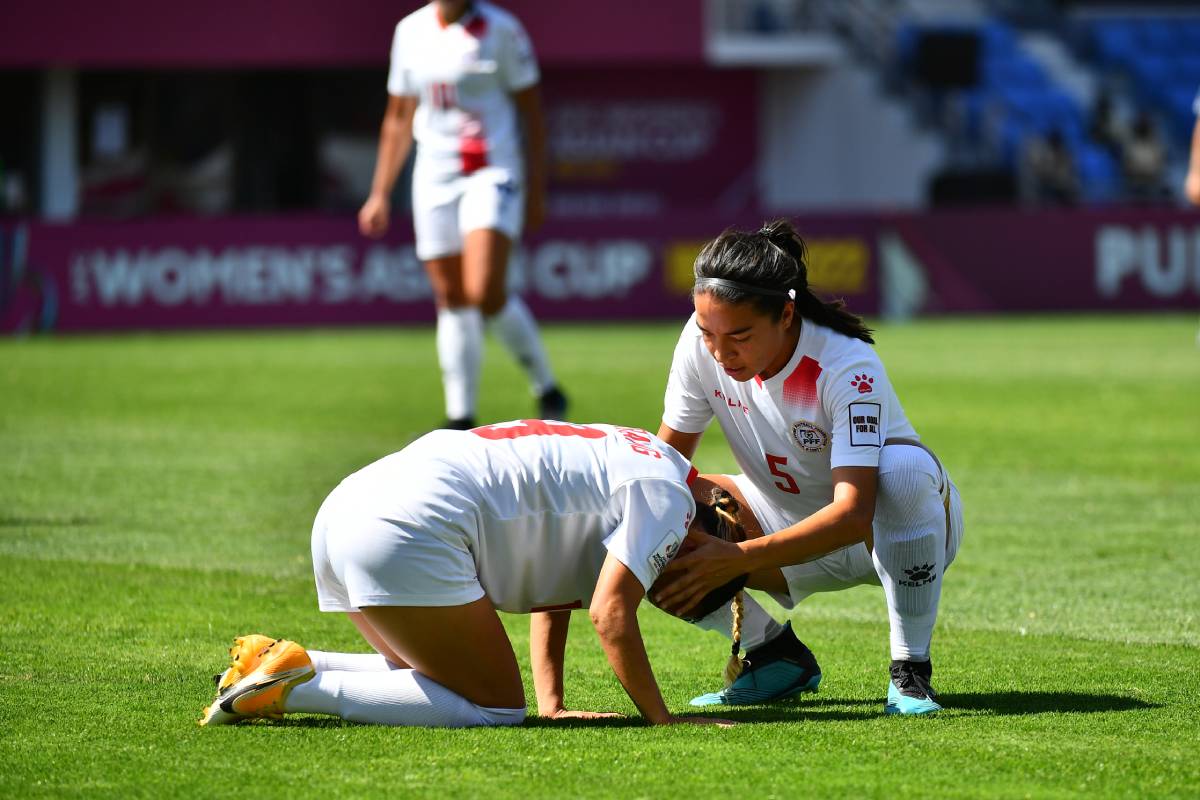 The Philippine Women’s National Football Team saw its successful AFC Women’s Asian Cup 2022 campaign end after a 2-0 defeat at the hands of South Korea in the semifinal stage, Thursday afternoon at the Shree Shiv Chhatrapati Sports Complex in Pune, India.

It was a very tough match,” said Philippines coach Alen Stajcic. “As we said yesterday, Korea would probably be the better team. Unfortunately, we let off the pressure valve really early with a corner which was really disappointing. We hoped to build up pressure with the scoreboard. That didn’t happen.

The first half proved to be a rude awakening for the Philippines as it succumbed to a two-goal deficit at the hands of South Korea.

Tottenham Hotspur midfielder Cho So-hyun, who previously scored a brace against the Filipinas four years ago, broke the deadlock. She headed past goalkeeper Olivia McDaniel in the 4th minute.

Things then got worse for the Filipinas in the 34th minute. Forward Son Hwa-yeon converted from close range to set South Korea on its way to victory.

It was more of the same story in the second period. The Filipinas were primarily on the backfoot with the South Koreans looking to extend their cushion. McDaniel was forced to make fine stops to limit the damage and keep the scoreline as it is.

“They obviously dominated and had more chances. We had five or six half chances as well but the best part about today is that… the players after 120 minutes the other night, fought right till the death. It’s an amazing amount of heart, courage, and spirit in this group. I know I’m proud of them. I know the whole coaching staff is really proud,” Stajcic continued.

Despite the ending, Stajcic’s wards should remain proud after clinching what was initially unthinkable – a ticket to the FIFA World Cup 2023, hosted by Australia and New Zealand.