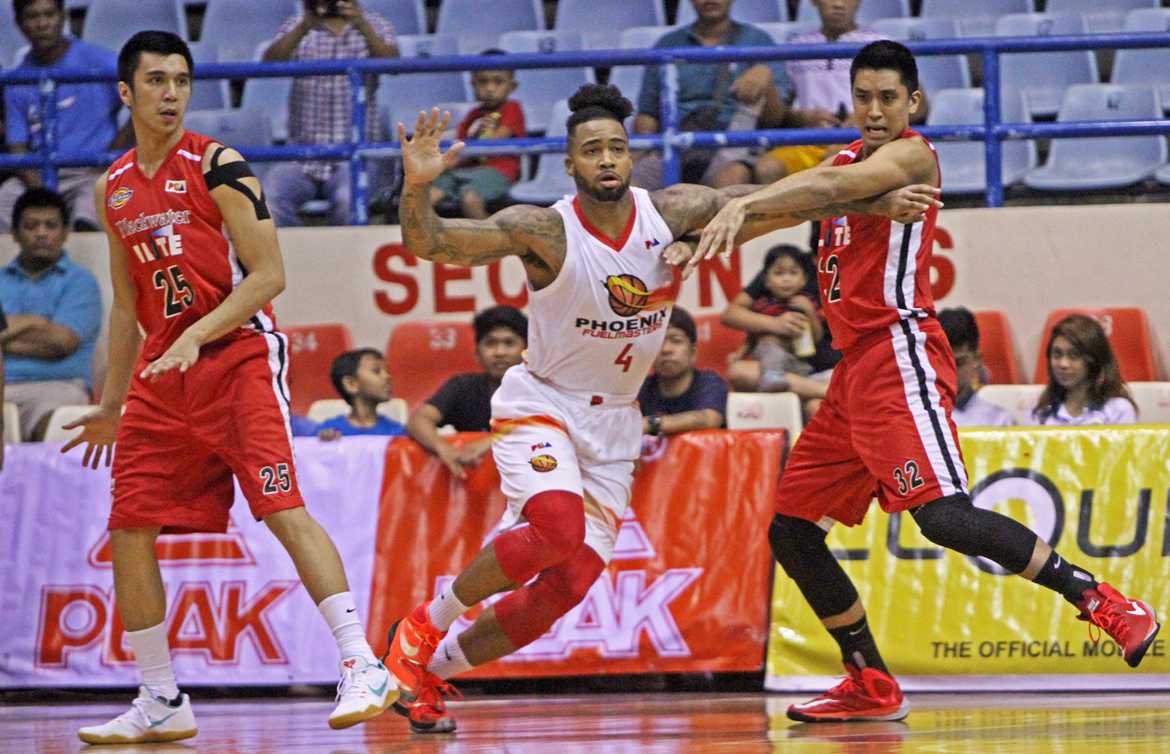 As the joust for positioning continues in the tail-end of the elimination phase, the Phoenix Petroleum Fuel Masters notch a 93-81 victory over the Blackwater Elite on Wednesday afternoon at the Ynares Center in Antipolo.

The win gives Phoenix the assurance of entering the eight-team playoff round after the single-round eliminations. For the Blackwater Elites, their chances diminishes due a disappointing record at 1-8.

Phoenix led at the end of three quarters at 65-61. However, a 9-1 blitz to open the final period of action separated the Fuel Masters for good.

Despite the win,coach Ariel Vanguadia was not pleased with the way his team only produced 18 assists for the entire 48-minute game. However, he’d take this win looking forward.

“We’ll take this win even though it was not a quality game for us. I think it is the lowest assist total we had this conference,” he said.

Phelps, in addition to a fourth-quarer berserk by Simon Enciso, put the nail in the coffin against the skidding Elites. A timely team blitz in the fourth led by the two propeled Phoenix to the much-needed victory.

Vanguardia also stressed that his floor generals need to do a better job setting up the team.

“If we play like this against elite teams like Alaska or Ginebra, we will struggle. I am challenging my point guards to run this team better,” the Phoenix head coach said.

Mark Borboran was the top local scorer for Phoenix with 15 points and six boards. For the losing Elites, Art Dela Cruz and Carlo Lastimosa had 18 apiece.

READ  Like Chicago in the late 80s, Matthew Wright believes Phoenix will rise

The Fuel Masters carved their way to more points in the paint, 52 to 40, and more rebounds at, 54 to 40. Moreover, they took advantage of more possessions as they had more second chance points, 17 compared to eight points.

The win currently gives Phoenix a three-game winning streak, making them the hottest team of the tournament so far. Eugene Phelps tallied a dominating 29-point, 26-rebound effort to pace the Fuel Masters.