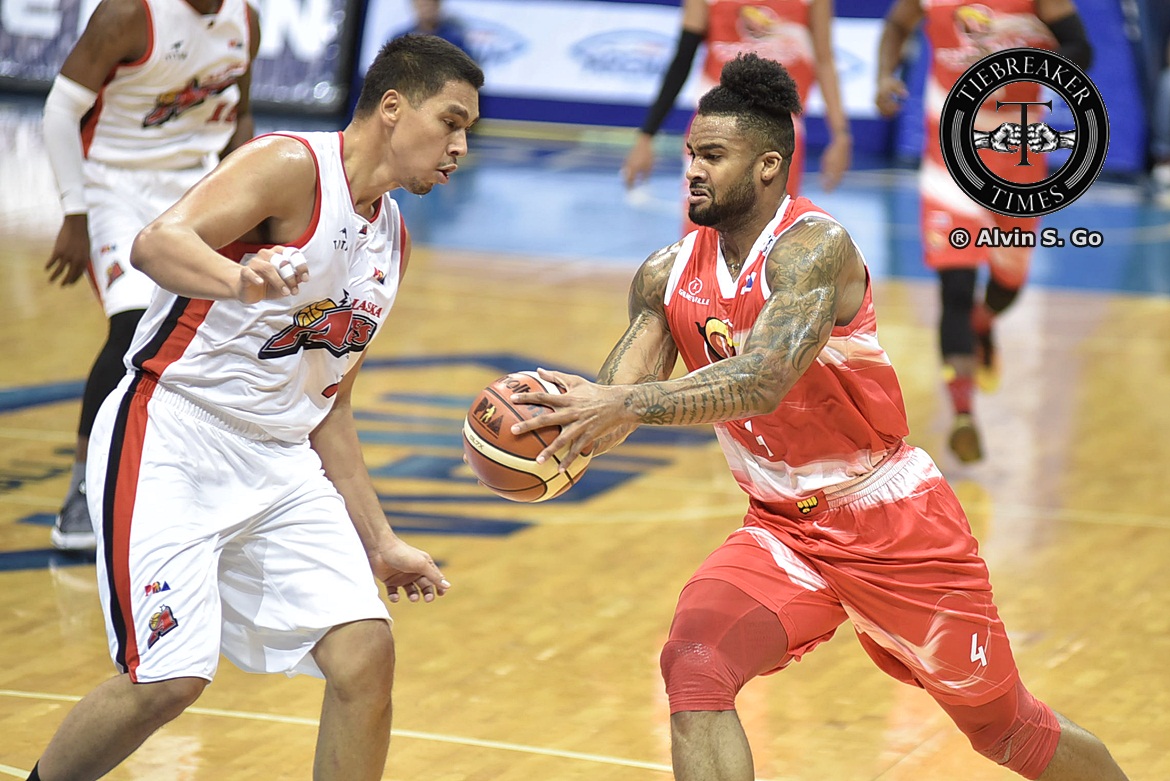 With the game on the line, Eugene Phelps showed that he can carry the load, knocking down a buzzer-beater off a drive to lift the Phoenix Fuel Masters to a 2-0 slate while sending the Alaska Aces crashing to its tenth straight loss, 95-93, Saturday evening at the SM Mall of Asia Arena in Pasay City.

“Well, our vets delivered today,” said first-year Phoenix head coach Ariel Vanguardia. “They showed heart and made the crucial plays down the stretch. It was like a playoff game. Credit to Alaska for giving us a hell of a game.”

With 21 seconds remaining and the game knotted at 93-all, Phelps took matters into his own hands, dribbling the clock down to just four seconds before attacking the rim and knocking down a buzzer-beating lay-up to break the hearts of the Aces.

“Eugene, we know what Eugene can give us,” Vanguardia said about Phelps, who finished the game with 29 points and 14 rebounds. “It was either a ball screen for RJ [Jazul] and Eugene and then bibigay then niya kay Eugene. Kaso na-deny and he attacked, good thing it went in.”

Alaska fought back nine points down with 3:36 left, going on a 10-0 rally capped by a huge swat by Nonoy Baclao on JC Intal that led to a jumper for the former to give the Aces an 89-88 lead with 1:11 end.

JC Intal was able to score on a reverse layup afterwards to give the edge back to Phoenix but LaDontae Henton was able to clean up a Calvin Abueva miss with 43 ticks remaining.

With no hesitation on the other end, RJ Jazul, a player Alaska traded for Simon Ensico last February 18, knocked down a triple to give Phoenix a 93-91 lead.

“You like Simon but you got to love RJ,” quipped Vanguardia as Jazul finished with 15 points on 5-for-7 shooting to go along with five assists, five rebounds, and three steals.

After an Alaska timeout, Henton missed on a basket but the ball luckily landed on the open palm of Chris Banchero for a one-handed tip-in with 21 seconds remaining. Then came Phelps’ dagger.

Joseph Eriobu added 14 points and 11 rebounds, powering Phoenix’s third quarter run that saw the Fuel Masters rally back from 14 down.

Henton finished with 30 points on 10-for-19 shooting to go along with 10 rebounds. Ensico added 17 markers off the bench.

Phoenix will next face the Globalport Batang Pier on Wednesday, July 26 at the SMART-Araneta Coliseum. Alaska, on the other hand, looks to end their skid when they face the Star Hotshots on Friday, July 28 at the Ynares Sports Arena in Antipolo City.