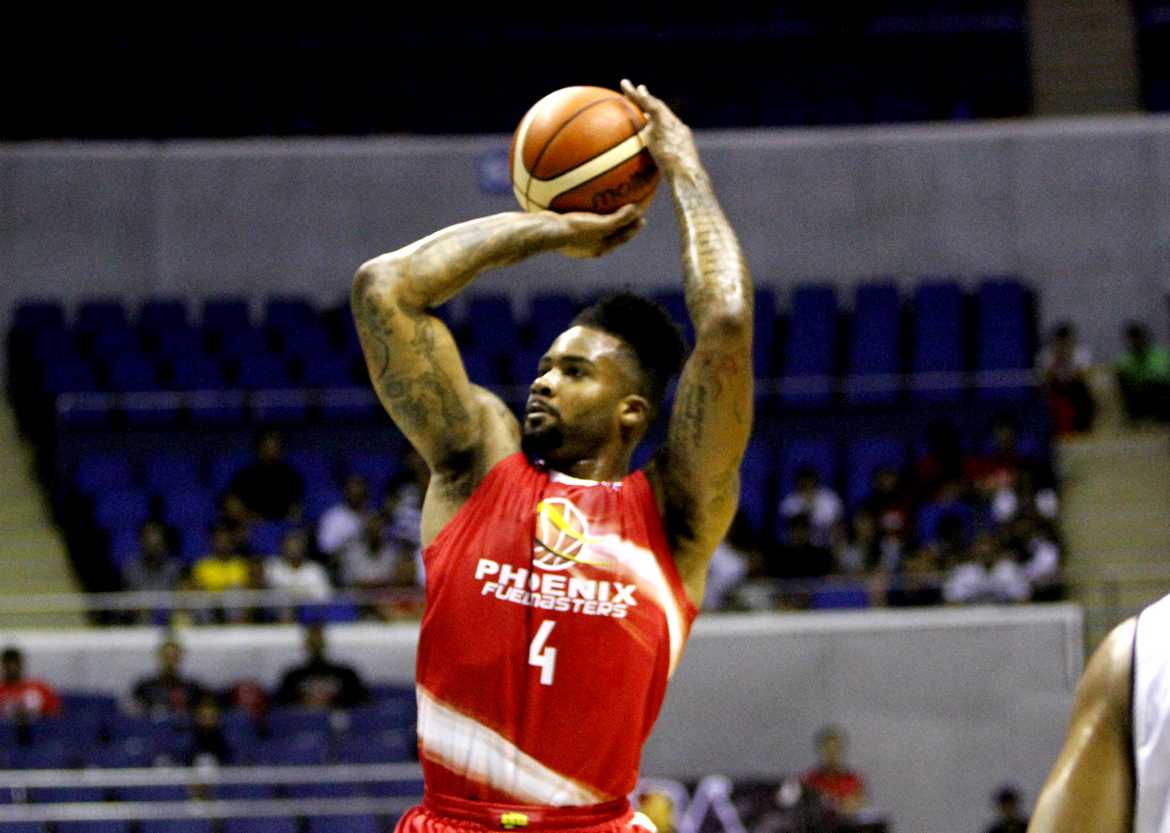 In a battle of two teams, both of whom are parading a three-game losing skid to start the 2016 Oppo PBA Governors’ Cup, the Phoenix Petroleum Fuel Masters inked their first win to leave the GlobalPort Batang Pier winless, 120-107, in the first game of Sunday’s doubleheader at the Smart Araneta Coliseum.

Eugene Phelps made his PBA debut and showed no signs of jitters in an offensive showcase, finishing with 52 points on an efficient 18-for-30 shooting, 16 rebounds, and six assists in a total all-around performance.

After the match, an ecstatic Phelps shared that he had come here to help the Fuel Masters win, and his first assignment was a success.

“52 points is good but the good thing is we won,” Phelps said. “If I scored 52 points and we lost, it doesn’t mean anything.”

“We got the win and that’s all that matters. It’s a game of runs and we slugged it out.”

Phelps posted monstrous numbers despite having left the game momentarily during the third period after he got hit by GlobalPort’s Michael Glover’s elbow and lost his tooth. He got treatment and stitches in the dugout, and still poured on 12 points in that period alone.

“It happened to me before, two times actually in Puerto Rico and Mexico so I kind of used to it,” added Phelps.

Prior to Phelps’ nasty hit, his squad led by 11, 66-55. In a blink of an eye, however, the fiery backcourt of Stanley Pringle and Terrence Romeo ignited 17-4 seize the lead for themselves. As if picking up where he left off, Phelps continued his dominance, bullying his way through for successive baskets in the interior in his return to lift Phoenix to an 86-85 lead.

READ  Finally Free: Allein Maliksi excited to be back in SMART Gilas

A slug-out fourth period separated Phoenix for good, with back-to-back threes from Simon Enciso and Mick Pennisi. GlobalPort came up short, with key turnovers haunting their chances, while Phelps put the icing in the cake with more shots from the paint en route to his career-high point production.

Phoenix shot at a 75 percent clip (27-for-36) from the free throw area, 17 more points than GlobalPort’s 10-for-17 shooting. Moreover, the Fuel Masters maintained a 56 percent shooting clip and scored more in transition, 22-10.

The skidding Batang Pier had 27 points from import Glover, including 17 rebounds and six turnovers. The Pringle-Romeo tandem delivered a combined 47-point outing, together with 11 rebounds but shot a dismal 20/41 clip combined.

Phoenix (1-3) look to build their first win streak of the tournament against the Mahindra Enforcers (3-0) on August 12 also at the Big Dome. Meanwhile, the GlobalPort Batang Pier (0-4) seek to finally barge into win column versus the Meralco Bolts (2-2) at the SM Mall of Asia Arena.