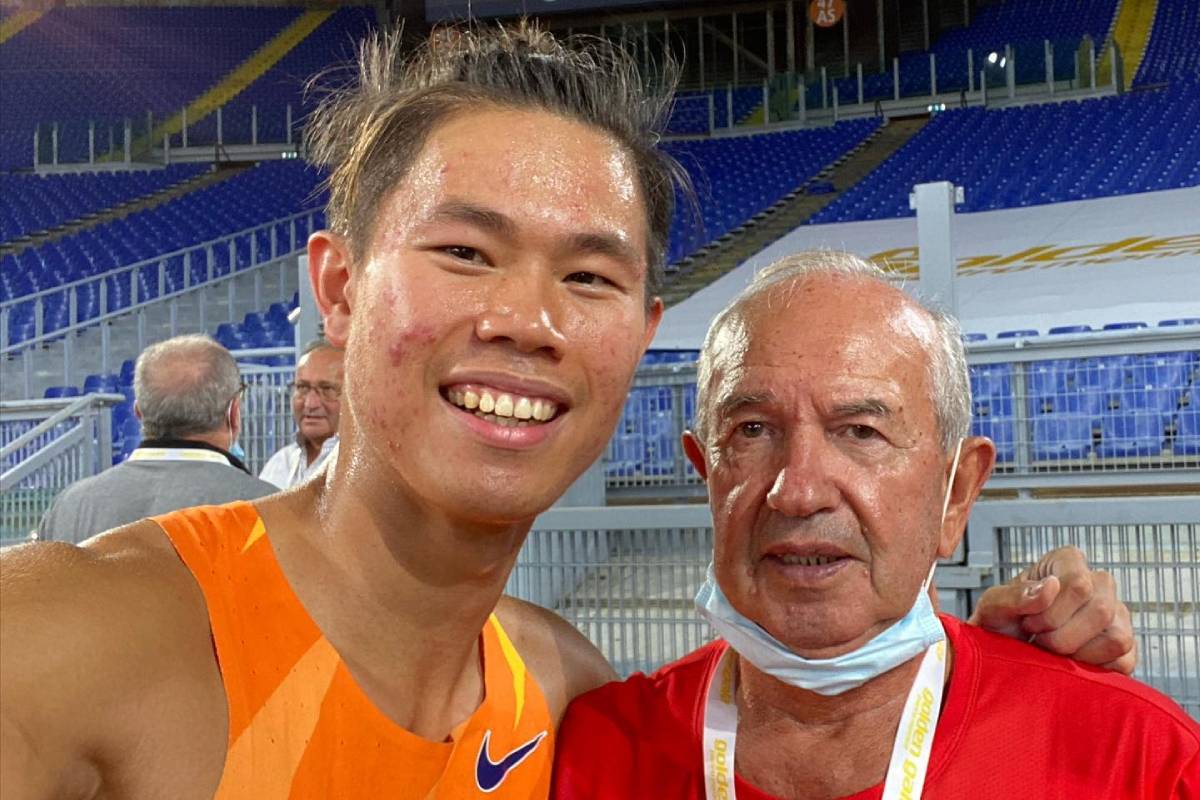 EJ Obiena’s head coach Vitaly Petrov has broken his silence regarding the ongoing row between his ward and the Philippine Athletics Track and Field Association.

In a lengthy post on social media, Petrov – following his ousting by PATAFA as a head coach – raised that the federation had done nothing in the development of Obiena.

“From the seven years of work that I have done with Ej, I have never heard PATAFA or Mr. Philip Juico ask me what they can do to help me develop Ej.

“I have coached Ej for seven years and have helped him jump 5.93m, which is the current Asian record. Money has never been an issue,” said Petrov, whose salary has been the center point of PATAFA’s case against Obiena. “There are even times where I spend my own money, like paying for a gymnastic coach to help Ej improve. Coaching is my passion and developing athletes like Ej to reach their maximum potential is my motivation.

“I coach Ej day in and out because of my passion and genuine care for this young Filipino boy. Truth be told, I call him ‘my boy’ all the time as I see my athletes as my own family — like my own sons and daughters.

“After working hard, for the past seven years, we are starting to see the results of our combined effort and hard work. We are now a true contender in the event and one of the best pole vaulters in the world,” he continued, as Obiena has become the top five pole vaulter in the world.

“Now that the time has come for Ej to realize his hard work; reap the reward of our time and effort then suddenly PATAFA cancels me as their coach. I was never Philip Juico’s Pole Vault coach, I am the coach of Thiago Braz, Sergey Bubka, Yelena Isinbaeva, and Ej Obiena. I am proudly the coach of these hard-working Athletes.”

For the past few years, Obiena has been in charge of managing the allowance given to him by PATAFA.

However, the 26-year-old was unable to liquidate his expenses. That then raised a red flag, according to PATAFA.

For Petrov, this is not an athlete’s job to do so.

“In my opinion athletes should only be thinking about their training and performance everything else is an additional burden and distraction that they don’t need,” opined the three-time Olympics gold medalist.

Petrov has been coaching pole vaulters from numerous countries for the last 57 years. And this is the first time that he has been maligned.

With what is happening, worried is Petrov not just for Obiena but also for other Filipino athletes like him.

“Never have I been scorned by any federation of any nation that I have worked with. Now PATAFA and Mr. Philip Juico who has never done anything to help me, drops me as a coach and remove my athlete that has a great future in this sport,” lamented Petrov.

“If this Federation is dropping a world-class athlete instead of helping; drops his coach who has trained him to be one of the best pole vaulters; brands a sports patron persona non grata who have done nothing but helped bring this Filipino boy to where he is now, then I ask what is this federation doing?”

In this article:EJ Obiena, Vitaly Petrov