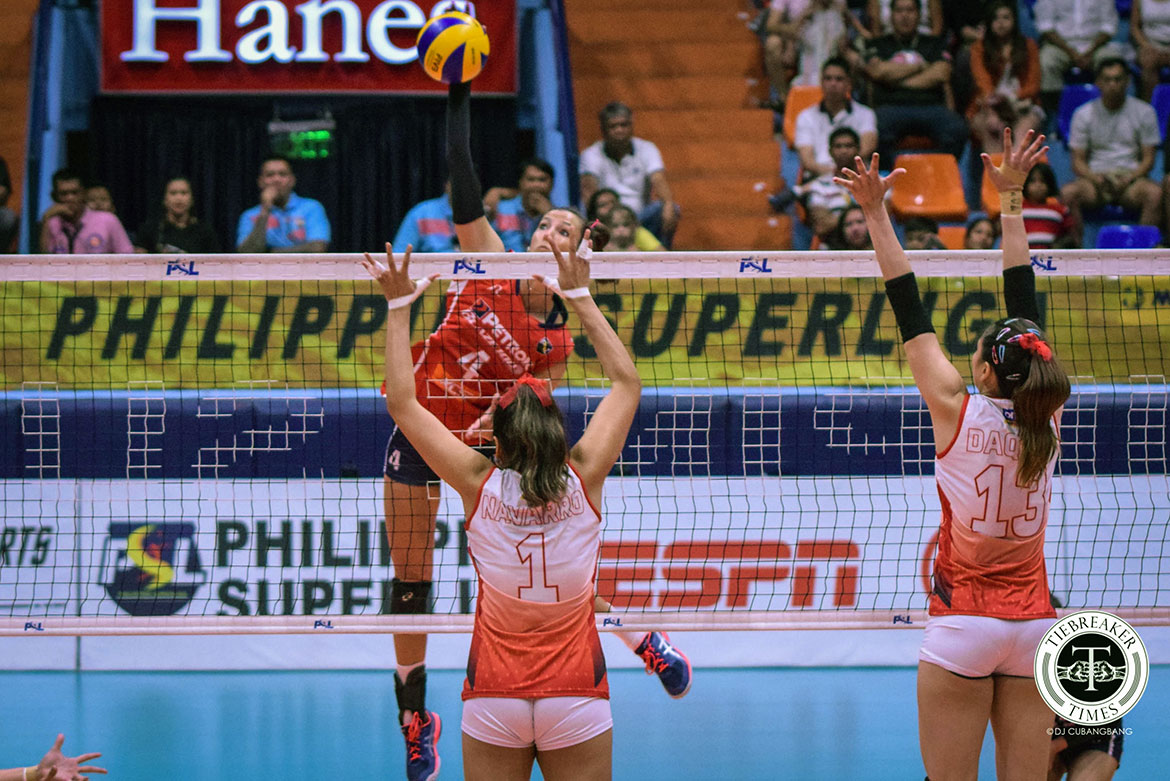 Extending their historic win streak to 16, defending champions Petron Blaze Spikers stepped one game closer to the 2019 Philippine Superliga Grand Prix Finals after stumping the Cignal HD Spikers, 20-25, 25-14, 25-13, 25-18, in Game One of the semifinals at the FilOil Flying V Centre.

Petron played far from their usual overwhelming pace to open the match, as Cignal’s Erica Wilson lit up for eight points in the set alone. Still, that was only the second set the Blaze Spikers dropped this season.

The Blaze Spikers rebounded ferociously, drubbing Cignal in each of the next three sets to cruise to the win.

Petron can enter their 13th overall PSL Finals with a win in Game Two on Thursday at the FilOil Flying V Centre.