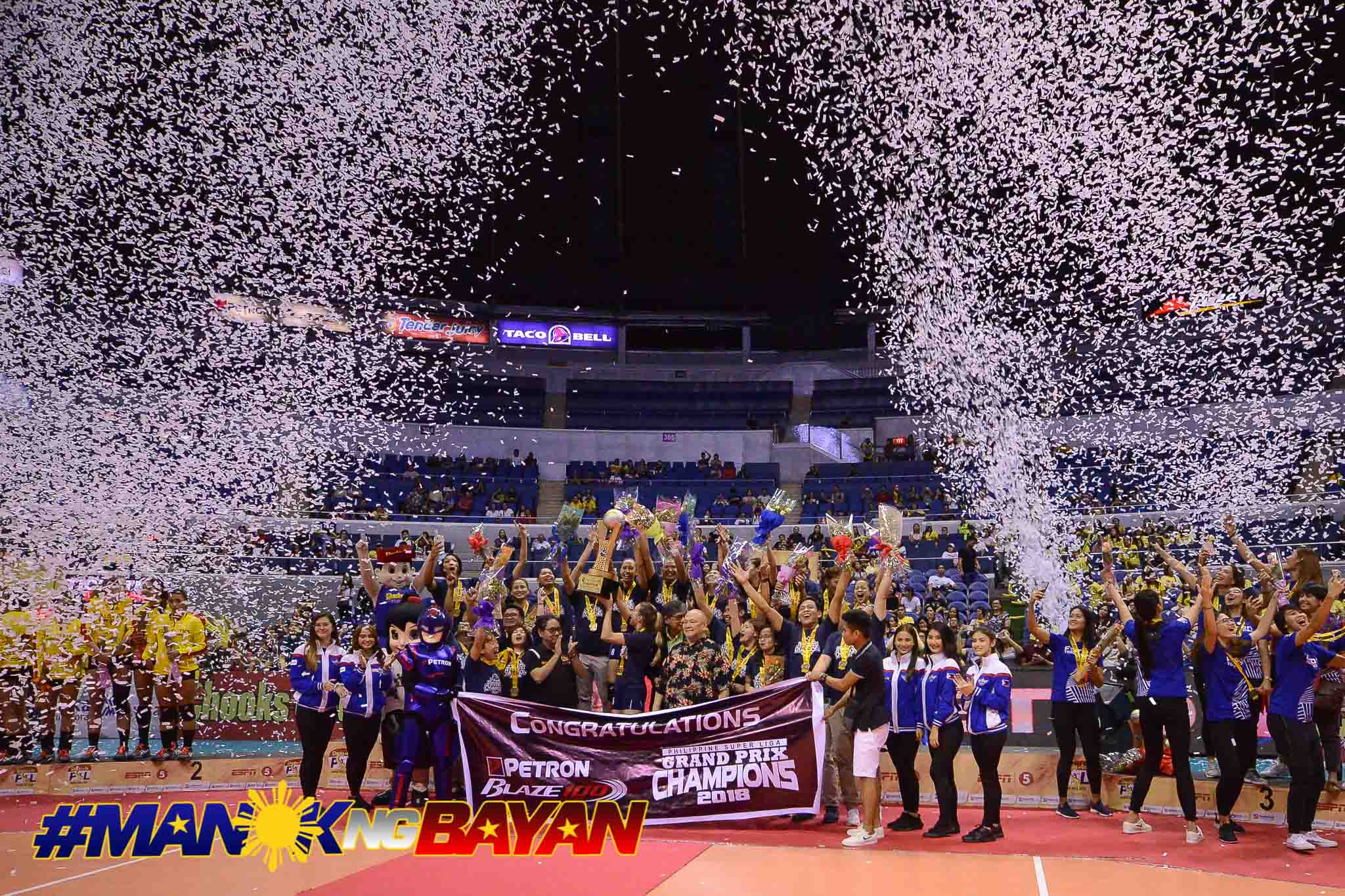 Petron cruised through the first two sets, establishing leads early in each frame and never looking back. F2 Logistics got their bearings in the third set, after consecutive late long rallies went their way and gave them an insurmountable 22-17 lead.

F2 Logistics seemed dead in the water in the fourth set, trailing 2-12. But the Cargo Movers jolted their offense back into form, catching a few breaks to trim the deficit down to three, 11-14. Petron responded and avoided a late breakdown, similar to their loss in the finals last season. Petron imports Katherine Bell and Lindsay Stalzer scored the crucial points down the stretch to lift the Blaze Spikers to their second Grand Prix conquest.

Katherine Bell, who came in to replace Hillary Hurley in the semifinals, topped Petron with 28 points and finished the Finals averaging 28.33 points per match.

“I honestly didn’t feel like I deserved MVP tonight. My teammates were the MVP. They did an amazing job of pulling together and getting us across the finish line,” said the emotional Stalzer, who finished her fifth campaign in the PSL.

The Cargo Movers claimed their second PSL silver to go along with two championships.

The Blaze Spikers cemented their place as the winningest franchise in the PSL with their fourth league title.