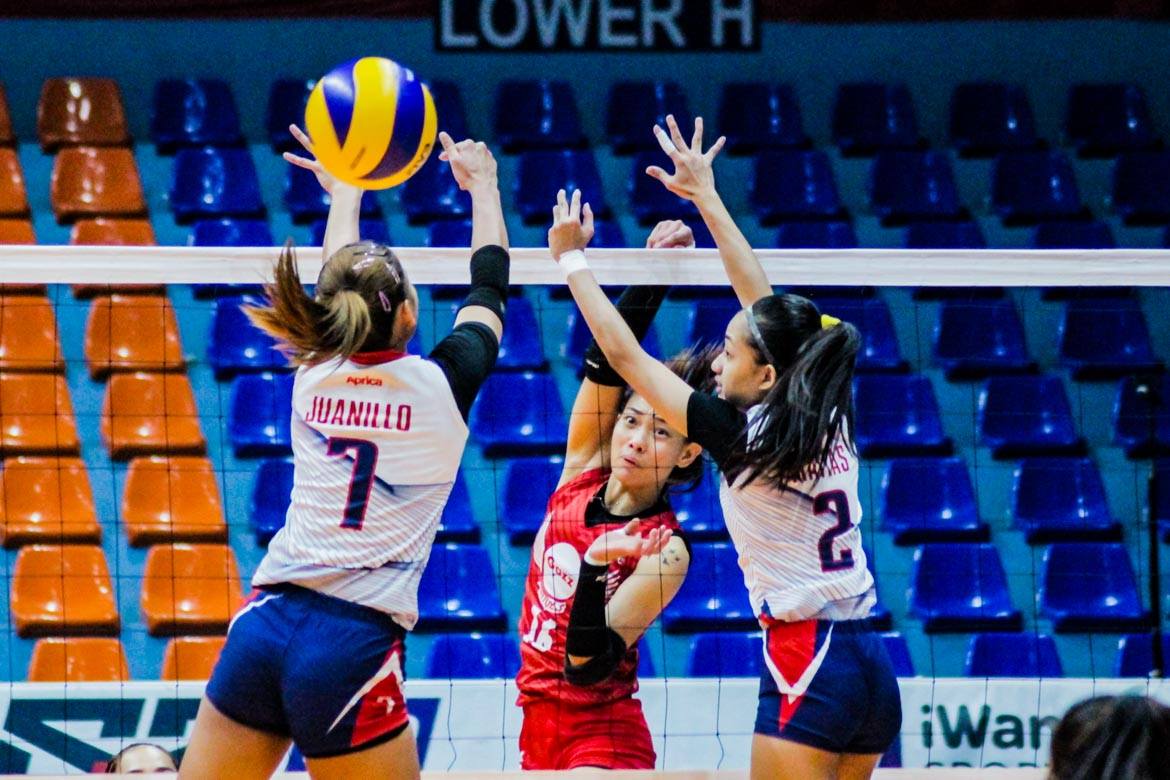 Behind a well-rounded offensive barrage, the Petro Gazz Angels made short work of the Chef’s Classics Red Spikers, 25-21, 25-14, 25-12, to extend their streak to seven in the 2019 PVL Open Conference, Wednesday at the FilOil Flying V Centre.

The Angels soar to an 8-2 card to tighten their grip of solo second.

The reliable trio of Jonah Sabete, Jovie Prado and Cherry Nunag orchestrated the straight-set drubbing of the Lady Red Spikers, who remain winless in 14 games.

Sabete continued to be the consistent source of offense for the Angels. She poured in 12 points built on nine attacks and three kill blocks, while collecting 12 excellent digs.

Prado and Nunag supplemented 10 markers apiece. The former dealt damage from the service area with four aces on top of six attacks, while the latter anchored on defense with four kill blocks and two service bombs.

The Angels seek to keep their hot streak alive when they face the PacificTown-Army Lady Troopers on October 5, Saturday, in Iloilo City. On the other hand, Chef’s Classics will try to end their dry spell against the BanKo Perlas Spikers on October 6, Sunday, at the FilOil Arena.

UP sets Perasol appeal in motion