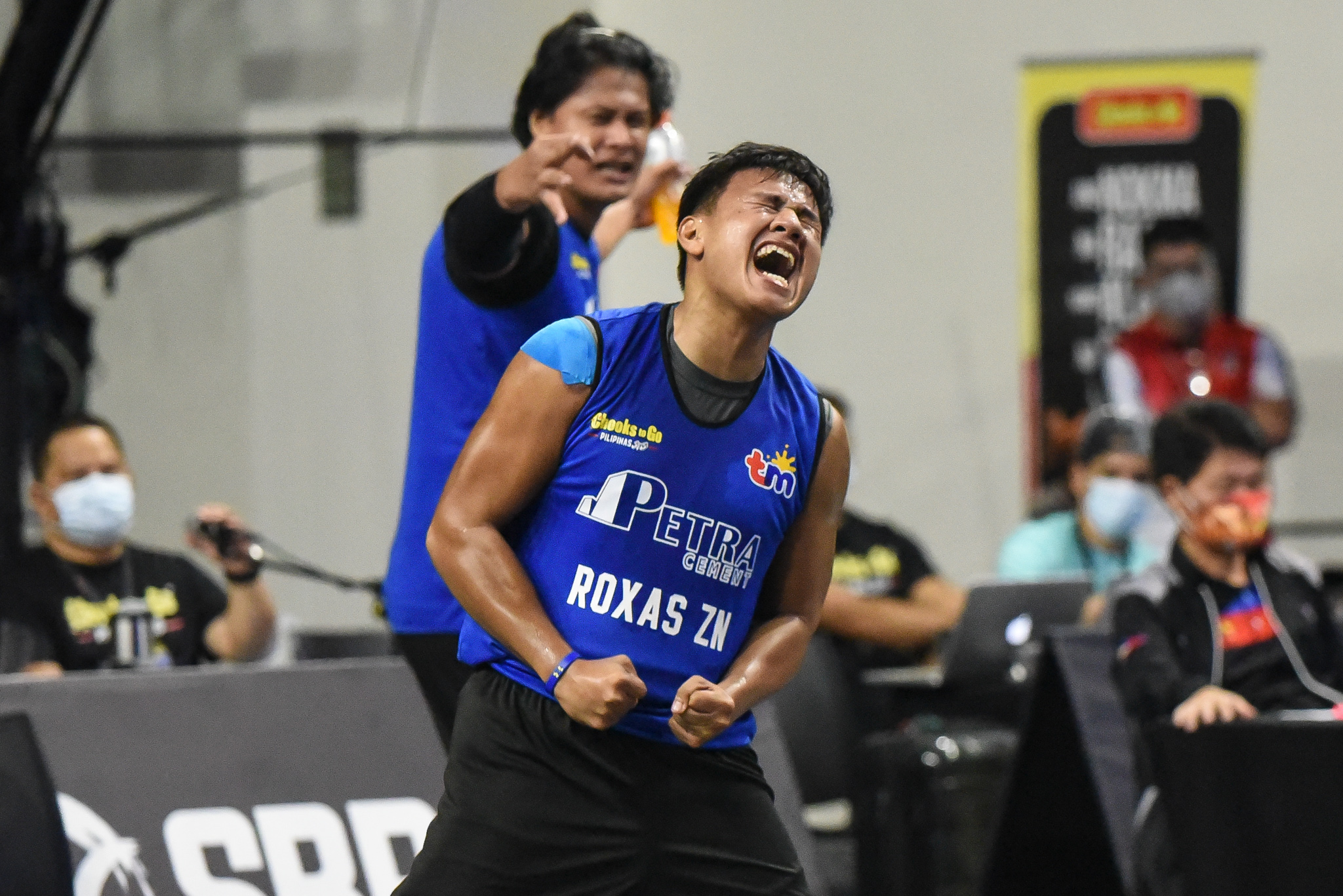 CALAMBA, LAGUNA – All stats were definitely thrown out the window during the Qualifying Draw of the 2020 Chooks-to-Go Pilipinas 3×3 President’s Cup powered by TM, Friday at INSPIRE Sports Academy here.

This as erstwhile-winless team Petra Cement-Roxas ZN stunned Sarangani, 21-17 (9:09.5), to advance to the quarterfinals of this tournament.

Losing all eight of their games in the four legs of this tournament endorsed by FIBA 3X3, sanctioned by the Samahang Basketbol ng Pilipinas, and supervised by the Games and Amusements Board, the Rockies showed no glimpses of it in the do-or-die contest.

Knotted at 17-all, Janus Lozada backed down Pamboy Raymundo, scoring on back-to-back baskets to give his side a two-point edge.

Nikki Monteclaro completed the upset with a line drive, top-of-the-arc deuce for the win.

The Rockies will next face third seed Nueva Ecija in the knockout quarters in this tournament that has P1,000,000 as top prize.

Ababou, the no. 3-ranked 3×3 player in the country, had 13 points built on eight one-pointers, three free throws, and a deuce.

Palayan and Bacolod-Master Sardines completed the cast for the elite eight.

#ReadMore  PBA on partnership with EASL: 'It's the beginning of going global'

On the other hand, Anton Asistio and Alfred Batino connived in Bacolod’s 21-10 (5:55) quick win over Bicol-Paxful 3×3 Pro. Asistio had 10 points while Batino chipped in six markers.

Besides the playoffs, also taking place as of publishing are TM side events, Slam Dunk Competition and Two-Point Shootout.