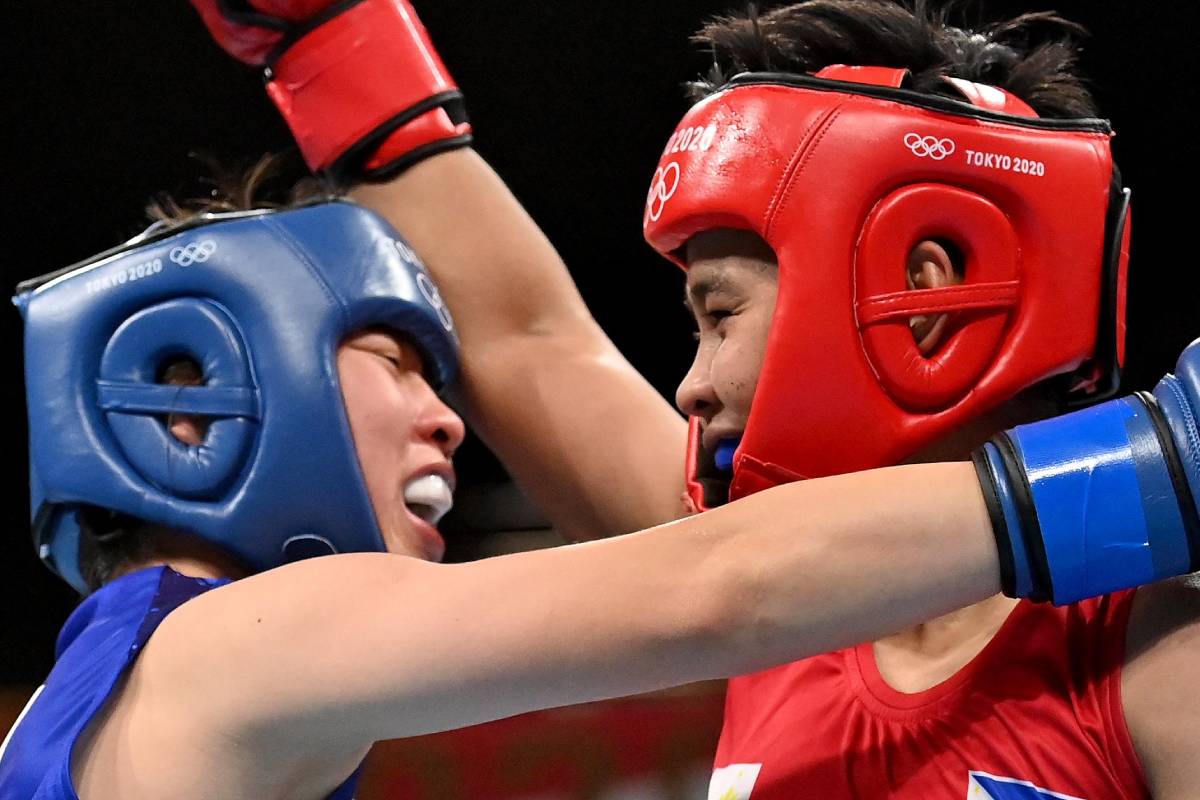 Nesthy Petecio was frustrated by hometown bet Sena Irie in a scrap to settle for silver in the Olympic Women’s Featherweight Boxing tournament, Tuesday at the Ryōgoku Kokugikan.

It was a heartbreaker reminiscent of Onyok Velasco’s loss to Bulgaria’s Daniel Petrov in the 1996 Atlanta Games’ light flyweight final.

Entering the final round in a virtual tie, Petecio started strong by landing a 1-2-3 combination followed by a 1-2. Another step forward 1-2 combo should have put more points on the board for the Davao del Sur-native.

But just as the 20-year-old Japanese had done all bout long, she would clinch Petecio to stop any momentum her opponent was getting. Short punches and counters by Irie closed the bout.

Four of the five judges saw the bout in favor of Irie, 29-28. Meanwhile, the fifth judge, Manuel Vilarino of Argentina, scored the bout 30-27 for Irie.

Petecio’s silver is the Philippines’ second medal of the Games.

“This means a lot to me,” Petecio told a well-attended press conference, the first for the Tokyo Olympics boxing competitions. “I dedicate this fight to my country, my family, and my best friend, who died last February.”

“But most especially, I dedicate this silver medal to my coach, Coach Boy [Nolito Velasco] for his tireless effort to bring me to where I am now.”

The entire nine-minute bout was a pure grind for the two pugilists greatly familiar with one another.

Jabs were aplenty for Irie to open the bout, with several clinches, when Petecio was trying to storm right back. Yes, the young Japanese played a cerebral game for the entire match-up as German referee Susann Kopke was more relaxed than usual with clinches.

Petecio got her footing in the second round, clearly showing that the clinches did not affect her one bit. Still, Villarino scored the round in favor of Irie.

This is the fourth encounter between Petecio and Irie in the last two years with Irie now taking three wins.

Back on April 19, 2019, Irie made her amateur boxing debut at the age of 18 in the ASBC Asian Confederation Boxing Championships. Unranked back then, she drew Petecio and stunned her.

Their rematch came six months later, this time in Ulan Ude, Russia during the World Women’s Boxing Championships. Of course, Petecio was able to get the win back with a majority decision win en route to the world title.

Then came the Olympic Qualifiers in Amman, Jordan back on March 9, 2020.

Petecio, the top seed in the featherweight division, sustained a tough unanimous decision loss at the hands of Irie.

Despite the loss, it was still a gallant campaign for Petecio, who dominated Congo’s Marcelat Sakobi Matshu in the first round. She then stunned top seed Lin Yuting in the next, before dominating Colombia’s Yeni Arias in the quarterfinals. At the last, she chopped down Italy’s Irma Testa to get to the final.

Petecio said she won’t give up on her Olympic dream.

The fight was marked by a lot of clinching, and that was a discomfort for Petecio.