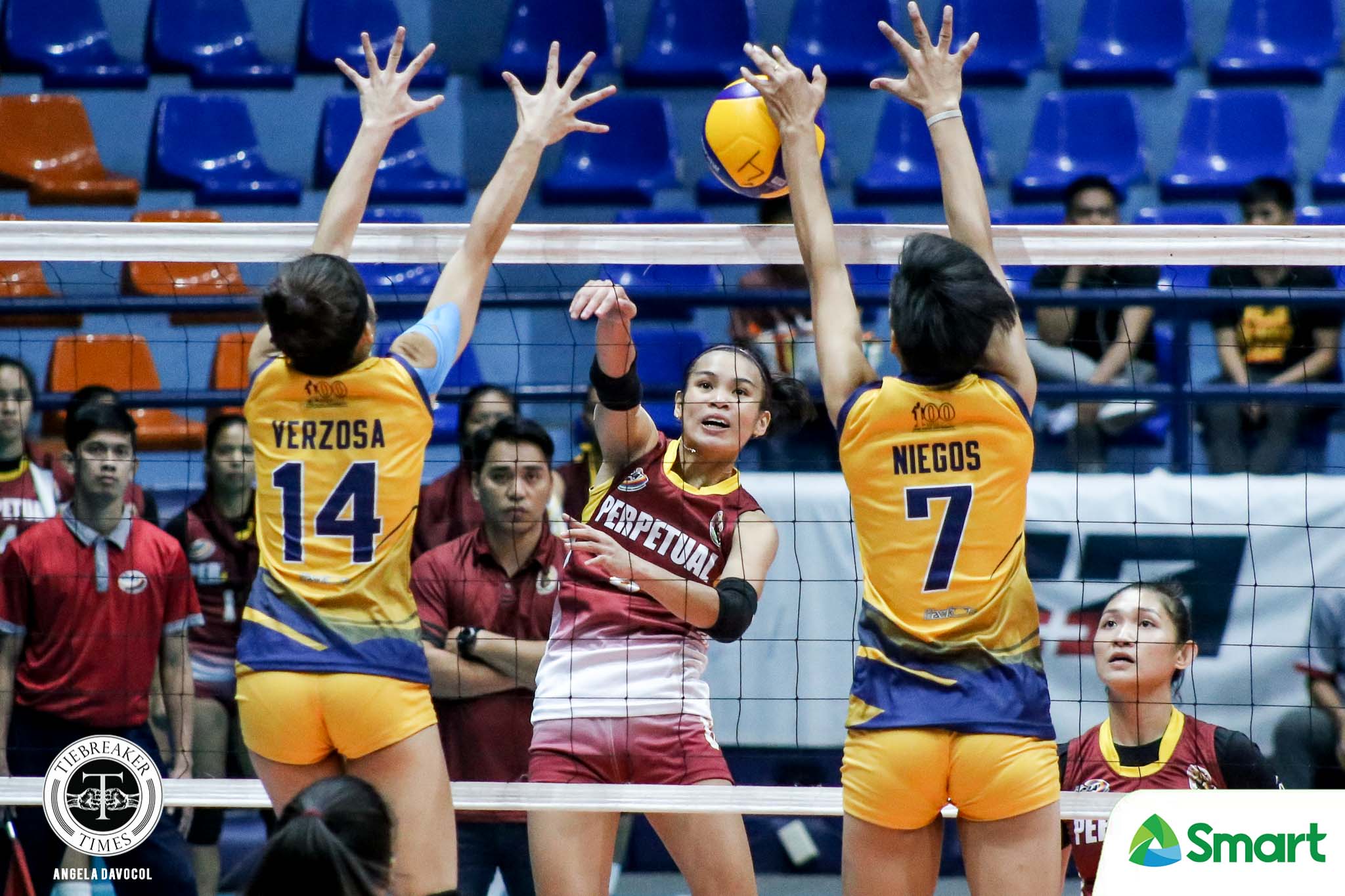 Jhona Rosal and Shyra Umandal ended with double digits in points with 15 and 10, respectively. Rosal paced the Lady Altas in attacks with 13 of the team’s 44; meanwhile, Umandal led in serves with two. Both players each also denied two JRU hits.

The Lady Bombers kept the game close as they continued their improved net defense, ending with eight blocks for the game. Unfortunately, their 25 errors — especially those at the tail-end of each of the sets — sealed their fate.

Team captain Dolly Verzosa was the only JRU player in double digits, with 13 markers off 11 attacks and two blocks.

The Lady Altas will try to continue their winning form when they clash with Arellano University in a rematch of the last year’s Finals on Wednesday, January 29, at 12 nn. Meanwhile, the Lady Bombers will attempt to bounce back against winless Emilio Aguinaldo College (0-4) on Thursday, January 30, at 2 p.m.