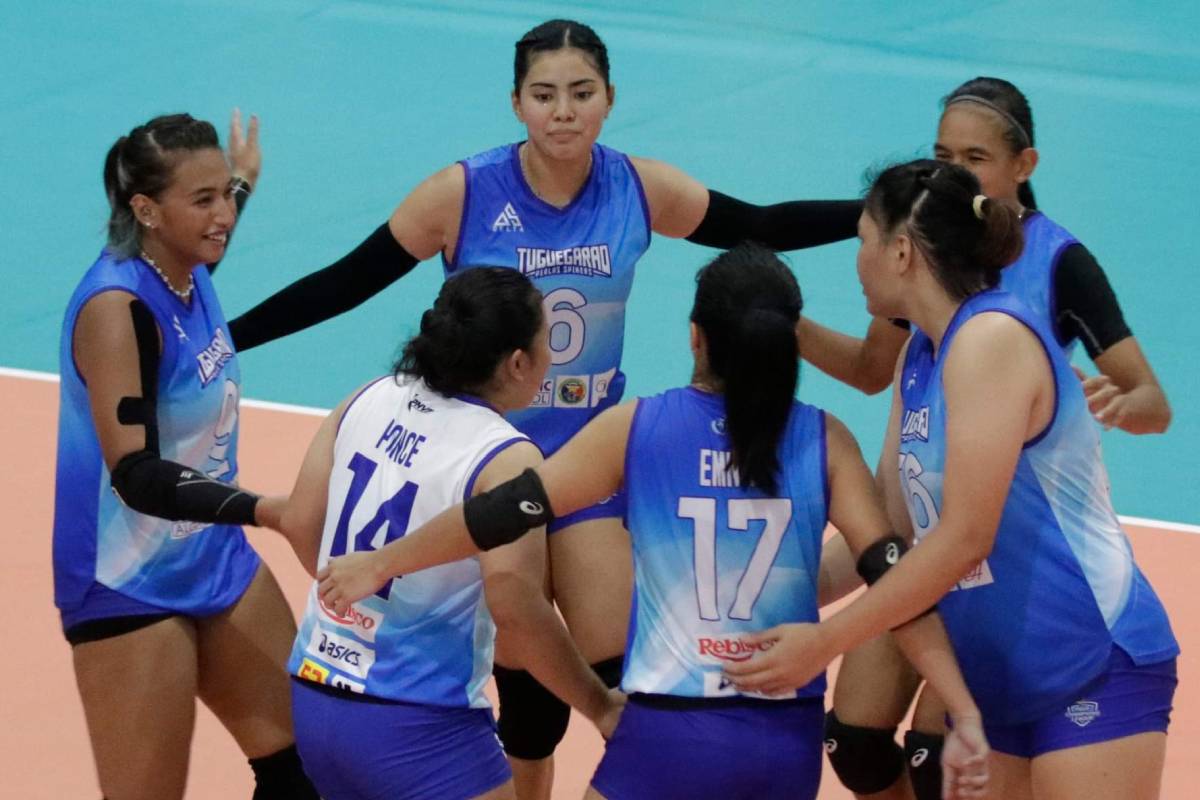 Tuguegarao Perlas barged into the win column after taking down California Sports Precision, 25-20, 25-27, 15-25, 25-17, on the second day of the Philippine National Volleyball Federation Champions League at the Aquamarine Sports Complex in Lipa, Batangas on Sunday.

The Perlas Spikers, after dealing with a pesky CPS in the first three sets, ran away in the fourth frame and led by as much as 10 points, 20-10, off a hit from Heather Guino-o.

A couple of errors from Tuguegaerao kept California Sports Precision in the match, however, a service error from CPS’ side ended the match.

Tuguegarao skipper Nicole Tiamzon put up 18 points and 12 digs in the bounce-back victory while Michelle Morente, who finished with a triple-double in the loss to Chery Tiggo, continued her fine play with 11 points.

The young CPS side showed flashes of brilliance anew coming off its gallant stand against F2 Logistics yesterday, keeping the opening set against Perlas tight before eking out its first set win in the second frame courtesy of Dongallo’s crucial hits.

However, the Jerry Yee-mentored team lost steam in the next two sets as the veterans from Tuguegarao took over.

The Perlas Spikers now have a 1-1 standing while CPS slipped to a 0-2 slate.

Tuguegarao will try to sustain its momentum against Baguio City tomorrow at 10:00 AM while California will look for its first win against Chery Tiggo later that day at 1:30 PM.