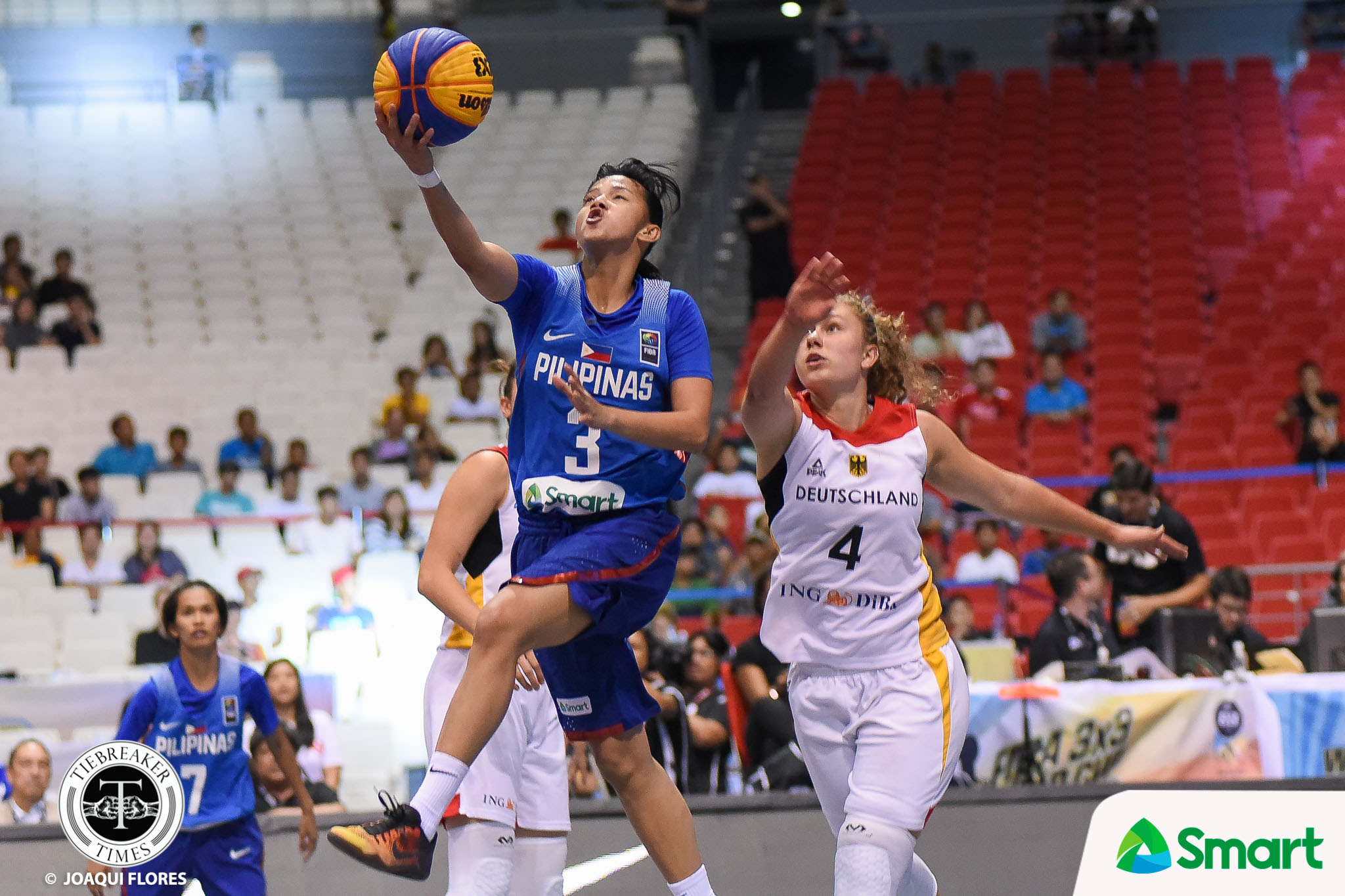 After a dismal first game, Afril Bernardino and Perlas Pilipinas 3×3 put on a better showing against 12th-ranked Germany. However, the Filipinas could not convert late, falling 10-12, Friday evening at the Philippine Arena in Bocaue, Bulacan.

The Philippines falls to 0-2 in Pool D of the 2018 FIBA 3×3 World Cup. Spain leads the group with a 2-0 record followed by a triple tie between Germany, Netherlands, and Hungary.

Perlas started slow and could only score their first bucket a minute and 10 seconds in the contest. But Afril Bernardino put the team on her young shoulders, scoring the Philippines’ next six points to pull within two points with 4:41 left.

A basket by Laura Zdraveski momentarily stopped the bleeding for the Germans, but an inside find by Jack Animam to Janine Pontejos, followed by a Gemma Miranda putback coming off a Pontejos miss, sliced the lead to just a solitary point with 2:19 remaining.

Wiebke Bruns scored on a banker afterwards, but was answered right back by a Miranda bucket. A leaner by Luana Rodefeld gave Germany a two-point edge with 1:18 left.

Perlas was able to get stops, but three triples by Pontejos and another one by Bernardino could not find their mark in the end game.

Perlas 3×3 will face Spain on Sunday, June 10, at 4:20pm. The Filipinas close out their campaign against Hungary on the same day at 7:00pm.