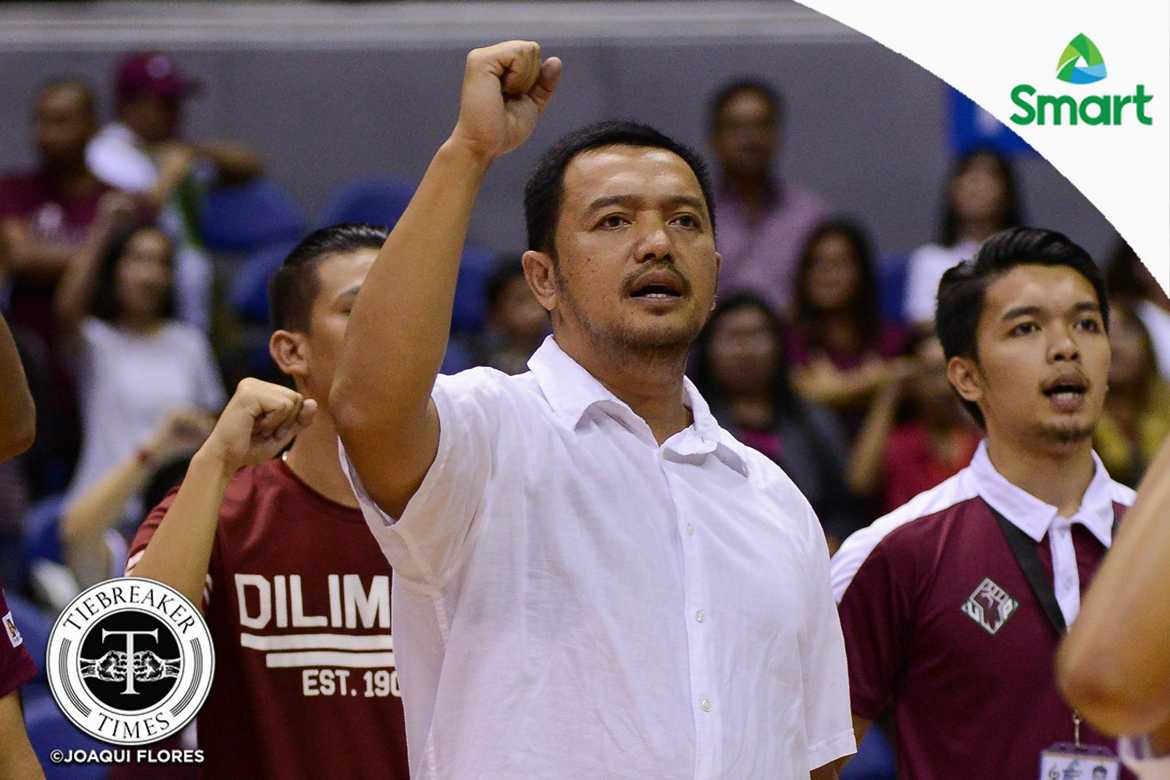 “The greatest decision we made was getting coach Bo.”

This was the sentiment shared by the team officials of the University of the Philippines Fighting Maroons, according to assistant team manager Mel Macasaquit.

Going into his first year with the UP Fighting Maroons, Perasol kept the goals low for the team: win more than three games — the total number of games the team had won a season ago. But after notching their third win of the season last October 12 in a win against the Adamson University Soaring Falcons, the Fighting Maroons dropped close games to the league-leading De La Salle University Green Archers and defending UAAP champions Far Eastern University Tamaraws.

With those losses, doubt started to creep in Perasol’s head.

Wednesday evening, win number four finally happened as the UP Fighting Maroons were able to buck a slow start to send the National University Bulldogs to their sixth straight loss. And once more, another UP curse was broken.

And with the win, the Fighting Maroons are just a game behind a Final Four spot – an unfamiliar territory for UP’s men basketball team.

With just two games remaining in their slate, the UP alumnus is still taking it one game at a time.

“A lot of these things are not in our hands anymore because if Adamson will win lots of games, and Ateneo, then the cast will be complete,” he added.

“But we have to make sure. We have to be ready against UST first and then UE.”

But even given the situation the team is in right now, Perasol is just relieved to deliver on his promise.

“I can’t be a chooser, as I said. Because just getting this fourth win, we’re tremendously happy for this.”