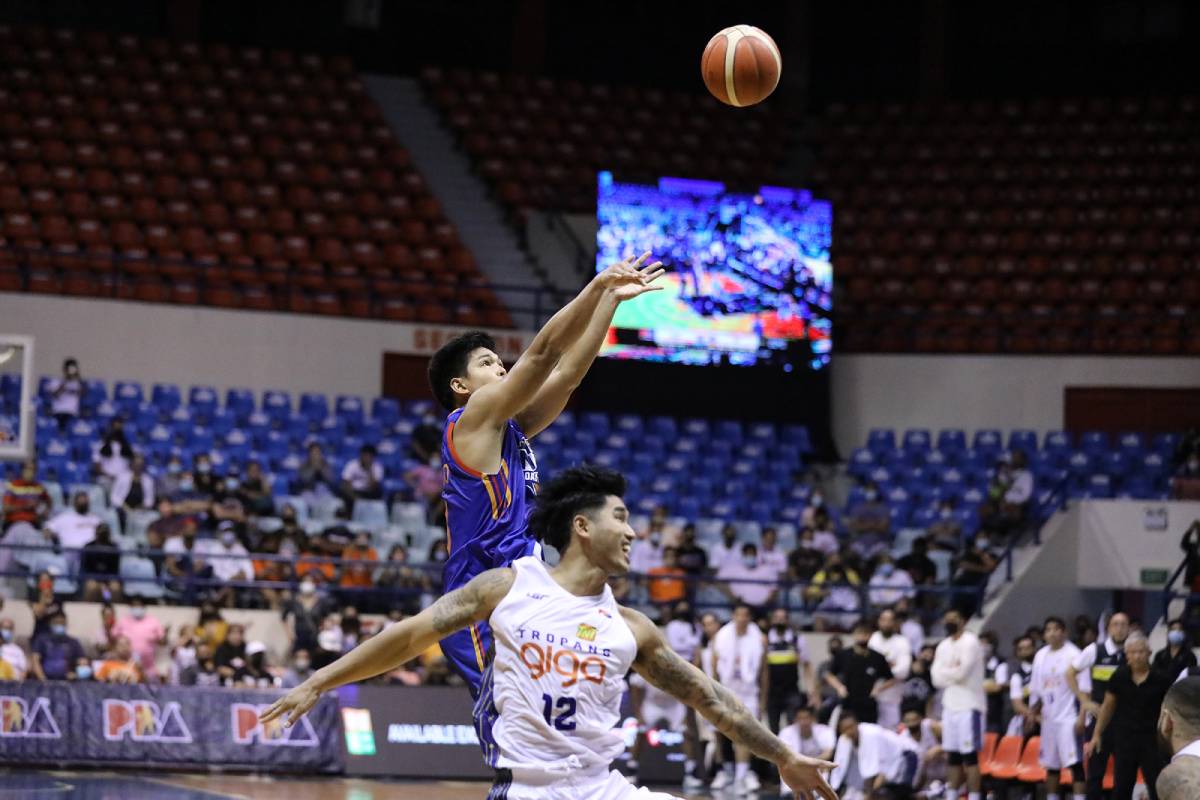 ANTIPOLO CITY – Don Trollano came through in the clutch as NLEX turned back TNT in an all-MVP Group showdown, 90-89, to get back on track in the 2022 PBA Philippine Cup, Thursday evening at the Ynares Center here.

The veteran forward nailed the go-ahead jumper against the defense of Glenn Khobuntin with 2.2 seconds left, and misses by Jayson Castro on the other end led to the completion of the Road Warriors’ rally from 12 points down.

Trollano finished with 11 points and six rebounds as NLEX bounced back from a tough 92-100 defeat to San Miguel Beer last week.

Sophomore Calvin Oftana top-scored for NLEX with 20 points on 6-of-11 shooting from the field in the victory that hiked their record to 2-1.

JR Quinahan made 18 points. Kevin Alas produced 16 points, 11 of which he made in the fourth quarter alone where he powered a 14-2 run that allowed the Road Warriors to tie the game at 80 after staring at a 66-78 deficit.

Alas was also the one who gave NLEX the 88-87 lead following a split with 39.4 seconds left, though it was quickly negated by the clean-up of Troy Rosario on the other end that gave the upper hand back to the Tropang Giga.

But then again, Trollano came up big afterwards, proving to be the thorn in the side of the very same ball club he played for from 2018-19 while also making sure that their lead guard’s efforts would not go in vain.

The win should serve as a big confidence booster for NLEX heading into its meeting with Ginebra on Wednesday, June 22, at Mall of Asia Arena.

TNT, on the other hand, was led by the 28 points of Roger Pogoy, whose 30th birthday celebration got spoiled due to the loss.

Big men Rosario, Kelly Williams, and Poy Erram all finished with 11 points apiece in the defeat, already their second in four outings.

The Tropang Giga will battle another MVP team in Meralco on Saturday, June 18, 7:15 p.m. still at the Ynares Center.