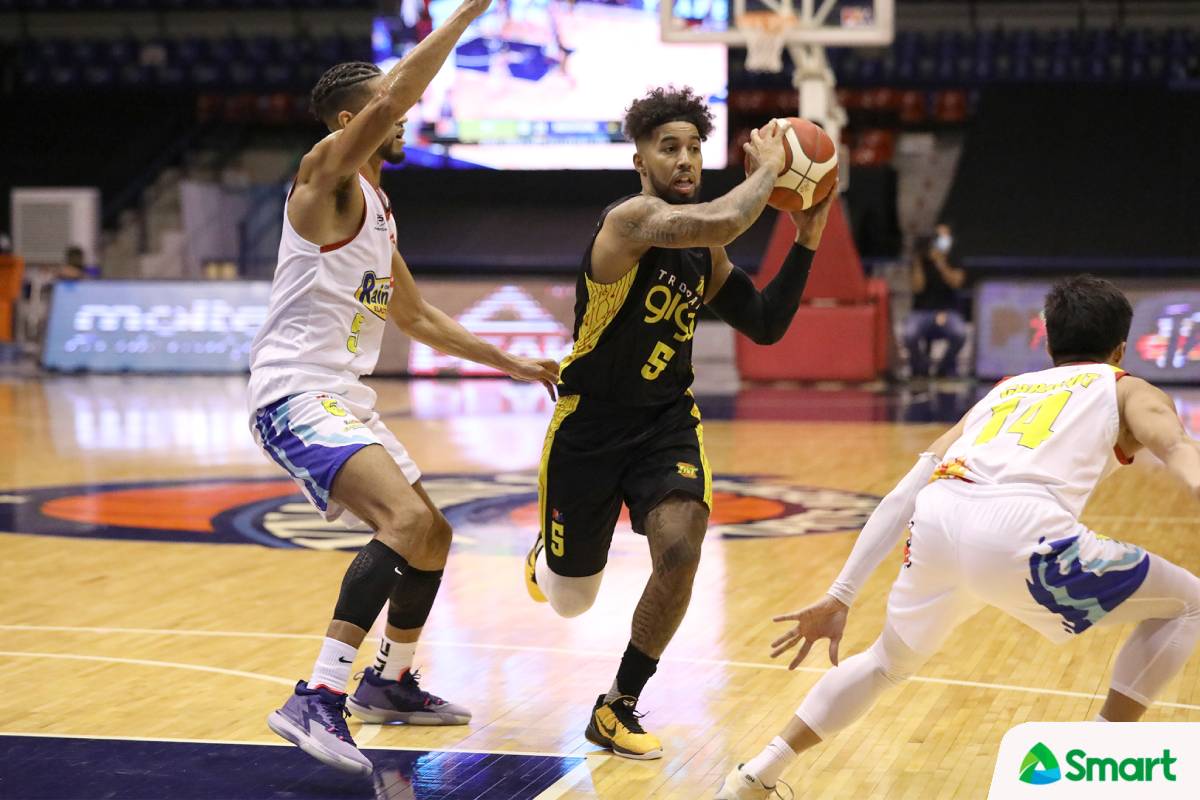 TNT needed some luck to escape Rain or Shine, 95-92, to end the year with a win in the PBA Governors’ Cup, Sunday night at the SMART Araneta Coliseum.

The Tropang Giga almost gave up their 13-point advantage no thanks to the exploits of Henry Walker, who powered the Elasto Painters’ 11-0 blast to pull within just one with 42.3 seconds remaining in the game.

Furthermore, Beau Belga was called for a foul underneath in a battle for the rebound, which sent Poy Erram to the line. The 6-foot-7 slotman went on to sink both of his free throws to settle the final count.

“One of the big things that we continue building in our team is agility — understanding that the current, the reality that we’re playing in is really unpredictability,” said head coach Chot Reyes.

Taking the place of the injured McKenzie Moore, the American cager finished with 13 points and 10 rebounds in nearly 39 minutes.

“We really expected to struggle, because it’s the first time that our players would even get a chance to play with Fuller. So we expected that struggle, we were not surprised, we were not disappointed early,” said Reyes.

Roger Pogoy supplied 18 points, as Ryan Reyes and Jayson Castro added 11 apiece in the victory that hiked the Tropa’s card to 2-2.

Rain or Shine was led by Walker with a conference-high 32 points and nine rebounds in the defeat — their second in four outings.

Javee Mocon had 13 points, while Jewel Ponferrada added 12 for the Elasto Painters, who actually opened the game with a 24-9 lead.