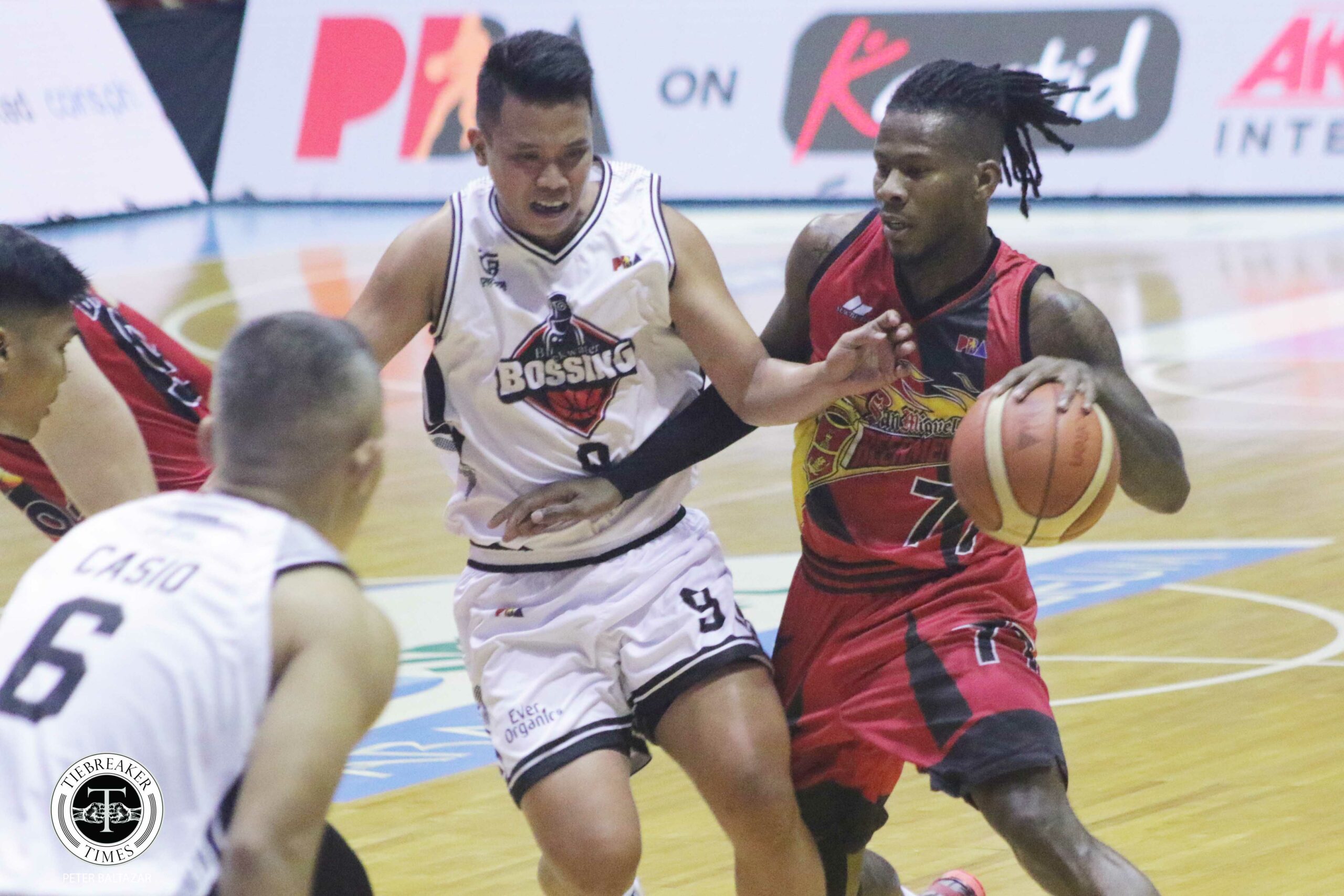 It was far from what happened a couple of weeks ago.

San Miguel clearly didn’t want a repeat of its last encounter with Blackwater as it kicked the latter out through a harsh 123-93 beatdown to reach the PBA Philippine Cup semis, Wednesday night at the SMART Araneta Coliseum.

Unlike their elimination round meeting last July 10, the Beermen no longer allowed the match to reach an extra five minutes, jumping to a blazing 24-8 start that left the struggling Bossing befuddled all the way to the end.

“It’s a different situation and we were on top of the standings at that time. This is the quarterfinals. They are well-motivated. They know the glory of winning the quarterfinals to get to the semis,” said San Miguel head coach Leo Austria.

A whopping seven players scored in double figures in the dominant win, with Marcio Lassiter leading the way with 18 points on six three-pointers — the top-seeded crew, as a whole, went 18-of-37 from beyond the arc.

CJ Perez also had 18 points. Jericho Cruz fired 17 points, Vic Manuel and Mo Tautuaa made 12 each, while June Mar Fajardo and Simon Enciso finished with 11 apiece as a total of 11 players scored at least four in the win.

Such a spread-out attack was big thanks to the 33 assists they racked up, 12 of which came from lead floor general Chris Ross, who returned ahead of schedule from the knee injury he suffered last June 17 versus Magnolia.

“The assistant coaches kept the players in shape and you saw them playing like a well-oiled machine,” said Austria, who was out for a while along with some key cogs as they were placed under the league’s health and safety protocols.

SMB will now await the winner between Ginebra and Meralco for their semis foes, both teams that they have history with most recently with the Bolts, whom they’ve not beaten in the playoffs since the 2020 Philippine Cup quarters.

Meanwhile, Ato Ular led Blackwater with 15 points in the loss.

Baser Amer had 13 points, Barkley Ebona had 12, while James Sena and Mike Ayonayon chimed in 12 for the Bossing, who ended the conference with six consecutive defeats after that impressive 5-1 start.