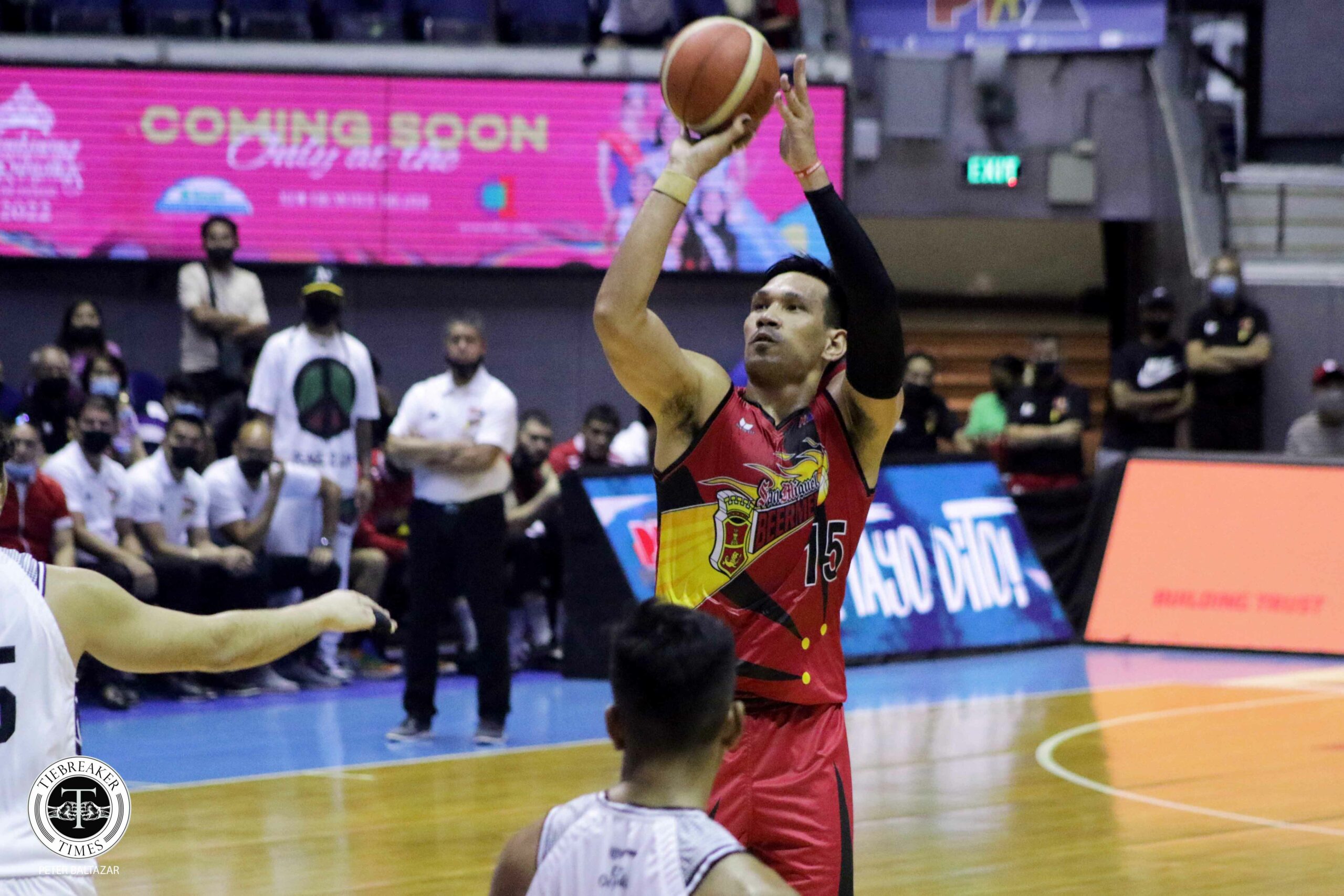 San Miguel continued its hot streak, stretching it to five straight wins at the expense of the hot Blackwater in overtime, 110-107, in the 2022 PBA Philippine Cup, Sunday at the SMART Araneta Coliseum.

June Mar Fajardo made up for his two misses from the stripe late in the fourth quarter with two made freebies with 5.2 seconds left in OT to go ahead by three.

Then Rashawn McCarthy missed badly on his three-point attempt that could’ve sent the match to a second overtime.

“We thought na it’s all over na after the third quarter but Blackwater showed some character in the endgame,” said Beermen head coach Leo Austria.

San Miguel squandered a 21-point lead in the fourth quarter, capped by Fajardo’s misses with 3.3 seconds to go that allowed the match to extend to an extra period, 97-97.

Fajardo finished with a monster stat line of 25 points on 8-of-12 shooting to go with 18 rebounds, three steals, and three assists.

Jericho Cruz followed up his 30-point explosion against TNT with 25 points, four rebounds, and four assists.

The Beermen seek to make it six consecutive victories on Thursday against the winless Terrafirma at 5:15 pm at the Big Dome as well.

“After watching Blackwater’s past games, I know this will be tough for us,” said Austria.

Baser Amer had 17 points, while Jvee Casio chalked up 15 in the defeat.

The Bossing will look to return to the win column on Wednesday, 3 pm against Rain or Shine at the same venue.