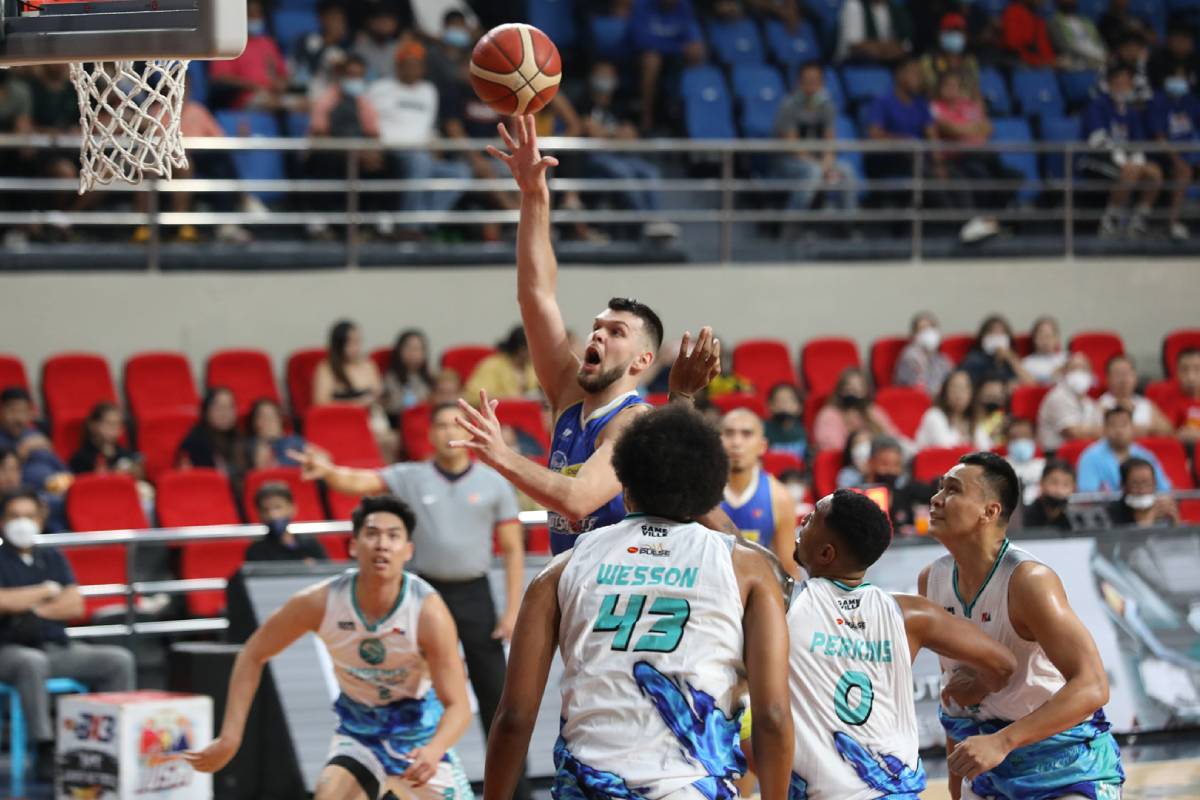 Nick Rakocevic was undeniably the difference as Magnolia warded off a gritty Phoenix Super LPG, 102-95, to complete half of the PBA Commissioner’s Cup semifinal cast, Friday evening at the Philsports Arena in Pasig.

Playing through a sprained ankle he suffered in the third, the Serbian workhorse presided over the Hotshots’ fourth-quarter rally for the much-needed separation, sparking an 8-0 run for the 94-86 lead with 3:26 left to play.

He finished with 18 points and 13 rebounds, together with two assists, four steals, and a game-high five blocks as the SMC-owned ball club became the second team after Bay Area to reach the penultimate phase set next week.

“I think it was just the adrenaline and the support I had from my coaches and teammates,” said Rakocevic of withstanding pain to finish the game.

Calvin Abueva was also instrumental in closing the game out, nailing key baskets down the stretch for 19 points to top-score for Magnolia, who missed head coach Chito Victolero as he’s placed under health and safety protocols.

“Bago nawala si Coach Chito today, the games prior to this, he was injured. He was not able to do 100 percent of his coaching duties,” offered lead deputy Jason Webb as Victolero is still recovering from an Achilles injury.

“And then, ito nangyari. Lahat ng mga assistant coaches, all of us, at least ready na kami na kahit na papaano that Coach Chito won’t be there,” he continued.

Mark Barroca supplied 16 points, Paul Lee made 15, while Adrian Wong added 11 markers for Magnolia, who will now wait for the winner between Barangay Ginebra and NorthPort for its opponent in the best-of-5 semis.

Tyler Tio, meanwhile, had 18 points to lead Phoenix, who was undermanned as a total of five players — including RJ Jazul and RR Garcia — were out after being placed under health and safety protocols.

Still, the Fuel Masters gave their heavily-favored counterparts a major scare, even taking a 67-62 lead during the third quarter — a time when their foes went all-Filipino as Rakocevic was on the bench in pain.

That set up a tight encounter onwards, with Kaleb Wesson tying the game up at 86-all midway through the final period. Then again, Rakocevic was there to spoil whatever plans Topex Robinson’s wards had in mind.

“Actually, they didn’t look undermanned,” Webb said. “They gave us a lot of matchup problems because they played big. We weren’t actually ready for that. It took a while — it took us until the fourth quarter before we finally figured it out.

“They tried to go for the mismatches. Credit to that team. They kept us off-balance the entire time,” he added. “‘Yung will na lang ng mga bata ‘yung nag-prevail nung dulo — the veterans, even the guys on the bench.”

Wesson had 16 points, 12 rebounds, and nine assists, with four blocks for the hard-fighting Phoenix. Encho Serrano had 16 points as well, while Javee Mocon and Jason Perkins chimed in 12 markers apiece in the defeat.

#ReadMore  Diaz does not mind back-to-backs, just grateful that Perlas can play