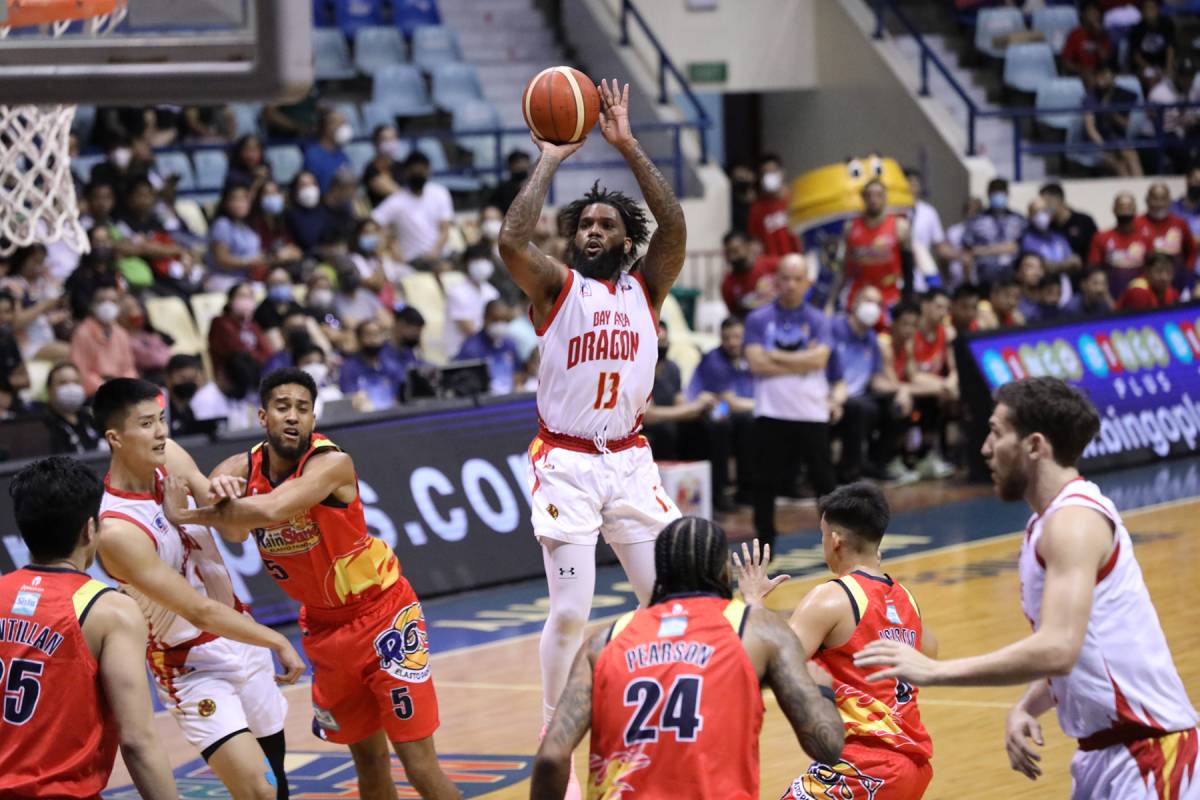 ANTIPOLO — Myles Powell proved Bay Area right for bringing him back, turning in a monster performance to power the guest team to a 120-87 rout of Rain or Shine in the PBA Commissioner’s Cup, Friday at the Ynares Center here.

Chosen over Andrew Nicholson, the 6-foot-2 guard finished with 50 points on 11 three-pointers, on top of 10 rebounds and a pair of assists as the Dragons bounced back from their sorry loss to Meralco to improve to 7-2.

“I was excited to get back out there with my brothers,” said Powell, whose 11 treys equaled the fourth all-time most among imports and sixth all-time among all players, per league stats chief Fidel Mangonon III.

The ex-NBA cager already had 30 points in the first half, which saw him score 14 straight to give his side a 51-42 lead with 3:14 left in the second period.

He would then reach the half-a-century mark just in the third quarter alone, and was taken out with 2:22 left in the said chapter, never to return as the rest of Bay Area finished the job to tie Converge at no. 2 in the standings.

“There’s a huge advantage to being in the Top Two. We’ve learned that,” said head coach Brian Goorjian. “We have an understanding of that. So, we’re going to do whatever we can to try to get into the Top Two positions.”

Seven-foot-five slotman Liu Chuanxing was the only other double-digit scorer for the Dragons with 11 points and nine rebounds, although a total of 10 players scored at least two points in the impressive victory.

“There’s no doubt our Americans can play. The others … they’re playing against quicker and, a lot of times, more mature, tougher guys, and they’re growing. They’re getting better,” Goorjian said. “And tonight was, by far, the best game we’ve played.”

The visiting ball club’s dominant showing spoiled the debut of import Ryan Pearson for Rain or Shine. The replacement for Steve Taylor Jr. only finished with nine points as he only had a day of practice with his new team.

Anton Asistio led the Elasto Painters with 20 points in the loss that saw them trail by as many as 32 points, indeed a tough pill to swallow considering that they held a seven-point lead in the game’s early goings.

Rey Nambatac chipped in 12 markers for RoS, who’s now tied at seventh with NorthPort with a 4-5 record.

Both teams will see action again on Sunday, November 13, at the SMART Araneta Coliseum. Bay Area opens the twin bill versus the skidding NLEX at 4:30, while Rain or Shine battles Converge at 5:45 p.m.