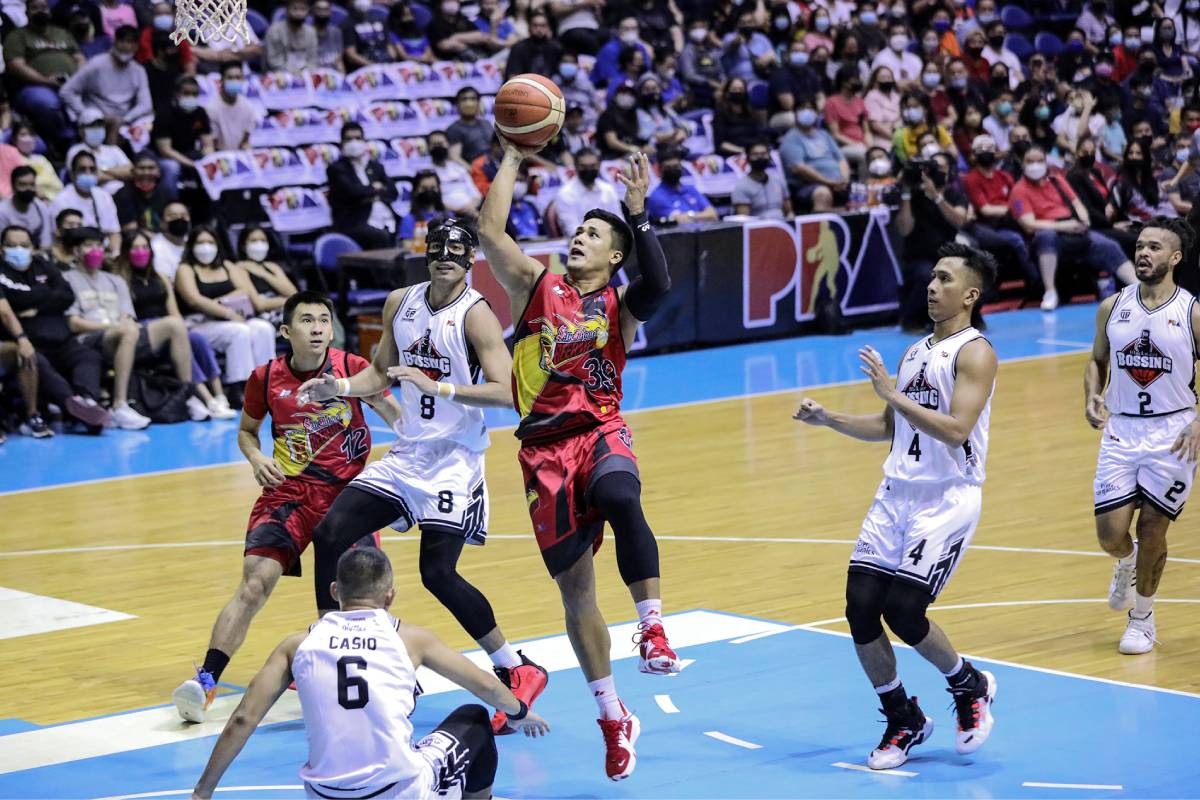 It did not take long for Jericho Cruz to find his niche at San Miguel.

Playing only in his second conference with the Beermen, Cruz is already making a huge difference for a team raring to reclaim lost glory in the PBA Philippine Cup.

Cruz, 31, did not only step up but rose to the occasion and embraced his role, eventually forming a lethal scoring troika with June Mar Fajardo and CJ Perez for San Miguel’s league-leading 8-1 record.

His heroics included back-to-back career-best outings for a searing average of 27.5 points behind a scorching 57-percent shooting in the Beermen’s two huge wins against TNT Tropang Giga and Blackwater.

Cruz also had 3.5 rebounds and 3.5 assists to earn the unanimous nod as the Cignal Play-PBA Press Corps Player of the Week for the period July 6-10.

With the Beermen continuing to miss the services of top guns Terrence Romeo, Chris Ross, and Vic Manuel to injuries as well as workhorse Rodney Brondial (health and safety protocols), the 6-foot-1 guard made an impressive account of himself behind a 30-point eruption against TNT last week.

It was the best career output for Cruz, the ninth overall pick in the 2014 draft, erasing his previous personal best of 25 points as the Beermen scored a 115-99 rout of the reigning champion Tropang Giga.

And if that’s not enough, the former Adamson stalwart followed it up with a 25-point outing in the Beermen’s 110-107 overtime escape act against Blackwater to shore up their drive for a top-two finish and a twice-to-beat bonus in the quarterfinals.

More than his offensive contribution, Cruz served as one of SMB’s key defensive cogs, highlighted by his crucial stoppage in regulation to foil another game-winner by red-hot Blackwater guard Baser Amer.

Cruz credited the Beermen’s improving chemistry for their surge laced by five straight wins to boost their redemption bid after failing to go deep in the last two editions of the conference they used to dominate.