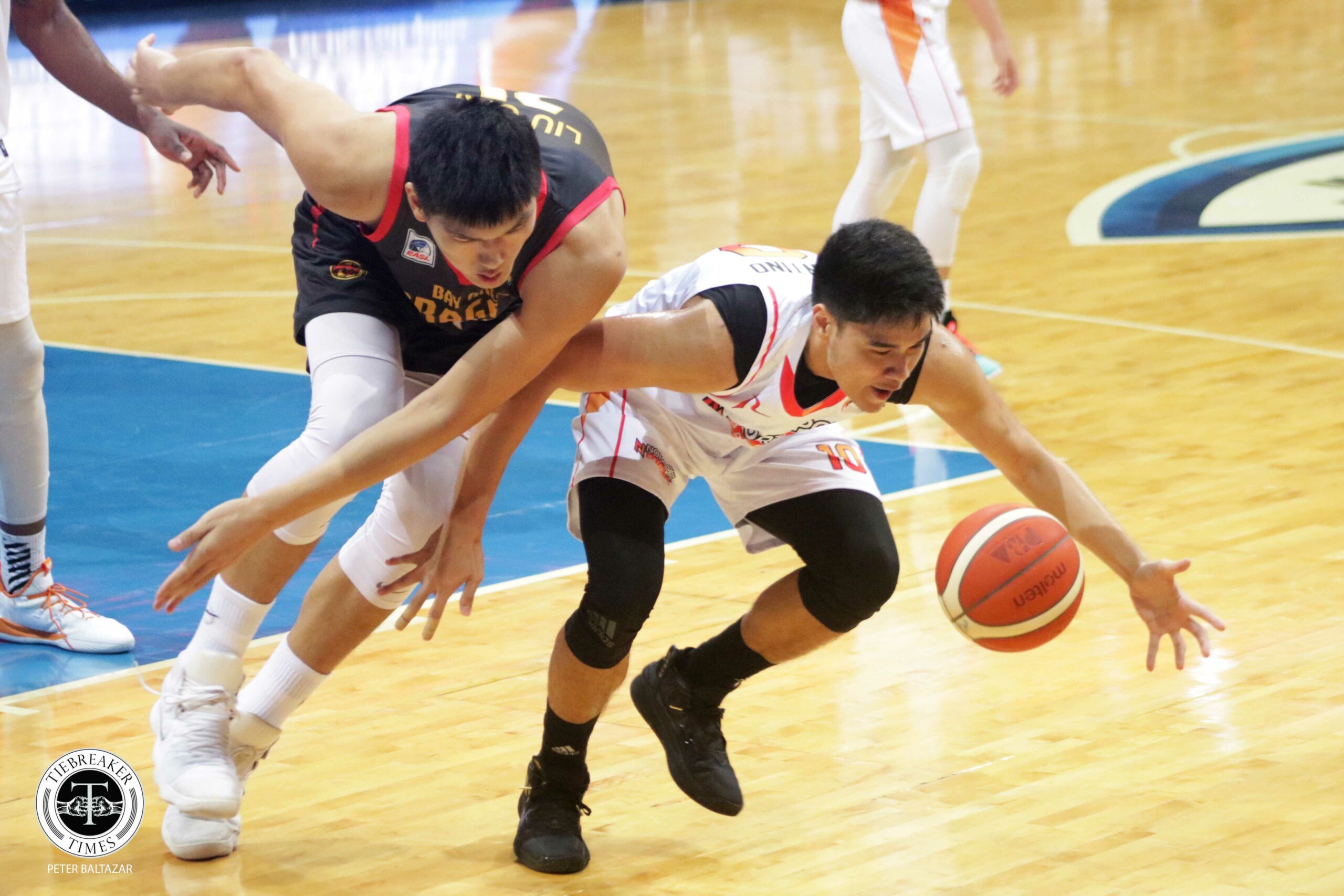 It did not take long for Arvin Tolentino to feel right at home at NorthPort.

A day after his transfer from Barangay Ginebra in a huge trade that centered on sophomore big man Jamie Malonzo, the sweet-shooting gunner quickly made his presence felt in a smooth transition under his new team early in the 2022 PBA Philippine Cup.

The 6-foot-5 wingman from Far Eastern University stepped up to the plate and provided much-needed firepower for the Batang Pier, who came seconds away from slaying the PBA powerhouse guest team Bay Area Dragons in a thriller over the weekend.

Tolentino was everywhere in his first two games with the Batang Pier, scattering averages of 19.0 points, 8.0 rebounds, 4.0 assists, 2.5 blocks and 2.0 steals as the team split its first two games on opening week.

His all-around numbers included an impressive 47-percent accuracy (7/15) from downtown, thus earning a unanimous nod as the tournament’s first Cignal Play-PBA Press Corps Player of the Week for the period Sept. 21-24.

Tolentino said it’s a product of his readiness to step up whenever his name is called and the desire to simply perform for his new team.

Tolentino, indeed, proved his point with a roaring debut for Northport.

With little time to adjust, he posted 16 points, six rebounds, seven assists, two steals and four blocks as the Batang Pier pulled off a 92-89 comeback win versus Phoenix Super LPG.

Tolentino did not shy away even against the taller Dragons the next game, hauling down a double-double of 22 markers, 10 boards and three steals, though the Batang Pier fell just short, 105-104, after a Myles Powell’ game-winning trey at the buzzer.

Also considered for the weekly citation being handed out by the men and women regularly covering the PBA beat were Tolentino’s NorthPort teammate Robert Bolick, Blackwater’s Baser Amer, Troy Rosario, and Rashawn McCarthy.