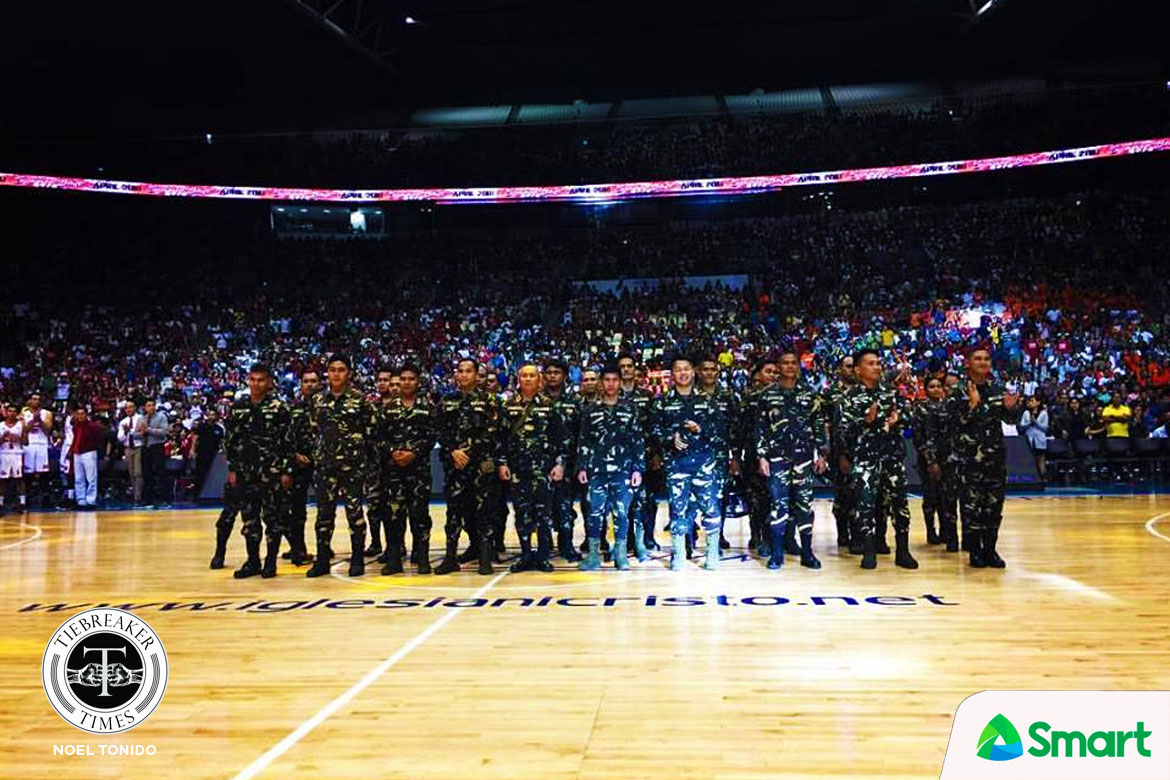 Amid the hostilities between bitter rivals Meralco Bolts and Barangay Ginebra San Miguel, the two sides set aside their difference to honor the people that defended the country’s freedom.

Twenty-five soldiers who fought and liberated Marawi City were invited to center court of the Philippine Arena, as the record-breaking crowd of 53,642 showered them with cheers during the halftime break of Game 6.

As the short program ended, players from Meralco and Ginebra went to them, giving thanks for the sacrifices they have made.

The game itself drew a record-breaking crowd, shattering the previous record of 52,612 set in 2014 during the league’s season-opener, which showcased the Kia Sorento-Blackwater Elite and Ginebra-TNT Katropa matches.

But this time around, it was not the players who drew the most defeaning cheers.