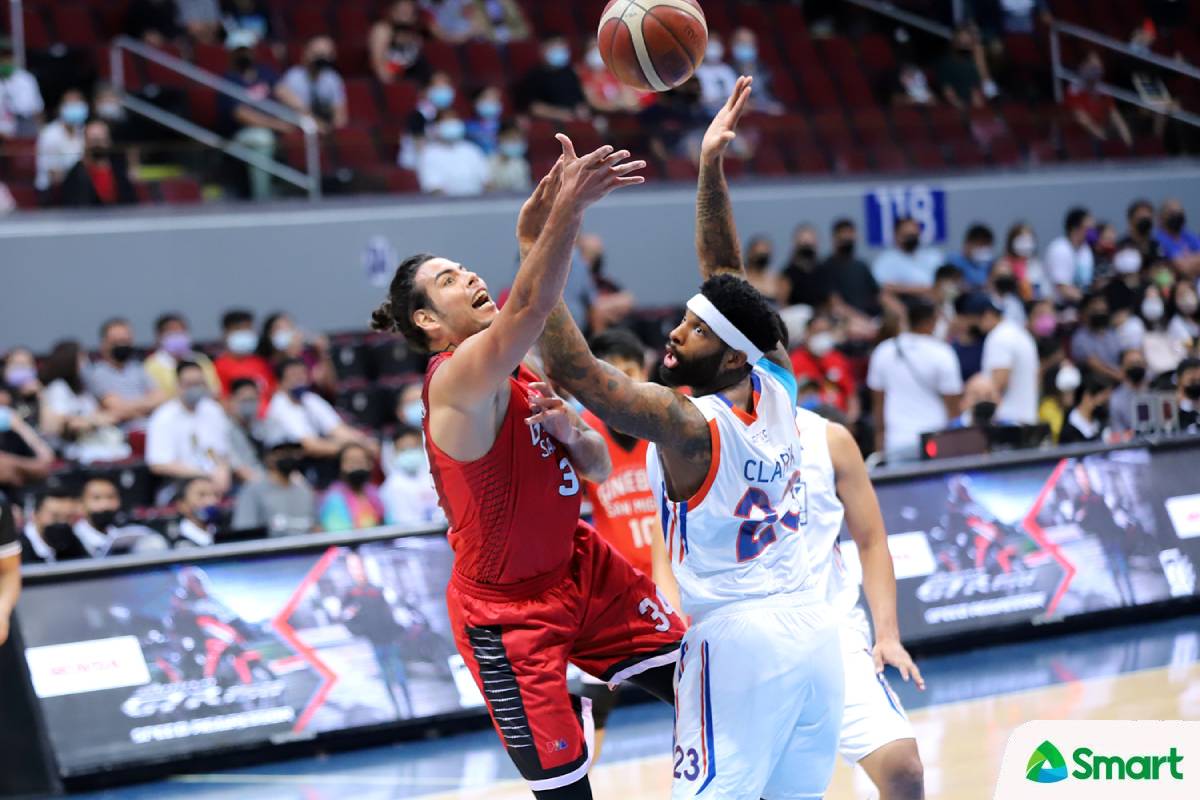 Ginebra bucked the absence of Japeth Aguilar as it obliterated NLEX once again, 104-94, to move just one win away from another trip to the PBA Governors’ Cup Finals, Friday at the Mall of Asia Arena in Pasay.

The Gin Kings didn’t have their top forward due to a Grade 2 calf strain he suffered in the semis opener last Wednesday, but the remaining ones did more than enough to take a commanding 2-0 lead in the best-of-five series.

“We talked about the fact that nobody’s gonna be able to replace Japeth by themselves. It’s going to take a collective effort,” offered head coach Tim Cone postgame.

“Guys — starters, they’re doing the extra work and guys coming off the bench — they would be of collective effort,” said Cone gladly.

Pinto sparked the defending champions’ second quarter turnaround, scoring the first 10 points of a 23-10 assault that wiped out an 11-point deficit and converted it to a 49-47 advantage for his side with 2:33 remaining,

Ginebra would then remain ahead the rest of the way. Brownlee’s bucket off a drive sparked another scoring blitzkrieg, which gave them a 78-60 lead with 3:24 remaining in the third canto — the game’s biggest lead.

The Road Warriors, though, showed some fight and knocked within eight, but Thompson and Tenorio hit a triple each to restore order.

“That’s something we couldn’t do early in the conference. We’re playing the third quarter very badly. It’s something we talked about we’re trying to correct,” said Cone. “We’ve been doing a better job at it.”

Game Three of the race-to-three affair is on Sunday, 6:30, still at the MoA Arena, with the Barangay surely looking to get the job done.

Matt Nieto led NLEX with a career-high 19 points in yet another collapse — Yeng Guiao’s wards squandered a 16-point lead in the series opener.

Cameron Clark only had 15 points no thanks to foul trouble. He got his sixth and last foul with 6:30 remaining in the game against Standhardinger.

Justin Chua and Kevin Alas scored 12 each, while Kris Rosales and Don Trollano had 10 apiece as the Road Warriors finally received the support it yearned for from the locals, but it still wasn’t enough.