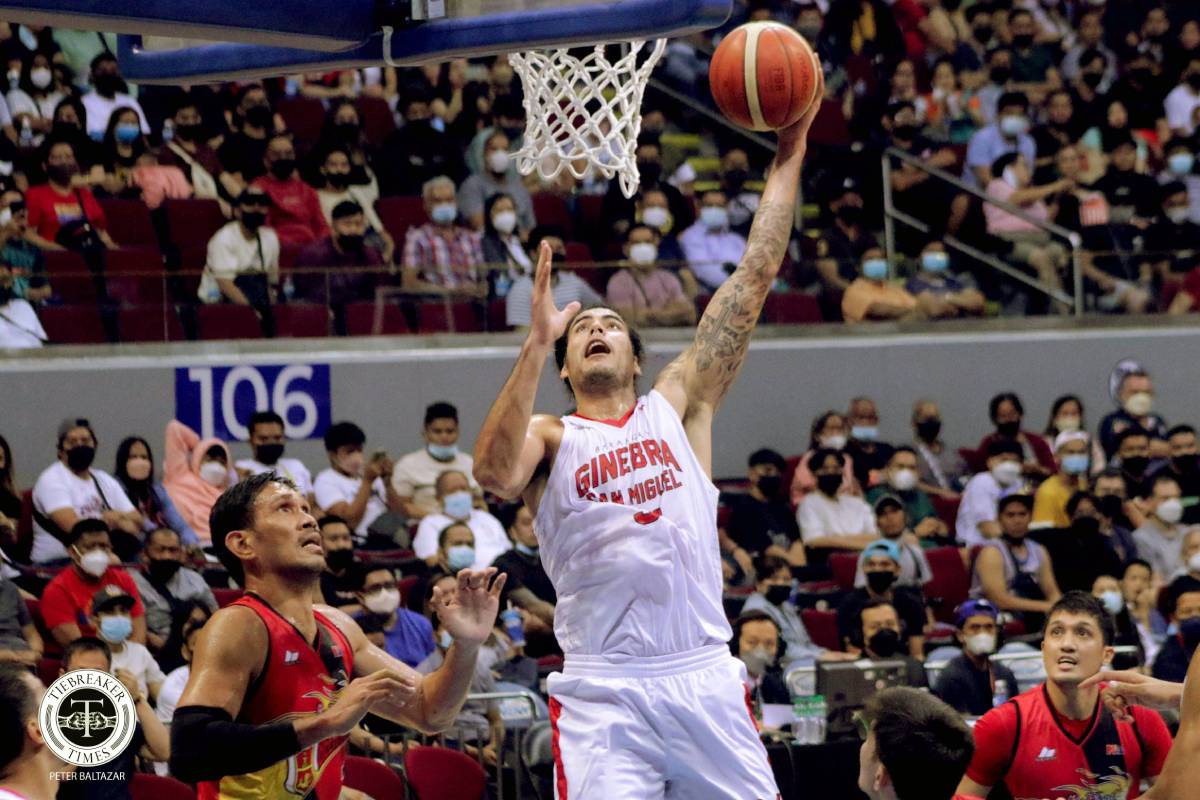 Christian Standhardinger starred as Ginebra dislodged San Miguel atop the 2022 PBA Philippine Cup standings by way of a 75-72 escape in a battle of title favorites, Friday night at the SM Mall of Asia Arena in Pasay.

The former BPC did a little bit of everything and finished with 20 points on a 10-of-17 clip, 10 rebounds, five assists, and four steals in a performance that saw him come through with the most important shot of the match.

He made his signature off-balanced shot to give his side the 74-72 lead with 1:31 remaining, and the other Kings took it from there.

The triumph also serves as a fitting send-off to head coach Tim Cone, who’s leaving for the United States on Tuesday to join the Miami Heat coaching staff for the upcoming NBA Summer League in Las Vegas.

“These guys won two big games down the stretch and came back from a 19-point game just two nights ago, and then turned around to beat a San Miguel Beer team down the stretch in a tight ball game all the way,” said Cone.

“So that really says a lot about our team, but we’re only halfway through the conference. We got a lot of work left to do,” added the champion mentor.

Japeth Aguilar tallied another double-double with 15 points and 14 rebounds. Scottie Thompson notched 15 as well, on top of eight rebounds, seven assists, and four steals. Tenorio chipped in 11 markers in the win.

Now riding a two-game winning streak, Ginebra will try to get going against Converge next Friday, July 1, 6 p.m. at SMART Araneta Coliseum.

Simon Enciso led San Miguel with 18 points in their first loss after starting the conference with three consecutive victories.

Perez had 17 points and eight rebounds, while Jericho Cruz added 12 for the Beermen, who were without Chris Ross due to a knee injury — yet another blow to a squad that already doesn’t have Terrence Romeo and Vic Manuel.

SMB is also set to take on the FiberXers this Sunday at 6:30 p.m. at the Ynares Center in Antipolo in a bid to get back on track quickly.