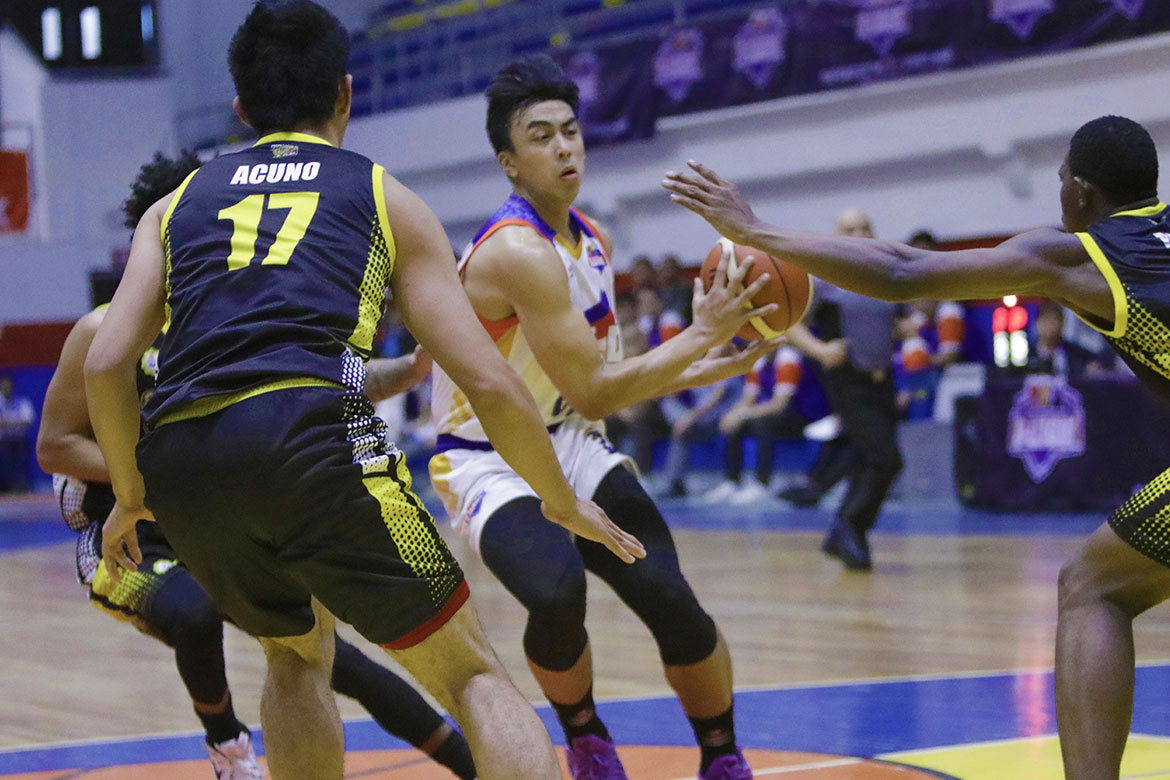 The Go for Gold Scratchers got their act together late as they slipped past the Gamboa-St. Clare Coffee Lovers with a 75-68 win, Monday afternoon at the Pasig City Sports Center.

It was a total team effort for the Scratchers, with veterans Jerwin Gaco and J-Jay Alejandro stabilizing their camp as they closed the game out with a 23-point finishing salvo.

Senegalese center Clement Leutcheu proved to be a solid force for his side as he tallied 14 points, seven rebounds, and two blocks. Gaco just missed out on a double-double with his 13 markers and nine boards.

Justin Gutang also corralled 10 points and 13 rebounds in the win. Kent Salado had nine markers, five boards, four assists, and three steals before suffering an MCL sprain in his right knee with 2:48 to play in the third frame.

Despite Salado’s absence in the payoff period, Go for Gold coach Charles Tiu praised his wards for their late defensive effort.

“We cut down our turnovers and we rebounded well, and then we executed very well,” he said.

It was a complete turnaround from the Scratchers’ lackluster start, where they fell behind by as much as 10, 28-18 midway in the second quarter.

“We’re a new team and hindi pa kami sanay sa isa’t isa. As you can see in the first half, ang dami naming turnovers because we’re not that familiar with each other,” said Tiu. “But I’m happy naman kasi the guys, we needed a test like this as a young team, to learn how to come from behind against a very good team like St. Clare.“

Aris Dionisio carried the load for the Coffee Lovers with 19 points and 13 rebounds, while Raymond Rubio had 11 markers and six boards in the defeat.

Go for Gold will face a familiar foe in the JRU Heavy Bombers on Tuesday, January 30, at the Ynares Sports Arena. Gamboa-St. Clare, on the other hand, will take on the Batangas-EAC Generals on Monday, January 29.