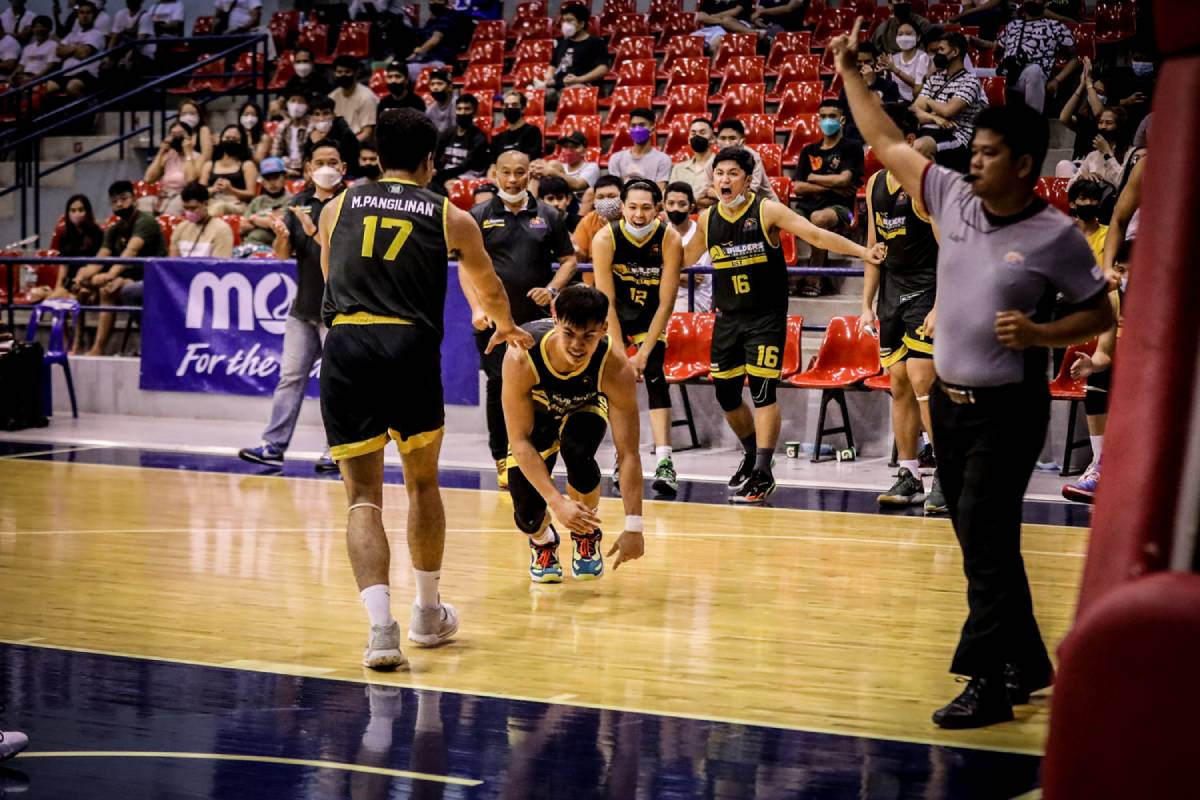 Builders Warehouse-UST continues to turn the tide in the 2022 PBA D-League Aspirants’ Cup, shocking Marinerong Pilipino with an 88-80 triumph to keep its playoff hopes alive, Thursday at Ynares Arena in Pasig.

Fresh from his triple-double performance a day prior, Sherwin Concepcion got 18 points built from four treys, to go with 10 rebounds.

Nic Cabanero also dropped 18 points on 3-of-5 shooting from deep with eight rebounds, three assists, two steals, and two blocks as the Growling Tigers completed the sweep of their back-to-back assignments and rose to a 2-4 record.

UST weathered a Marinerong Pilipino fightback as the latter climbed from a 12-point deficit, cutting the lead to 59-56.

Cabanero and Concepcion though came up big in the crunch to seal the win.

Bryan Santos pumped 16 points from four treys off the bench, as Kean Baclaan had 15 for the Growling Tigers.

Marinerong Pilipino squandered its chance of claiming a top two seat which comes with an outright semifinals berth as it dropped to 4-2.