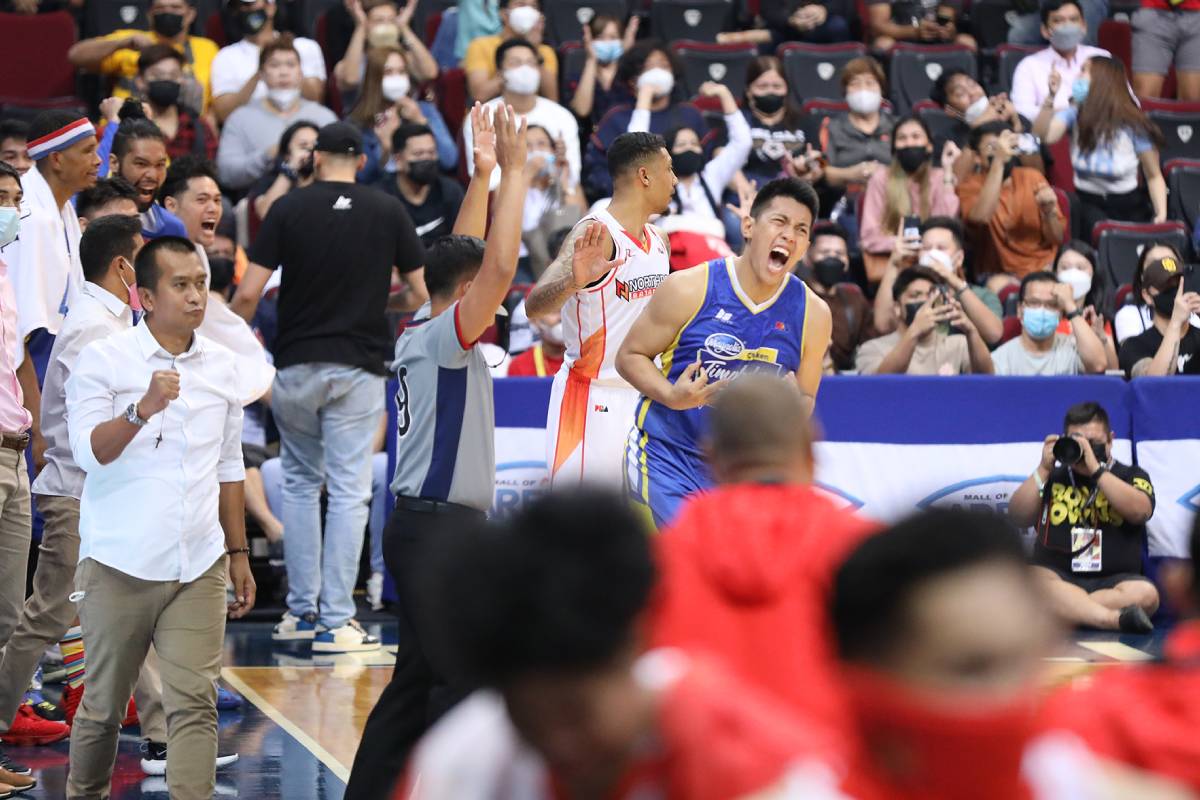 Rome Dela Rosa towed Magnolia past NorthPort, 80-77, for its first win in the 2022 PBA Philippine Cup, Wednesday at the SM Mall of Asia Arena in Pasay.

The two-way specialist concluded a well-executed play with a triple from the left wing with exactly six seconds left, and an Arwind Santos miss officially gave the Hotshots the W after starting the season with back-to-back losses.

It was the only field goal made by Dela Rosa after missing his first seven shots of the match. He also finished with three rebounds and two assists.

“He’s an option,” said head coach Chito Victolero of the final play. “We want Jio to create for his teammates, and good thing Calvin dives, and Aris dives to the basket. Nag-collapse sila so si Rome ‘yung na-libre.”

Calvin Abueva led Magnolia with 23 points and 12 rebounds. The returning Paul Lee and Aris Dionisio finished with 12 points apiece in the win that saw them take care of business in the end after losing a 40-23 lead early.

The win serves as a big morale-booster for the Hotshots in this killer stretch they are in, where they will be taking on San Miguel Beer (2-0) on Friday before battling GInebra in another Manila Clasico on Sunday.

“We have a hard week — Friday and Sunday, against San Miguel and Ginebra. So we have a very, very hard week,” said Victolero,

The loss definitely stings hard for NorthPort, who actually had a chance to take the lead after a tie at 77 with less than 23 seconds left only for Kevin Ferrer to waste the opportunity by missing both of his free throws.

Arwind Santos led the Batang Pier with 18 points and 12 rebounds in the defeat, their first after starting the conference with two wins in a row.

Roi Sumang made 15 points, 12 of which he made in the fourth quarter alone to lead the rally. Robert Bolick added 13 markers, with his last three points the one that gave his side a 77-75 lead with 53.5 seconds left.

NorthPort (2-1) will look to get back on track right away against another hungry crew in Blackwater on Saturday at the Ynares Center in Antipolo.