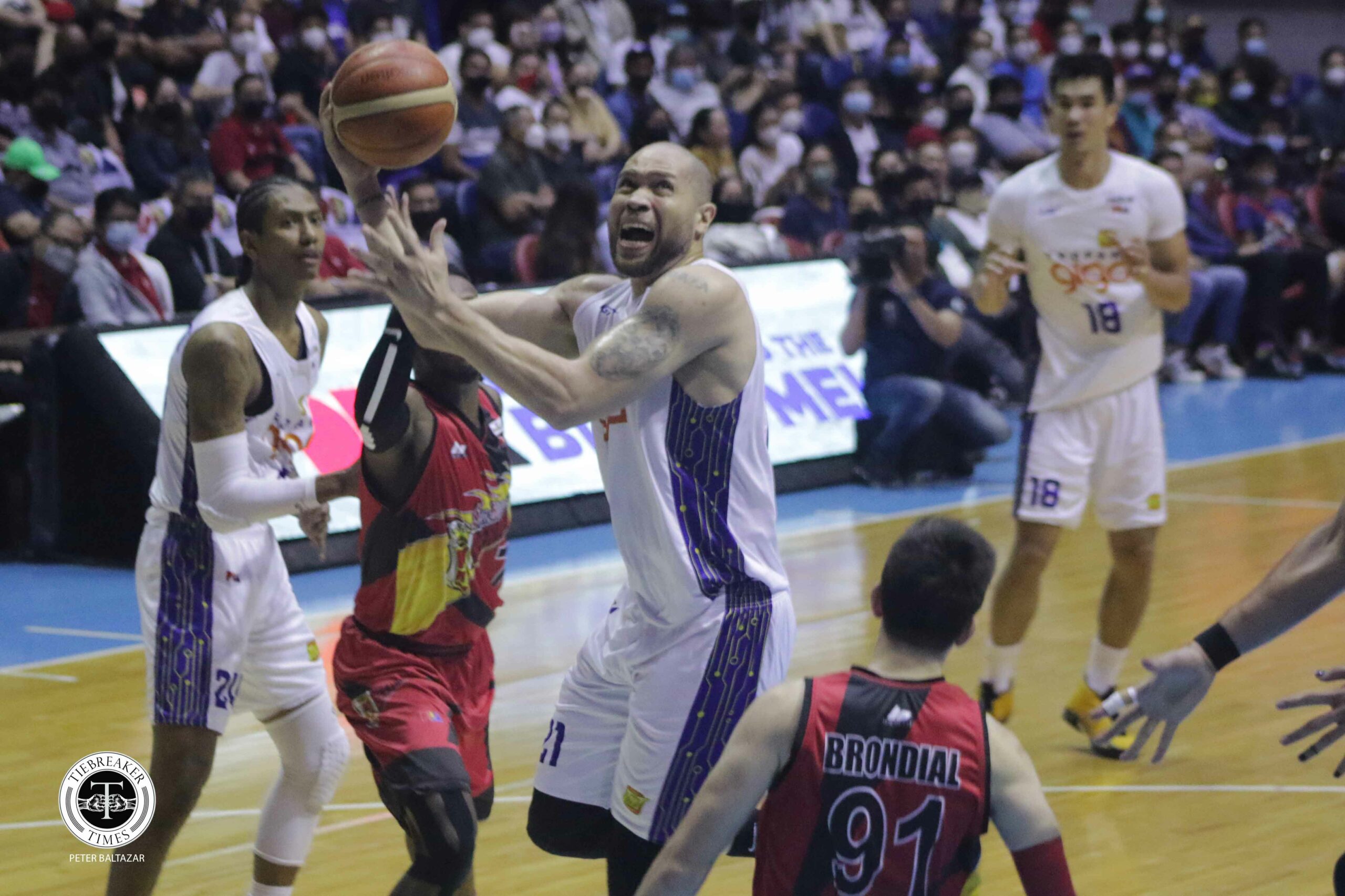 Kelly Williams came through with a vintage performance as TNT took down San Miguel, 102-93, to move just a win away from retaining its PBA Philippine Cup kingship, Wednesday evening at the SMART Araneta Coliseum.

The 40-year-old submitted 21 points on four three three-pointers, the last one of which served as the dagger with 1:06 left that dashed the Beermen’s aspirations of pulling the rug underneath the Tropang Giga.

The former league MVP shot 57-percent from the floor and also collected nine rebounds, three assists, and two steals as he helped his side buck the loss of Jayson Castro, who rolled his ankle during the third canto and never returned.

“I just tried to go out there and do my part,” said the 6-foot-6 Williams as he also pulled off a remarkable job making life difficult for SMB main man June Mar Fajardo, who was ‘limited’ to just 20 points and 16 rebounds.

Mikey Williams top-scored for TNT with 23 points, 12 of which he manufactured in the third quarter — all from beyond the arc — as he led a 14-2 run that turned a three-point deficit to an 84-75 lead for his side entering the final period.

The Tropa went on to lead by 11 points but SMB just didn’t quit, knocking to within just four points twice behind Mo Tautuaa with less than four minutes left.

But that’s when the frontcourt vets came in, with Poy Erram throwing down a one-handed jam off a Williams dime before the latter took his turn and made the cold-blooded triple for five points en route to the 100-91 lead.

#ReadMore  Mo Tautuaa thought he had it versus San Miguel: 'That mother*** felt good'

Erram, playing through a leg injury he suffered during practice a day before Game Five, turned in 17 points, seven rebounds, and a game-high three blocks for TNT. Roger Pogoy added 14 markers and six boards.

“Coach has been saying it all year: This team is built for adversity. We’ve had guys in and out … Of course, Jayson is a huge part of why we’re here, but we know it’s on us to try to fill the shoe collectively,” Williams said.

Game Six is on Friday still at the Big Dome, with the flagship MVP franchise surely looking to close it out and repeat as champions.

Jericho Cruz backstopped Fajardo with 16 markers in the loss, which is San Miguel’s second in a row now after winning Games Two and Three.