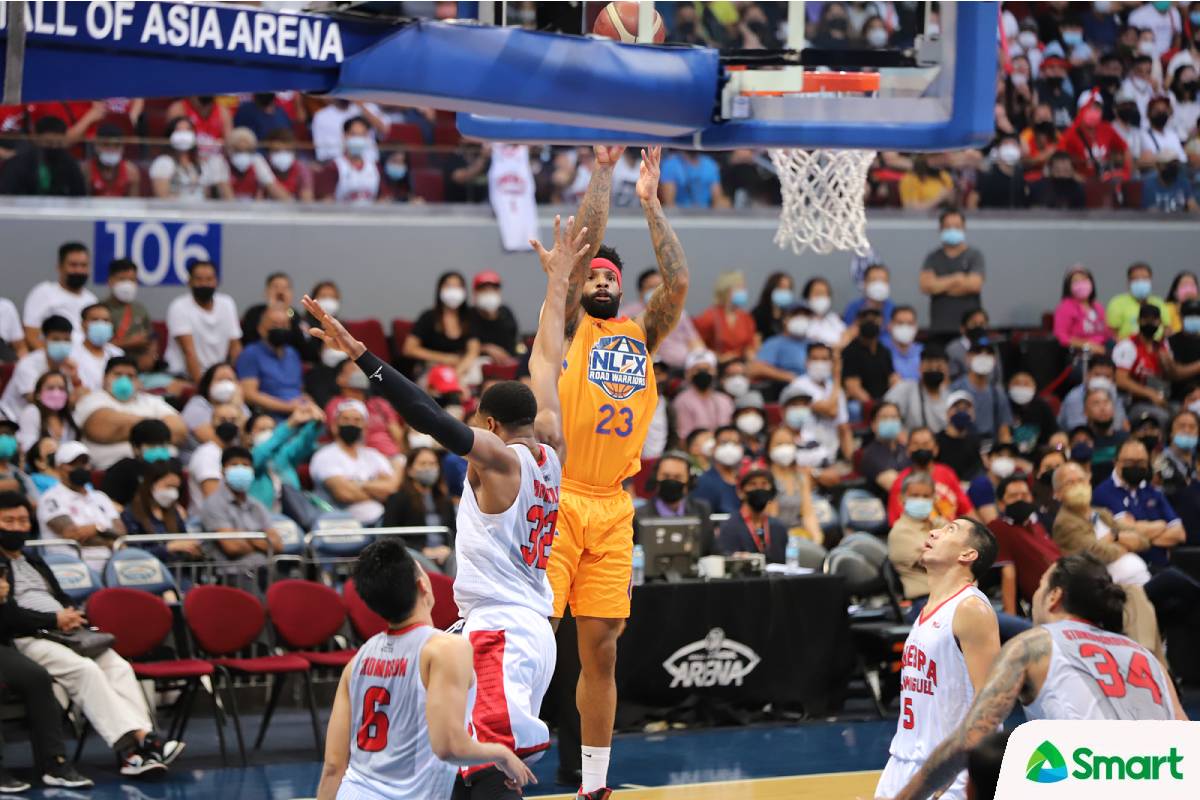 Cameron Clark came through to save the day as NLEX edged Barangay Ginebra, 86-85, to extend its 2022 PBA Governors’ Cup campaign to at least one more game, Sunday night at a packed Mall of Asia Arena in Pasay.

The American cager stole the pass intended to Justin Brownlee at the backcourt and took it strong to the hoop for a tough and-one against his counterpart. He went on to sink the bonus to complete the three-point play with 7.3 ticks left.

LA Tenorio sank a lay-up with eight-tenths of a second remaining instead of going for a game-tying three-pointer, unaware of the gap. And the Road Warriors walked away with the much-needed victory to avert a sweep.

NLEX has now reduced the deficit to 1-2 and has a chance to tie their semis series in Game Four on Wednesday at the SMART Araneta Coliseum.

Clark finished with 21 points and 17 rebounds, indeed an atonement for his Game 2 outing where he got fouled out with 6:30 left in the match.

Kevin Alas made 15 points, seven of which he made in the final period as he overcame early struggles. Justin Chua made 13 points, all in the second half.

#ReadMore  Why MVP needed to stand up for TNT

Raul Soyud was finally utilized by Guiao and wasted no time proving his worth by turning in 11 points. NLEX also received a solid contribution from Philip Paniamogan, who made three triples to finish with nine markers.

“They gave me a chance to coach an endgame situation, which did not happen in the first two games,” said the champion mentor.

The Road Warriors, though, played without veteran big man JR Quinahan due to an injury. Rookie Matt Nieto got hurt as well, in the third canto.

Meanwhile, Brownlee had 27 points and 12 rebounds to lead Ginebra, who squandered a 50-38 lead in the third quarter.

Christian Standhardinger also had himself a double-double 16 points and 16 rebounds. Scottie Thompson made 13 points and eight assists, as Tenorio chipped in 10 markers and nine dimes in the defeat.

The defending champions were without top big man Japeth Aguilar for the second consecutive game due to a calf strain.