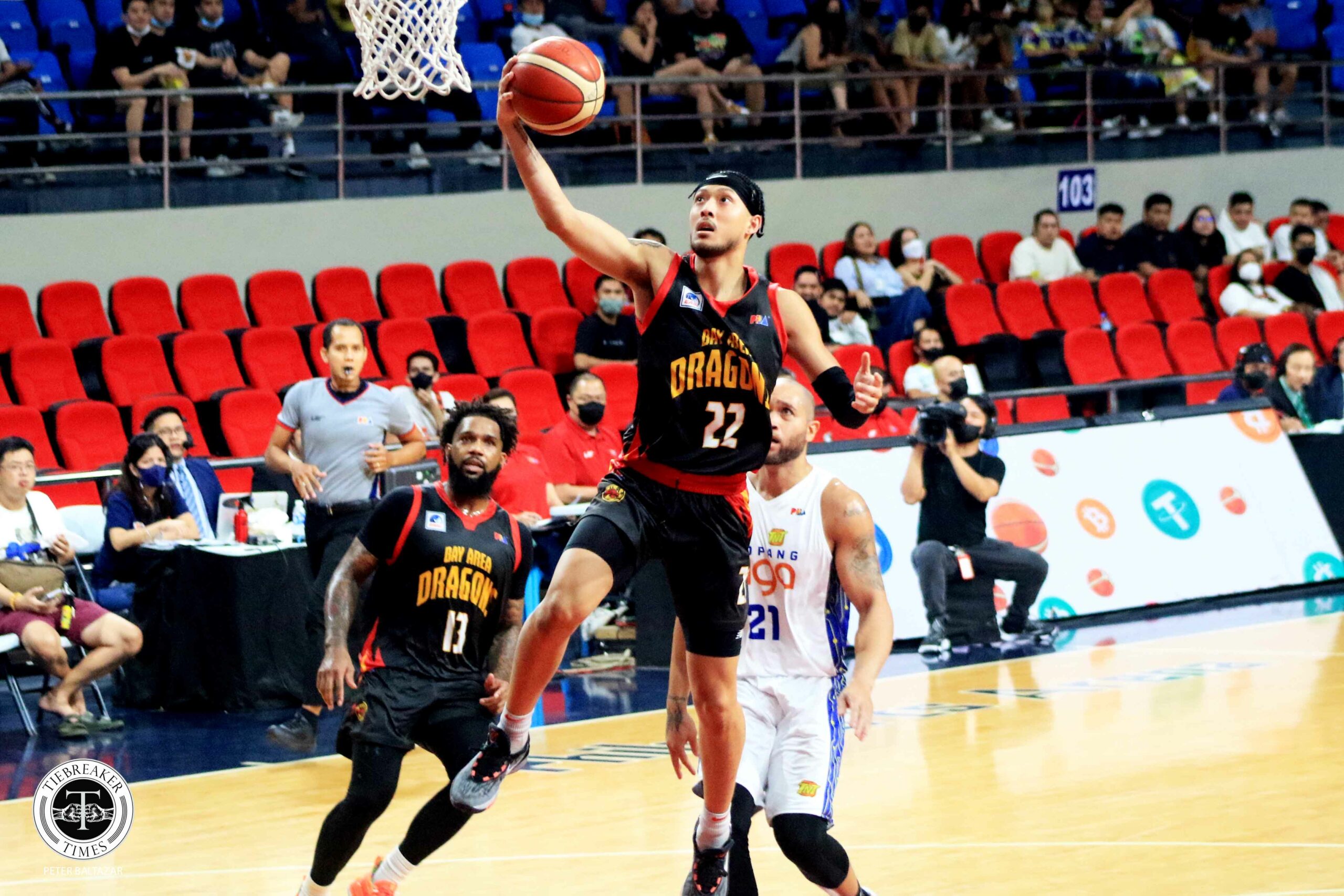 Bay Area accomplished its goal of securing a Top Two finish following a 140-108 rout of the struggling TNT to conclude its elimination round campaign in the PBA Commissioner’s Cup, Wednesday at the Philsports Arena in Pasig.

Currently the no. 1 seed, the Dragons meant business right from the get-go, finishing the first half with a season-best 80 points on the way to clinching the twice-to-beat edge for the quarterfinals set two weeks from now.

“It’s not really the scoreline. It’s just the fact we’re getting more people involved, and it’s all about getting the Top Two,” said head coach Brian Goorjian.

Myles Powell starred with 37 points, including 29 in the first half, alongside six rebounds, seven assists, and a steal in three quarters to lead the guest team, who finished the eliminations with four straight wins for a 10-2 record.

Kobey Lam contributed 30 points and six boards. Zhu Songwei produced 22 points — 20 of which he made in the game’s first 24 minutes — with six caroms and six dimes, while Zheng Qilong submitted 16 off the bench.

“It was a very important game for us because we want the Top Two,” said the 22-year-old Lam, who finished with his best career mark to date.

Veteran big man Duncan Reid added 10 points, highlighted by the bucket that lifted Bay Area past the century mark, 101-70, with less than five minutes left in the third canto. He also had seven rebounds and five assists.

The Dragons have a chance to clinch the no. 1 seed should Barangay Ginebra, presently at the third spot with a 7-2 record, lose one of its remaining games in the eliminations against NLEX, the surging NorthPort, and Converge.

Meanwhile, the Tropang Giga no longer has control of their playoff destiny after absorbing their seventh loss in 11 outings.

The defeat also gave the debuting Matt Mobley a harsh welcome after seeing his 38-point outing go for naught. The replacement for the injured Cam Oliver also had five rebounds and two assists but had six turnovers.

Poy Erram and Roger Pogoy had 16 apiece while Mikey Williams only had 11 for TNT, who was without star guard Jayson Castro due to the ankle injury he suffered in their loss to the Gin Kings just last Sunday.

Hoping against hope, the Tropa will try to save their campaign against San Miguel Beer on Saturday, 6:45 p.m. at the same venue.