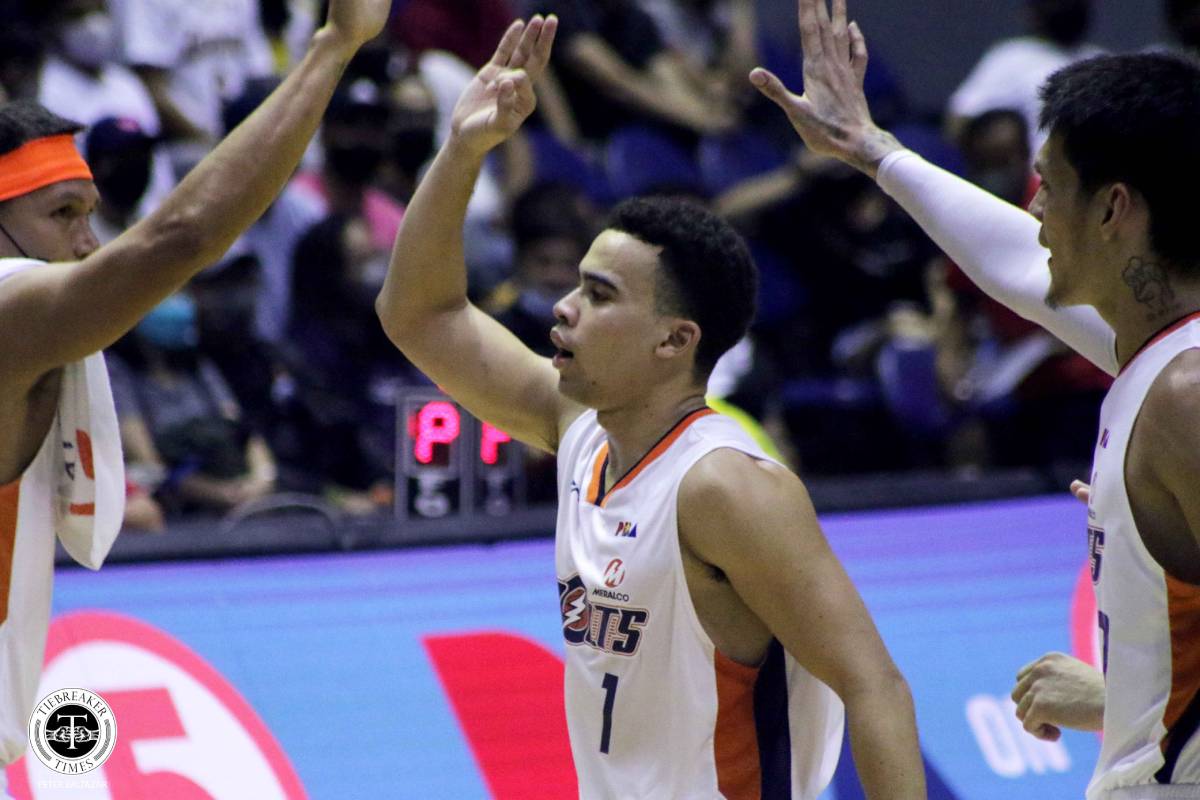 Meralco needed a bit of luck to survive Rain or Shine, 77-73, to arrest a two-game skid in the PBA Philippine Cup, Wednesday at the SMART Araneta Coliseum.

The Bolts saw their six-point lead get sliced to half after Mark Borboran sank all three of his free throws with 12.3 seconds left, and nearly lost the ball in the following possession when the crew mishandled the inbound.

Fortunately for them, the Elasto Painters weren’t able to capitalize, and could only foul Bong Quinto to freeze time. The latter split his freebies, and a Rey Nambatac miss on the other end sealed the victory for the MVP crew.

“Coach Chris Gavina is doing well. If you noticed all their games, panay dikit, so their record is not a reflection of that team, he had his guys playing til the last second,” said acting head coach Luigi Trillo.

Trillo assumed the said role in lieu of Norman Black, who’s on an indefinite leave to attend to his ailing mother back home in the United States.

“Our prayers for Coach Norman,” said Trillo, who last coached in 2014. “He’s going through a tough time. He means a lot to our team, he means a lot to me, too. We’ve been together with them for eight years. We wish him the best.”

Aaron Black led Meralco with 20 points, including the three-pointer that gave them a 76-70 lead with 35.6 seconds left as he bounced back from a scoreless outing in their 89-90 loss to Blackwater last June 30.

“First of all, my grandmother,” he said of the boost behind his performance. “She’s sick right now, that’s why my dad’s not here. That’s big for me.”

Allein Maliksi finished with 19 points on four triples. Cliff Hodge made 13 points and eight rebounds, while Raymond Almazan had 15 and 11.

Fears of an injury, though, marred the Bolts’ win as Almazan fell down with an apparent knee injury following an inadvertent contact with 22 ticks left.

The Bolts have improved to 4-3 before heading into a killer stretch next week, where they will take on rivals Barangay Ginebra (July 15), Magnolia (July 17), and then current leaders San Miguel Beer (July 19).

“Hopefully we can get a couple more wins para when he (Black) gets back, at least we have a shot entering the playoffs, a better chance,” Trillo said.

Gabe Norwood had 13 points and nine rebounds to lead Rain or Shine, who has now lost six consecutive games since starting out with a win against Converge back in the season opener back on June 5.

The Elasto Painters now have four games left to try to save their conference. They will face NLEX next on Saturday, 5:15 still at the Big Dome.