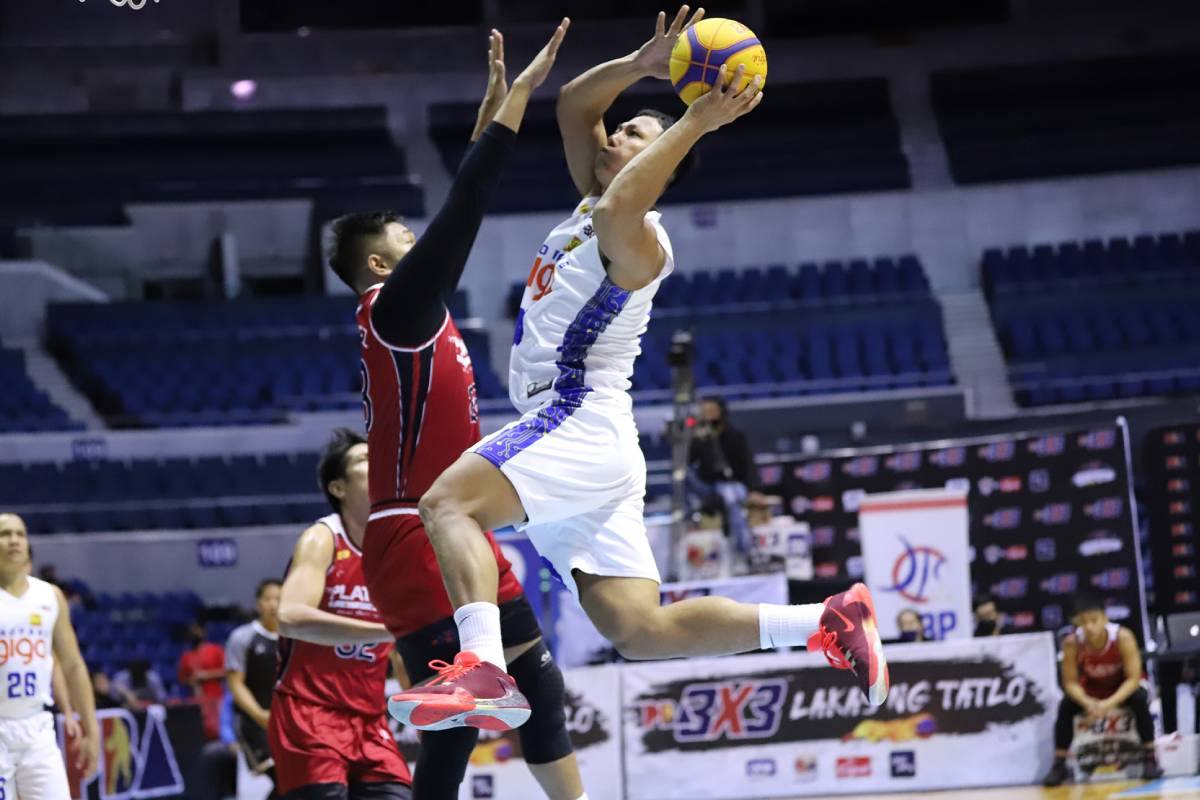 Limitless and TNT will meet in the Big Dance once more to vie for PBA 3×3 Second Conference Leg 5 supremacy, Sunday at SMART Araneta Coliseum.

The rivals forged a rematch of the Leg 3 final, with the Appmasters surely looking to emerge victorious like what they did then to score their leg title no. 3 overall and grow their total earnings to over a million pesos.

But the Tropang Giga are definitely not having any of that, with the crew out to avenge their sorry loss to the reigning grand champs in the Leg 4 semis that foiled their bid of becoming the first repeat champs of the conference.

TNT reached the title bout first after beating Platinum, 21-15, continuing an impressive run that saw them oust the top-seeded Pioneer in the quarters.

Chris De Chavez and Ryan Monteclaro, meanwhile, had six points each for Platinum, who reached the semis for the first time in a long while.

Limitless then followed the flagship MVP franchise to the final after making quick work of Purefoods Tender Juicy, 21-9.

The Titans and Platinum will still slug it out in the battle for third, which takes place right before the title match.