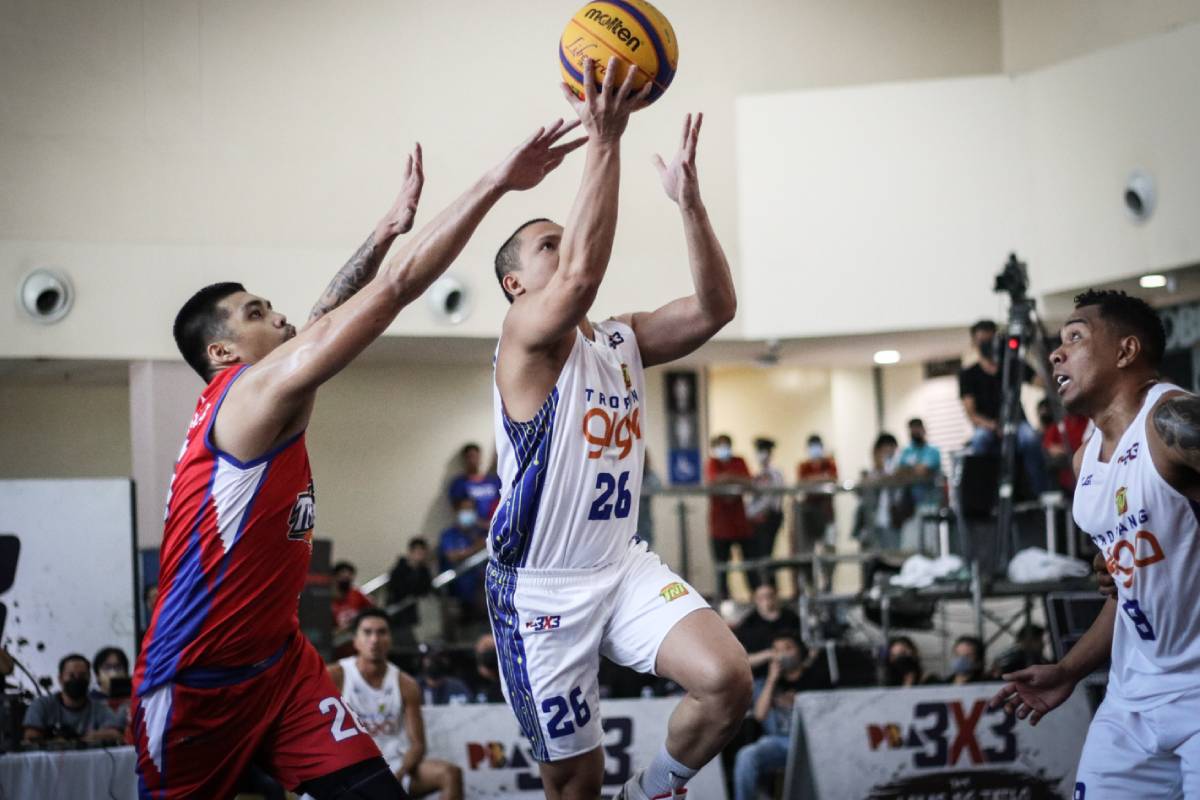 TNT’s back-to-back bid is off to a good start as the powerhouse squad swept its way to the quarterfinals of the PBA 3×3 Season 2 First Conference”s second leg, Saturday at the Robinsons Place Novaliches in Quezon City.

The quartet of Almond Vosotros, Samboy de Leon, Lervin Flores, and Ping Exciminiano began their campaign with a 22-21 overtime win over Purefoods before beating CAVITEX, 17-13, to top Pool A with a 2-0 record.

With this, the Tropang Giga are still undefeated since last week’s opening leg, which they ruled by beating familiar foes Meralco in the final, 21-19.

Now in the midst of a seven-game winning streak, the flagship MVP Group franchise is headlining a quarters cast together with the very same teams that comprised the Final Four cast of the previous stop in Antipoio.

The Bolts took the top spot of Pool B after beating San Miguel (19-14) and NorthPort (16-15), while Platinum Karaoke and J&T Express swept their assignments as well to be the no. 1 seeds of Pools C and D, respectively.

Last leg’s third-placers, Platinum defeated Ginebra in overtime, 20-18, and then followed it up with a 16-14 escape of Pioneer Elastoseal.

On the other hand, the league’s newest club in J&T nipped Blackwater in its first match, 19-18, before downing Terrafirma through a 17-13 result.

Sunday’s quarterfinals will see TNT take on C2 Pioneer, followed by J&T versus Pool B’s no. 2 team San Miguel; Meralco against the second seed of Pool D Bossing; and then Platinum versus the Braves, Pool A’s second-best.

The bottom teams, meanwhile, will figure in classification games. The Titans will take on the Gin Kings, while the Batang Pier will be up against the Dyip.