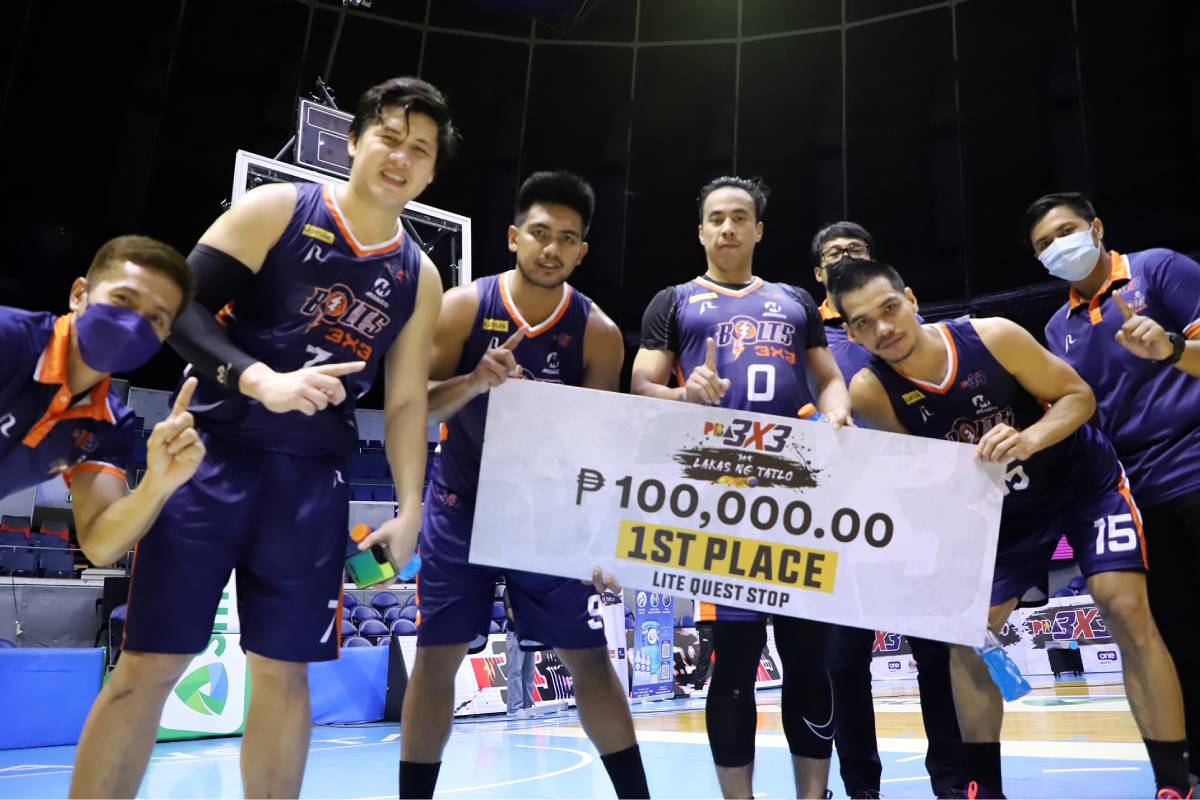 Alfred Batino and Dexter Maiquez starred in the victory, powering the Bolts’ 9-0 surge to flip a four-point deficit to a 14-9 lead with 2:11 left to play on the way to finally copping a title after two podium finishes in the last three stops.

Maiquez finished with six points, while Batino produced five for the MVP ball club, who outscored their foes 12-5 to finish the game.

The Bolts won their first title since owning the second leg of the First Conference by snapping the 12-game winning streak of Limitless.

It was also a sweet payback for the Leg 4 kings, since the Appmasters gave them the boot in the semifinals of the last leg a week ago.

Jorey Napoles led the reigning grand champions with six points in the loss. Reymar Caduyac had five markers and Brandon Rosser had three for the Southeast Asian Games-bound crew, who settled for  P50,000.

Almond Vosotros had 11 points to lead the Tropang Giga, who remain in pursuit of their second leg title this conference after winning Leg 1.

Jeff Manday led the Beermen with 14 points in the defeat. The comebacking Ken Bono was his only support with three markers.