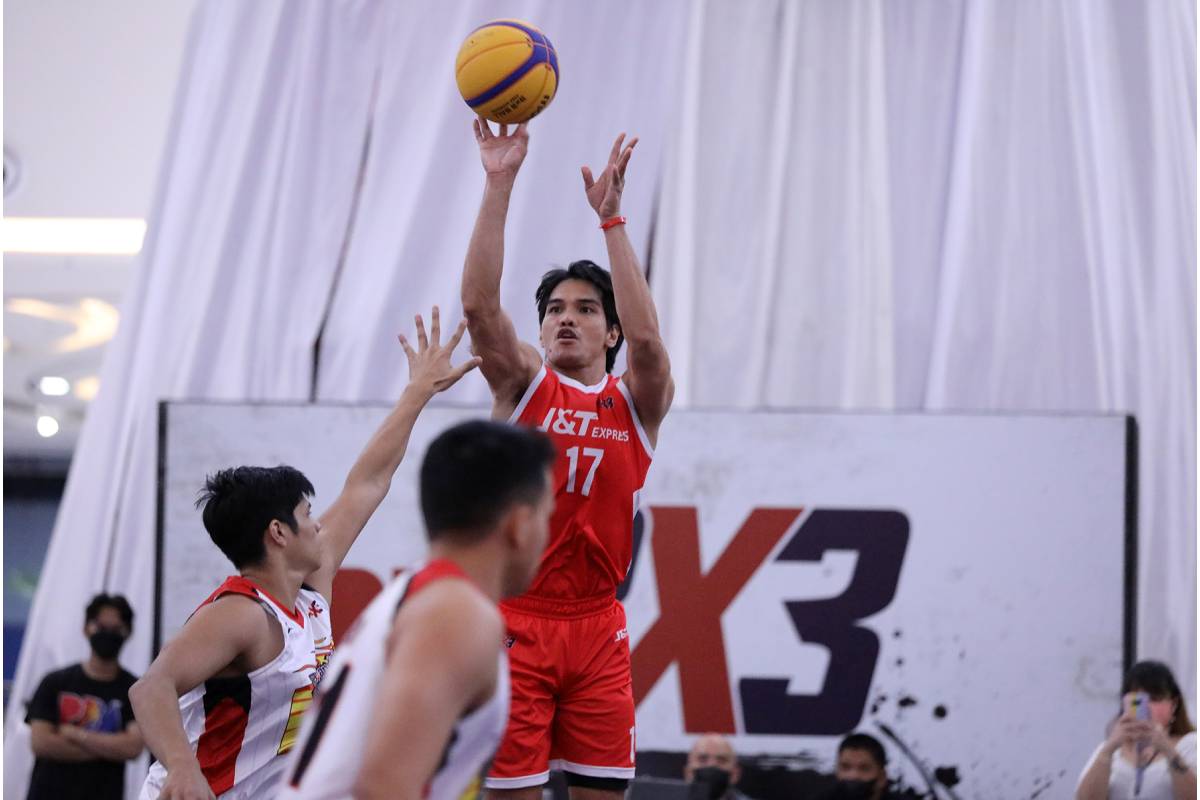 J&T Express wasted no time introducing its brand of basketball by toppling two heavyweights for a rousing PBA 3×3 debut, Saturday at Robinsons Antipolo.

Powered by the hot-shooting Joseph Sefurida, the newest guest team took down Purefoods (21-11) and then San Miguel (21-12) to sweep Pool D and gain a quarterfinal slot in Leg 1 of the Season 2-opening conference.

Previously of Meralco, Sedurfia fired 14 points, 10 of which came from two-point range as he outscored the Titans in their swashbuckling maiden outing.

Together with halfcourt veterans Marvin Hayes and Robin Rono plus young gun Keith Datu, J&T continued their winning ways against the Beermen.

For toppling their pool, J&T is set to meet the second-seeded team of Pool B in NorthPort, who split its Day 1 assignments, in Sunday’s quarters.

Season 2 top seed TNT, No. 2 Meralco 3×3, and No. 3 Platinum Karaoke, meanwhile, matched the debutants’ 2-0 sweep in the other groups.

The Tropang Giga quartet of Almond Vosotros, Samboy de Leon, Lervin Flores, and Ping Exciminiano opened Pool A with a 21-14 conquest of Pioneer ElastoSeal, then followed it up with a 20-19 verdict over CAVITEX to advance.

For their part, the Bolts’ new-look crew of Tonino Gonzaga, Alfred Batino, Kenneth Mocon, and Leo de Vera went two-for-two in Pool B at the expense of Barangay Ginebra, 20-14, and NorthPort, 21-11.

Meralco battles Purefoods, which took the D2 spot at 1-1 with a 21-16 win over SMB. Platinum takes on the Katibay, who grabbed the A2 position thanks to a 15-14 squeaker over the Braves in the first game of the season.