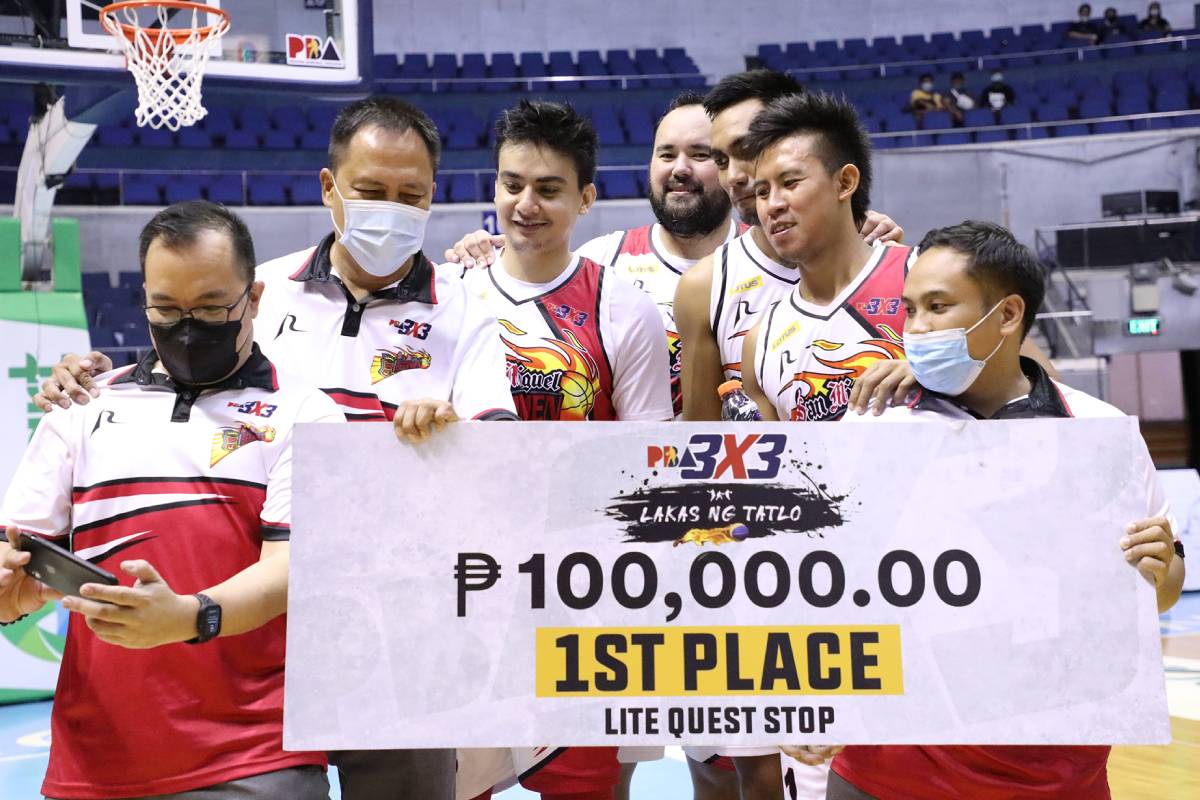 San Miguel once again denied Pioneer from a breakthrough crown, taking a 21-17 victory to pick up its second leg crown in the PBA 3×3 Second Conference Leg 6, Wednesday at SMART Araneta Coliseum.

Ken Bono powered the Beermen 10 points in the historic win, which made them the only team to come out of the knockout round and emerge as champions.

The veteran big man was indeed a huge reason behind the success. He towed the ball club past top-seed Meralco then TNT through game-winning shots.

Louie Vigil backed him up with five points, including the free throw with 6.3 seconds left to clinch the game — and the P100,000 grand prize.

Vigil and Mangahas finally won a leg title for themselves, as they were not part of the San Miguel crew that ruled the March 5-6 festivities.

Gian Abrigo led Pioneer with nine points in the loss. The guest team settled for another runner-up finish since Leg 3 of the First Conference.

Meanwhile, Joseph Eriobu ensured a podium finish for Purefoods Tender Juicy as he towed his side past TNT, 21-20, in the battle for third.

The lefty forward finished with 12 points, including the Titans’ last five that saw him nail the game-winner through a double-pump deuce with 2:03 left.

Pao Javelona made five points, while Pao Javelona added three markers in the triumph that made them Php 30,000 richer.