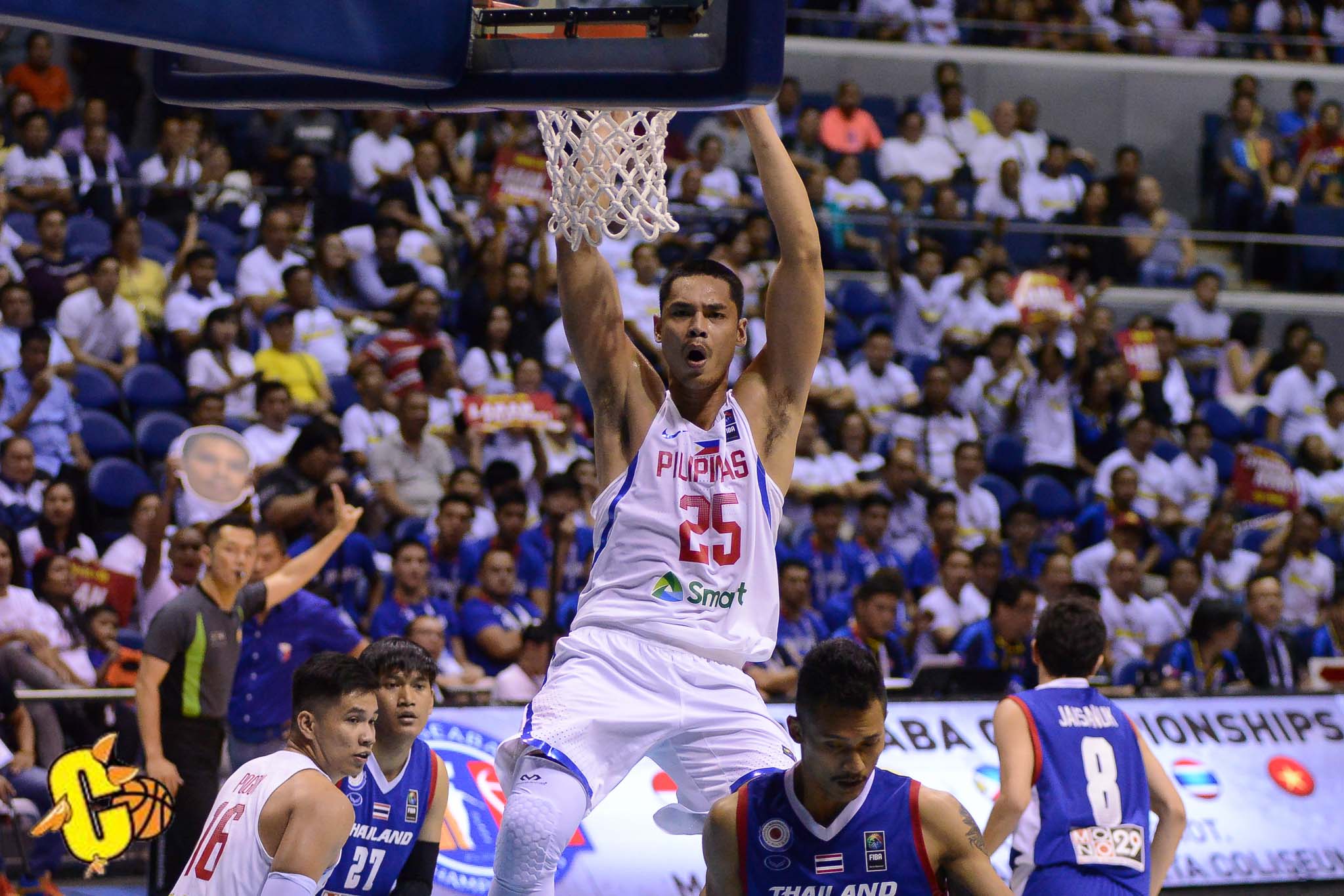 Manok ng Bayan Japeth Aguilar has always been a mainstay in the national seniors team, dating back to 2009 when he was among the members of the Yeng Guiao-mentored, PBA-backed Powerade Team Pilipinas.

The 6-foot-9 slotman has been serving flag and country for eight years now.

But on Tuesday night at the historic SMART-Araneta Coliseum, with Chooks Gilas Pilipinas taking on Thailand in the 2017 SEABA Men’s Championship, Aguilar had that moment everyone has been waiting for.

Gilas, as expected, came out and won in dominant fashion, 108-53. And in their fourth straight victory, there was no one who shined the brightest but Aguilar.

The athletic big man finished with a team-high 23 points, shooting a perfect 10-of-10 from the floor highlighted by a series of dunks that wowed the crowd. Aguilar also collected five caroms and three blocks in his impressive statline.

It was Aguilar’s best game in so far. And for him, patience led him to this remarkable night of his — a night that he will forever cherish.

Even Gilas head coach Chot Reyes was left impressed with Aguilar’s breakout game against the Thais.

“In the previous games, he was content with playing a support role — setting screens and rebounding,” said Reyes.

“Today, when Thailand did a good job on our other offensive weapons, Japeth came through.

“That’s how the team is built — we want to make sure we have a lot of weapons at our disposal, and tonight, Japeth was the most lethal of them,” the veteran mentor continued.

But aside from not forcing the game to come his way, coming off the bench also proved to be of help for Aguilar, as it allowed him to see and learn what he can contribute to the squad whenever he checks in.

After Tuesday night’s win, Gilas will face Vietnam tomorrow, Wednesday. But, the real challenge lies on Thursday, as they will face fellow contenders Indonesia in a match that could decide who goes to the FIBA-Asia Cup.

“It’s a good challenge for us,” Aguilar remarked about the looming showdown.

In this article:Chot Reyes, Japeth Aguilar