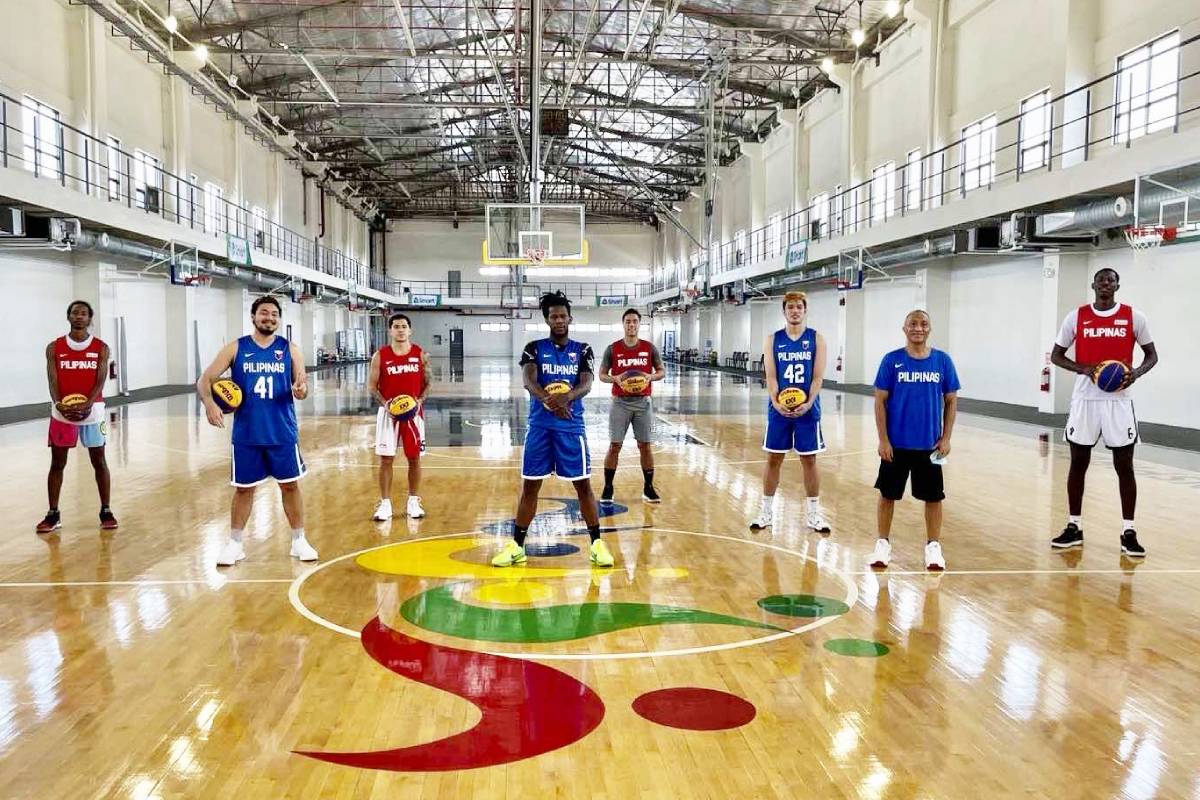 Gilas Pilipinas 3×3 entered the final stage of its preparations for the 2021 FIBA 3×3 Olympic Qualifying Tournament at Inspire Sports Academy in Calamba, Laguna.

After completing health and safety protocols, Joshua Munzon, CJ Perez, Mo Tautuaa, and Santi Santillan are hoping to pick up where they left off after the initial stage of their training camp while also helping Alvin Pasaol catch up at the soonest possible time.

“The Samahang Basketbol ng Pilipinas did a tremendous job of collecting these talented players into one team so our job is to make sure we’ll have a cohesive unit,” said Gilas 3×3 head coach Ronnie Magsanoc.

“We thank the SBP for giving us a safe training environment here so we can devote all our focus on our preparation for the qualifiers. There have been challenges along the way but we’re happy that the team is finally complete.”

In Graz, Austria, the Philippines will take on Qatar and Slovenia on May 26 and the Dominican Republic and France on May 28 in Pool C. The Filipino ballers will have an uphill battle in front of them as Slovenia is the fourth-ranked team in Men’s 3×3, led by one of the top players in the world in Simon Finzgar, while France is ranked 10th.

The Philippines occupies the 20th spot, ahead of Qatar (26th) and the Dominican Republic (33rd) but these two teams are no push-overs as well.

The top two teams from all four pools will qualify for the quarterfinals with the three podium finishers earning a ticket to the Tokyo Olympics. The three qualifiers will join host team Japan along with China, Russia, and Serbia, who qualified outright because of the FIBA 3×3 ranking points.

#ReadMore  No regrets nor excuses for CJ Perez

“The SBP is grateful for the time, effort, and sacrifice that the national team practice players are willing to give to help the country in its bid to qualify for the Tokyo Olympics,” said Magsanoc about their practice players.

“We cannot thank them enough for their valuable contribution to flag and country.”

The final stretch of the team will still see twice-a-day sessions. This time around, the team will figure in scrimmages with the practice players.

And Magsanoc hopes that they can find their peak inside the Calambubble.

“In terms of effort, I really could not ask for anything more from the players during our first week of training and they also did their best to build on that with our online training sessions,” added Magsanoc.

“Now it’s about bringing everything together and forming a team that we can be proud of, a team that can compete against the best in the world.”