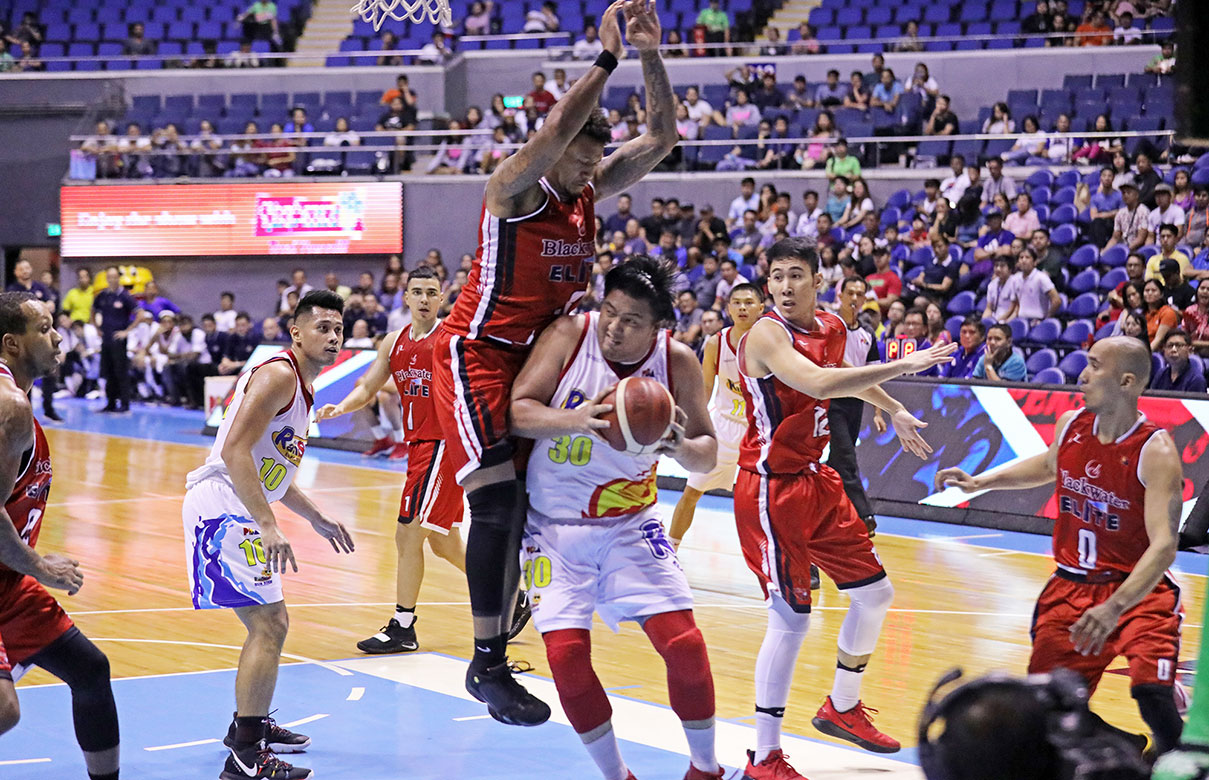 After the Rain or Shine Elasto Painters failed to sweep the Blackwater Elite for a direct flight to the 2019 PBA Commissioner’s Cup semifinals last Tuesday, Beau Belga vowed he would give it his all in the deciding Game Three two nights later.

“Those who are willing to win, who are more eager to go to the semis will win. Ako, on my part, ibibigay ko na lahat. Pwede naman magpahinga after eh,” he said.

Belga was true to his word. And it eventually led to a desirable result.

The 32-year-old slotman produced 10 points, 10 rebounds, and three assists in over 31 minutes of play, helping the Elasto Painters eke out an 85-83 victory to complete the semifinal picture of the mid-season conference.

Belga, of course, is immensely elated that they got the job done.

Awaiting them in the semis, though, are the San Miguel Beermen. For Belga, it will be a battle between the underdog and the giant a la David and Goliath, so he hopes that the result of the series will be like the famous Bible story.

The Elasto Painters will face a Beermen side without Marcio Lassiter, who has been ruled out of the tilt after suffering a grade 2 MCL sprain in his left knee, which he got in their series versus NorthPort Batang Pier Wednesday.

But instead of talking about how will that be an advantage for RoS, Belga hopes for Lassiter’s quick recovery – Belga and Lassiter are Gilas Pilipinas teammates, and had been working together in the team’s buildup for the FIBA World Cup.