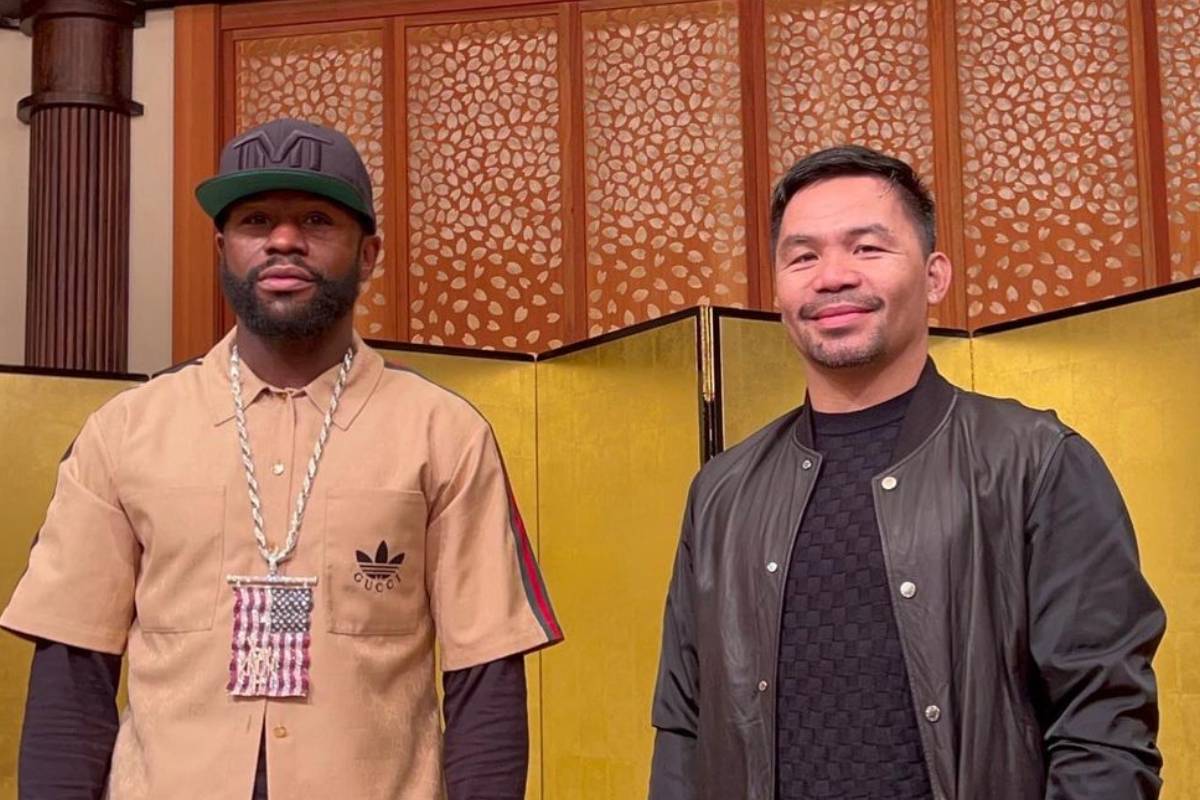 Manny Pacquiao was one of the surprise panelists during the RIZIN 38 press conference on Saturday in Saitama, Japan.

And headlining RIZIN 38 are two familiar people to Pacquiao.

On one end is one of Pacquiao’s pupils in Mikuru Asakura. On the other is his former foe Floyd Mayweather Jr.

“I’m here to support my boxer who is going to fight tomorrow — Asakura Mikuru,” said Pacquiao, the world’s only eight-division boxing world champion. “I’m so thankful that he came to the Philippines, to Manila to have some techniques about boxing, and train with me there.

“So it’s gonna be a good boxing exhibition tomorrow with Floyd.”

Just like Mayweather, Pacquiao has entered the exhibition scene where he is set to face a Korean YouTuber in DK Yoo this December.

Mayweather expressed his excitement after finding out that his opponent sought some advice from his boxing rival.

“This makes it even that much more intriguing that he was able to go to the Philippines and get some advice from Manny,” said Mayweather.

Seen as the last generation’s top two boxers, the two went on a decade-long courtship before getting to face each other in the match dubbed as ‘The Fight of the Century’ back on May 2, 2015.

Mayweather ended up as the victor of the bout, winning via unanimous decision.

Since then, the two have retired from the sport.

Mayweather, on the other hand, last fought professionally in August of 2017 against Conor McGregor.

Both have since taken exhibition bouts.

Of course, the two rivals-turned-friends also used this moment to take jabs at each other.

“But like I’ve said before, there is no blueprint on how to beat Floyd Mayweather. He [Pacquiao] can tell you that himself.”

“He’s older than me. I’m still young and I’m also active in this sport. So what I have done and accomplished in boxing is one of a kind because to get eight different titles from different weight divisions is not that easy. So that’s a prestigious accomplishment in boxing,” chimed Pacquiao.

“I’m not trying to boast what I have accomplished in life, but I am saying this because they might forget that accomplishment.”

Will the two square off in an exhibition sometime soon? Only time will tell.