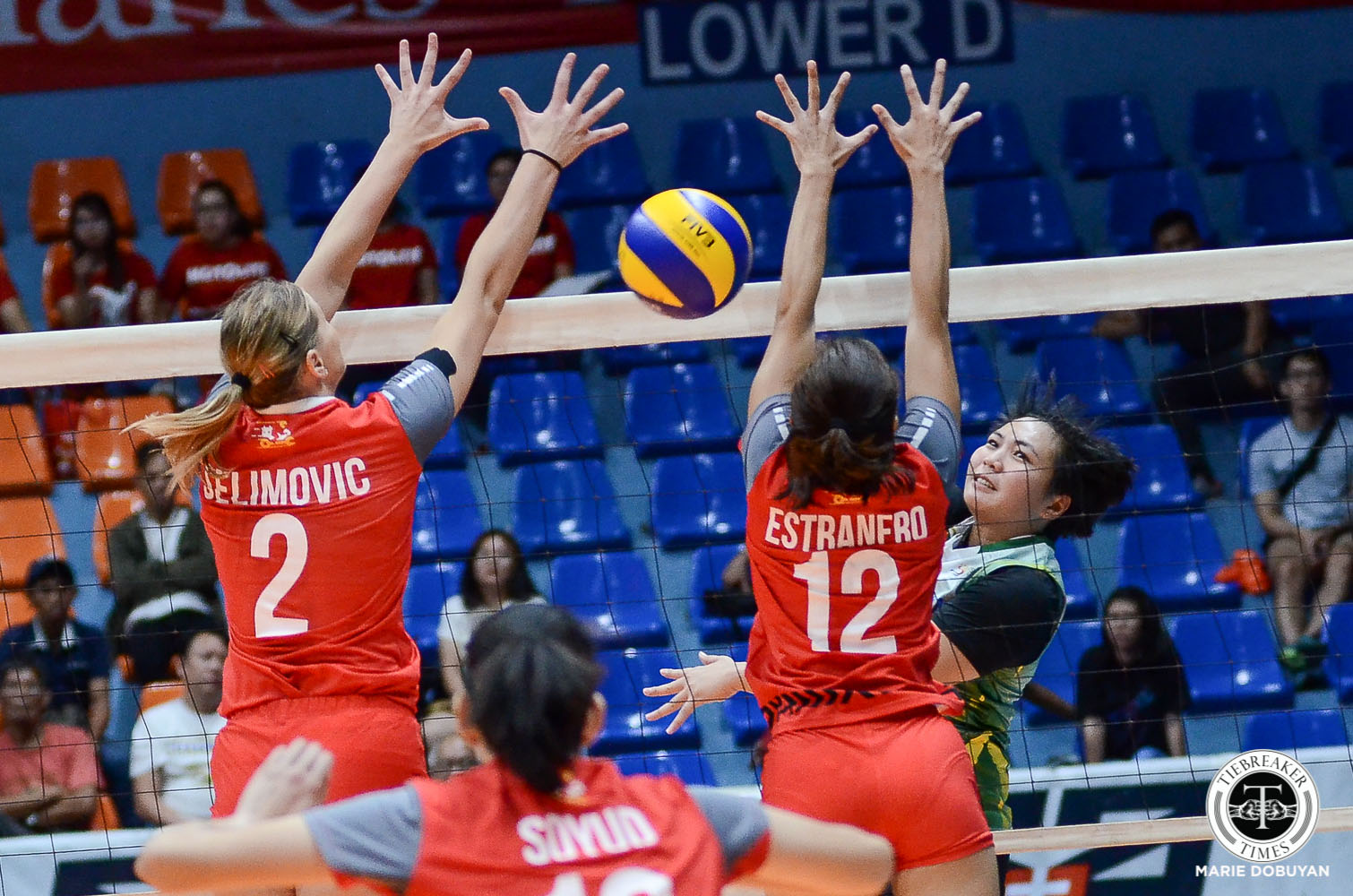 If you want to enter the V-League, you have to go through the league’s old guard.

League pioneers the PacificTown–Army Lady Troopers rebounded from their three-set loss at the hands of Creamline last Wednesday, as they responded with a four-set triumph over debuting Motolite Power Builders, 25-21, 25-21, 23-25, 25-21, in the PVL Reinforced Conference Season 3, Saturday evening at the FilOil Flying V Centre in San Juan City.

The veteran-laden Lady Troopers flaunted their experience and veteran smarts over the youthful opposition to improve their win-loss card to 2-1.

It was in the third set, though, when Motolite showed their wares and proved that they can go toe-to-toe with the most battle-tested teams in the six-team, import-laden field.

Down by two in the third, 12-14, Motolite charged past the Lady Troopers behind their imports, Channon Thompson and Edina Selimovic, to mount a 21-16 cushion. PacificTown clawed their way back with a 7-2 onslaught and knocked within one, 23-24.

As Army reinforcement Jenelle Jordan hammered the ball with hopes of forcing a two-to-win situation, Selmovic met her above the net to help Motolite steal a set and extend the game.

Not wanting to suffer a come-from-behind defeat, the Lady Troopers played with renewed vigor in the fourth stanza, reaching match point with a comfortable seven-point advantage, 24-17. Motolite tried to will one last run, but an Olena Lymareva-Flink hit iced the game for good.

Lymareva wound up with 25 points, two of which came from the service area. Royse Tubino chipped 18 markers for PacificTown.

Thompson, meanwhile, saw her 22-point outing go down the drain. Fellow import Selimovic supplied 15 for Motolite, who did not play skipper Myla Pablo.

In less than than 24 hours, Motolite will play their second game of the season, as they take on the still-undefeated Petro Gazz Angels tomorrow. PacificTown-Army, on the other hand, will have a week-long rest as they are slated to face Petro Gazz as well on June 8 next Saturday. Both games will played at the same venue.

Kia Bright bounces back for BanKo after sub-par first game