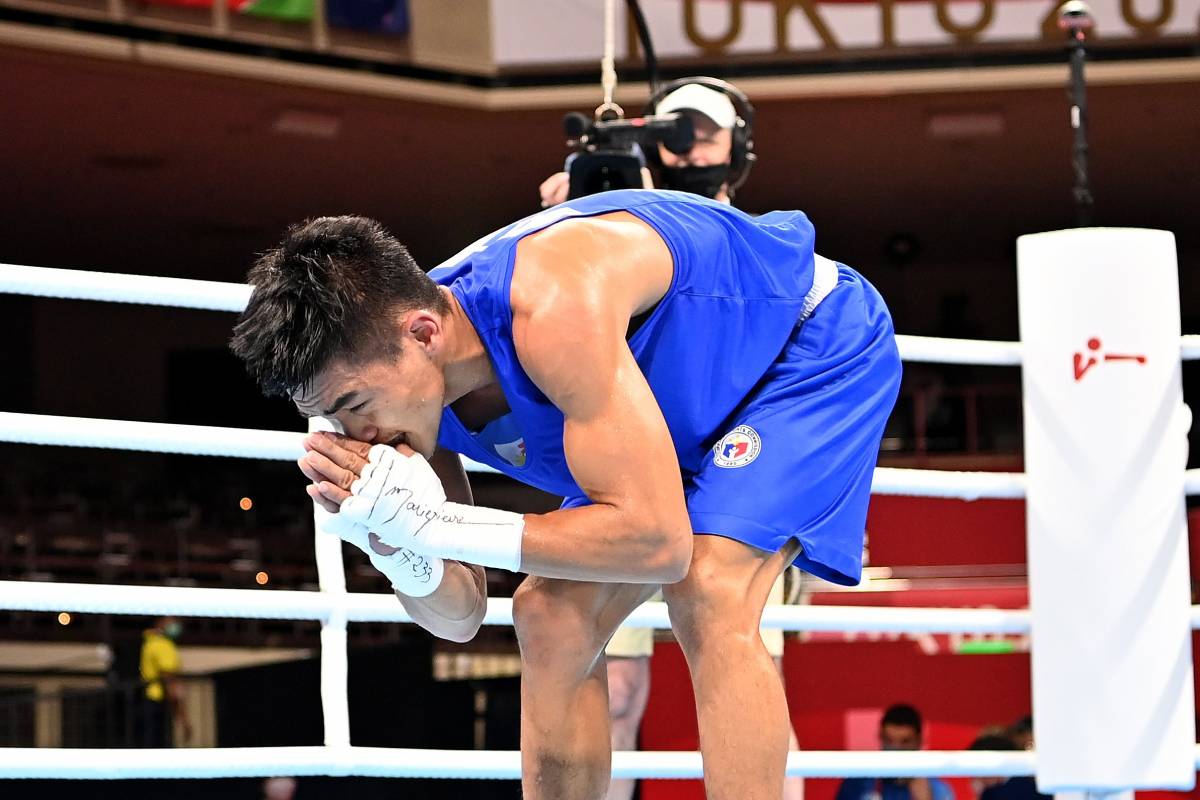 You’ve probably seen photos and videos online of a boxer being transferred out of the Kokugikan Arena on a wheelchair right after his fight.

That was Ryomei Tanaka following his 4-1 victory over Colombia’s Yuberjen Martinez in their Olympic men’s flyweight quarterfinal showdown, Tuesday. Per reports, the Japanese left in such a manner due to exhaustion.

Tanaka may have appeared worn out versus the 2016 Olympics silver medalist, and has little time to recover in between matches on sports’ grandest stage. Still, Carlo Paalam isn’t taking his chances against the hometown bet.

Paalam and Tanaka have both assured themselves bronze medals each, but there’s no question that both aim for the biggest prize. And to achieve as much, they would have to battle it out at the expense of one another in the semifinal.

The duel was set when the fighter from Bukidnon stunned reigning Olympic gold medalist Shakhobidin Zoirov of Uzbekistan by way of split decision.

That match took place after Tanaka defeated Martinez via SD as well, although the result came as a shocker for some — especially those who witnessed it live as they felt that the Colombian was the better of the two.

Still, all that matters for Paalam now is their clash on August 5. And he’s keen to perform the best he can once he sets foot on the ring.

The 23-year-old also brings with him the simple yet important reminders of his mentors as he prepares for the upcoming bout.

In this article:carlo paalam, headline