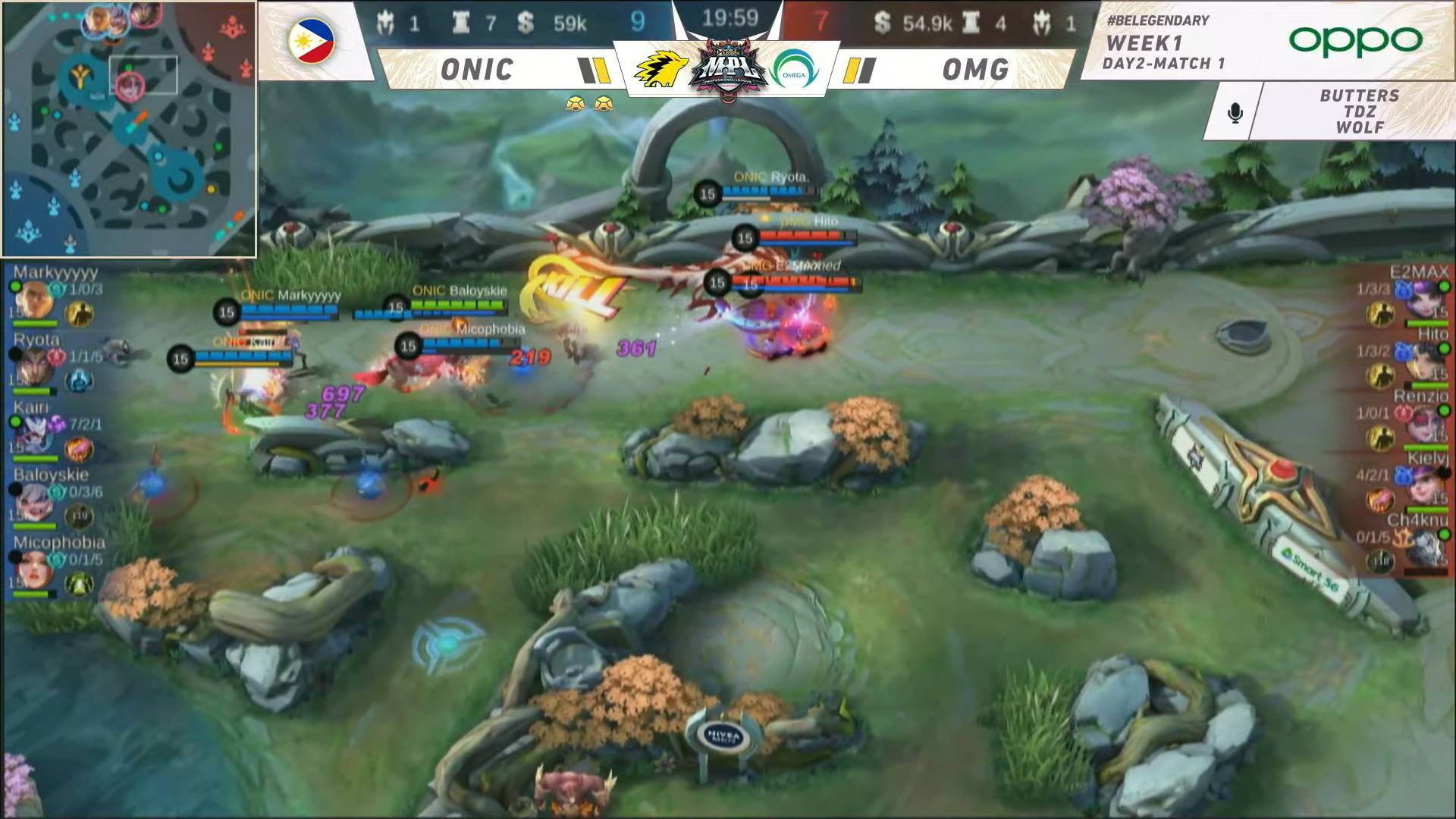 With the win, ONIC PH claimed the early lead in the standings with five points through a clean 2-0 slate.

Following a nip and tuck affair in the mid-game of Game Three, ONIC PH managed to chase away Omega Esports at the top lane, taking down Joshua “Ch4knu” Mangilog (Khufra), Kielvj “Kielvj” Hernandez, and Renz “Renzio” Cadua to go for the jugular.

Robbie “Hito” Candoy (Lunox) tried to salvage the series for Omega with a hail mary play in the middle lane, but it was not enough as the four-man ONIC PH ended the match with ease.

ONIC PH pounced on Omega Esports early in Game One, securing two quick kills on Ch4knu’s Grock to put up an early advantage.

Domination was once again the name of the game for ONIC PH, securing two crucial Lords to bag the 10-4 win.

Kairi “Kairi” Rayosdelsol (Ling) nabbed MVP honors with five kills and an assist against five deaths in the match which lasted for 16 minutes and 38 seconds.

Also making his mark in Game One was the debuting Markyyyyy (Sun) and Mico “Micophobia” Quitlong (Popol and Kupa) who put up combined numbers of two kills and eight assists against just one death in the opener.

Not wanting to go down without a fight, Omega Esports gutted out a tight Game Two win on the back of Kielvj’s Ling to send the series to a deciding Game Three.

Allen “Baloyskie” Baloy (Natalia) and Markyyyyy (Chou) tried to pick off Renzio (Baxia) down the bottom lane but failed which then resulted to a series of conversions from Omega which secured them the win.

Kielvj was named the MVP with 11 kills and nine assists against just three deaths in the match which ran for 25 minutes and 23 seconds.

ONIC PH looks to make it three in a row against Nexplay EVOS on Friday at 6:00 PM while Omega will try and bounce back against ECHO tomorrow at 8:00 PM.