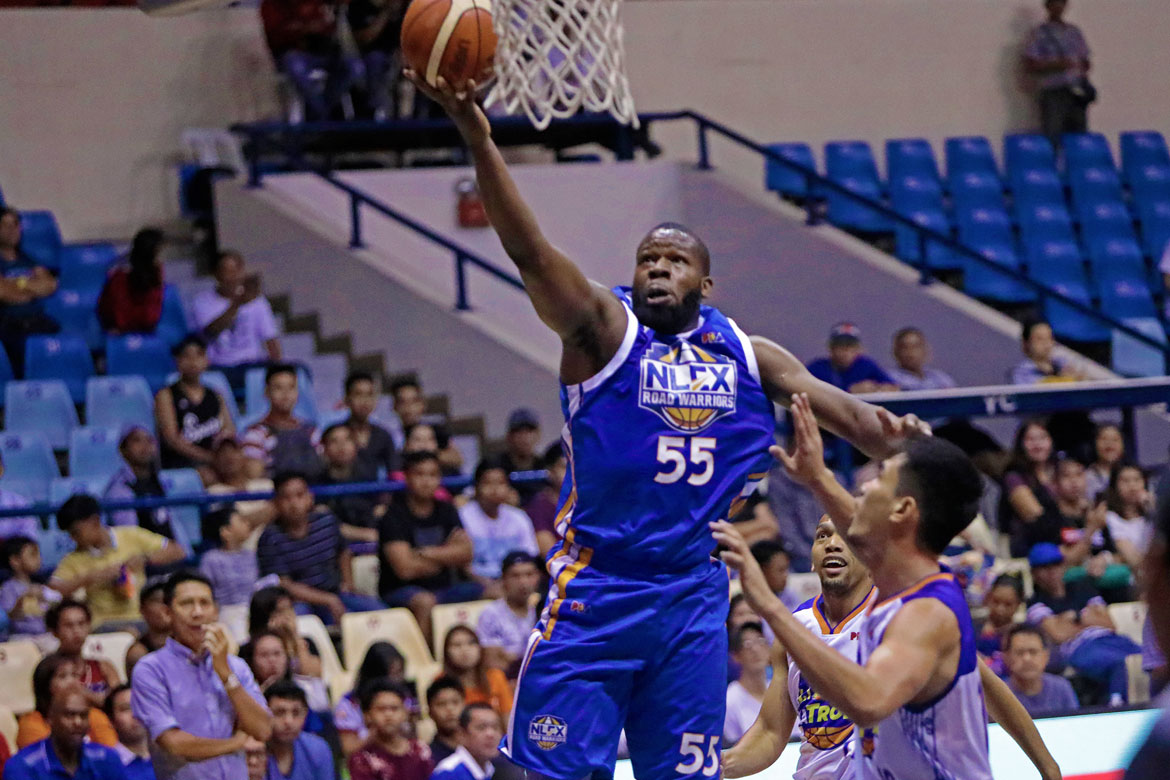 Reinforcement Olu Ashaolu dominated the TNT Katropa on Friday night, posting 33 points and 23 rebounds to lead his NLEX Road Warriors to a 103-90 victory in the curtain-raiser of the 2018 Governors’ Cup.

But behind the impressive statline is a major issue that he chooses not to think of, all for NLEX’s cause.

Interim NLEX head coach Jojo Lastimosa revealed during the post-game presser that the 6-foot-5 Nigerian-Canadian had just played through a major knee injury, which is a slight patellar tendon rupture in his right knee.

“He was in pain. His knee is… He has a partial tear in his patellar tendon so it’s something that you really have to worry about because it can completely tear, so that’s a problem,” disclosed Lastimosa, who has temporarily taken Yeng Guiao’s post.

And that has been confirmed by none other than Ashaolu himself.

“I’m dealing with a little issue, man. I’m just trying to fight through it,” admitted the 30-year-old forward. “I’m not sure how bad it is, I’m gonna get checked out by the doctor.

“I’m just trying to fight through as best as I can.”

Ashaolu recalled how he got the injury, saying that he incurred it during their tune-up game against the Meralco Bolts.

“I remember making a routine jump hook and landed a little funny. I didn’t think any of it at the time, you know – you get hurt, you think you’ll be okay in a few days. It kept lingering and it didn’t going away,” shared the five-year pro.

“I figured something was really going on. I’m gonna get a check-up tomorrow and hopefully it’s not too bad.”

Lastimosa confessed that they have yet to find a replacement for Ashaolu, and the reason why he is still playing is because of his desire to help the team until they find a new player. Asked until when can he play, Ashaolu doesn’t know either.

“I don’t know yet. We’ll see, we’ll go whatever the doctor says and we’ll try to address it going forward. I’ll try to keep playing as long as I can, I don’t wanna stop playing but obviously I gotta take care of my knee for my future,” he said.