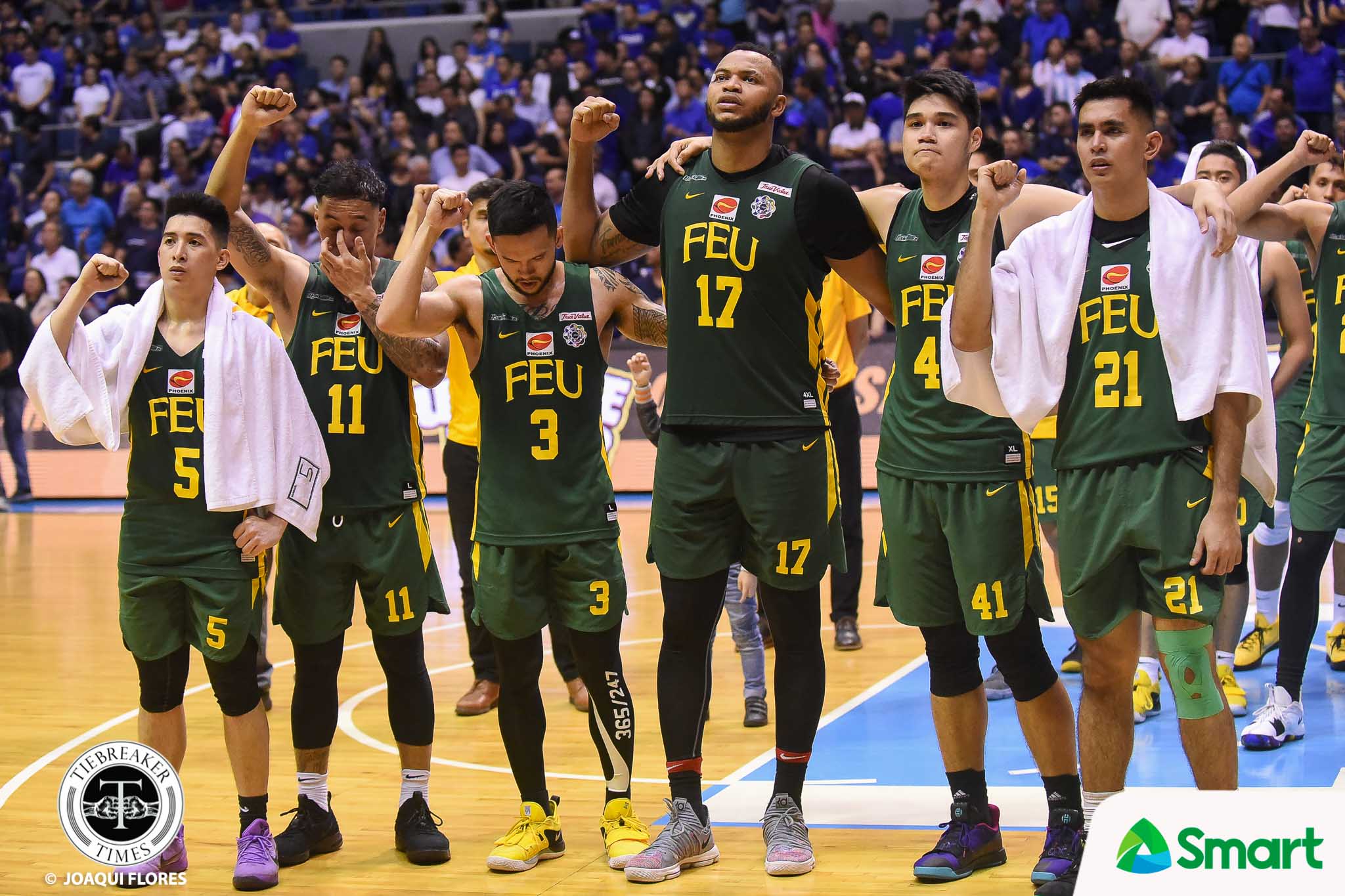 With just two minutes left in the Far Eastern University Tamaraws’ Final Four game against the Ateneo Blue Eagles, Olsen Racela fielded the quartet of Jasper Parker, Axel Inigo, RJ Ramirez, Richard Escoto, and Arvin Tolentino. The game was already out of reach during that time.

For one last time the quintet fought for the Green and Gold.

And when they were subbed out together with 26 seconds remaining, the entire SMART Araneta Coliseum showered them with applause. Yes, even the Blue and White.

As the buzzer sounded, Tolentino went to centercourt to express his gratitude to both Ateneo and FEU.

Tolentino would then join the group, sharing a tight hug that Prince Orizu joined.

After this moment, they will now have to go their separate ways.

In his two-year stay with FEU, mentor Olsen Racela saw these boys grow. Together, they fought numerous battles, experiencing both the highs and the lows.

Their final battle though was just a mountain too high to climb. But the PBA legend could not help but be thankful to these brave young men.

“Nagpasalamat lang ako sa kanila sa loob. Just wanna say a few things regarding each and every one of these guys,” he expressed. 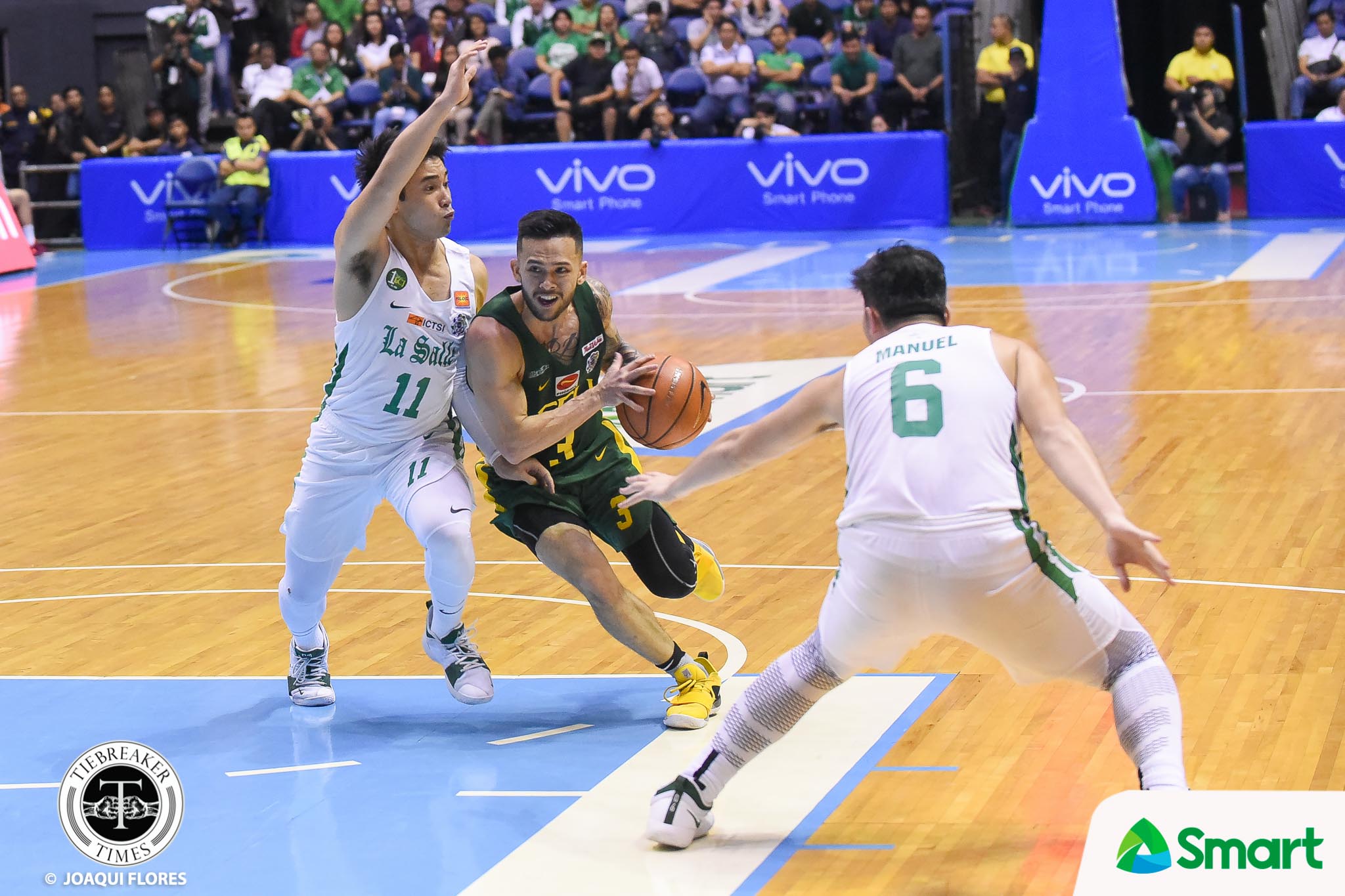 “Si JR is one of the quickest guards we have in the UAAP,” Racela, a floor general during his playing days, said about Parker, who transferred from Southwestern University to FEU three years ago.

“We’re very fortunate to have him.” 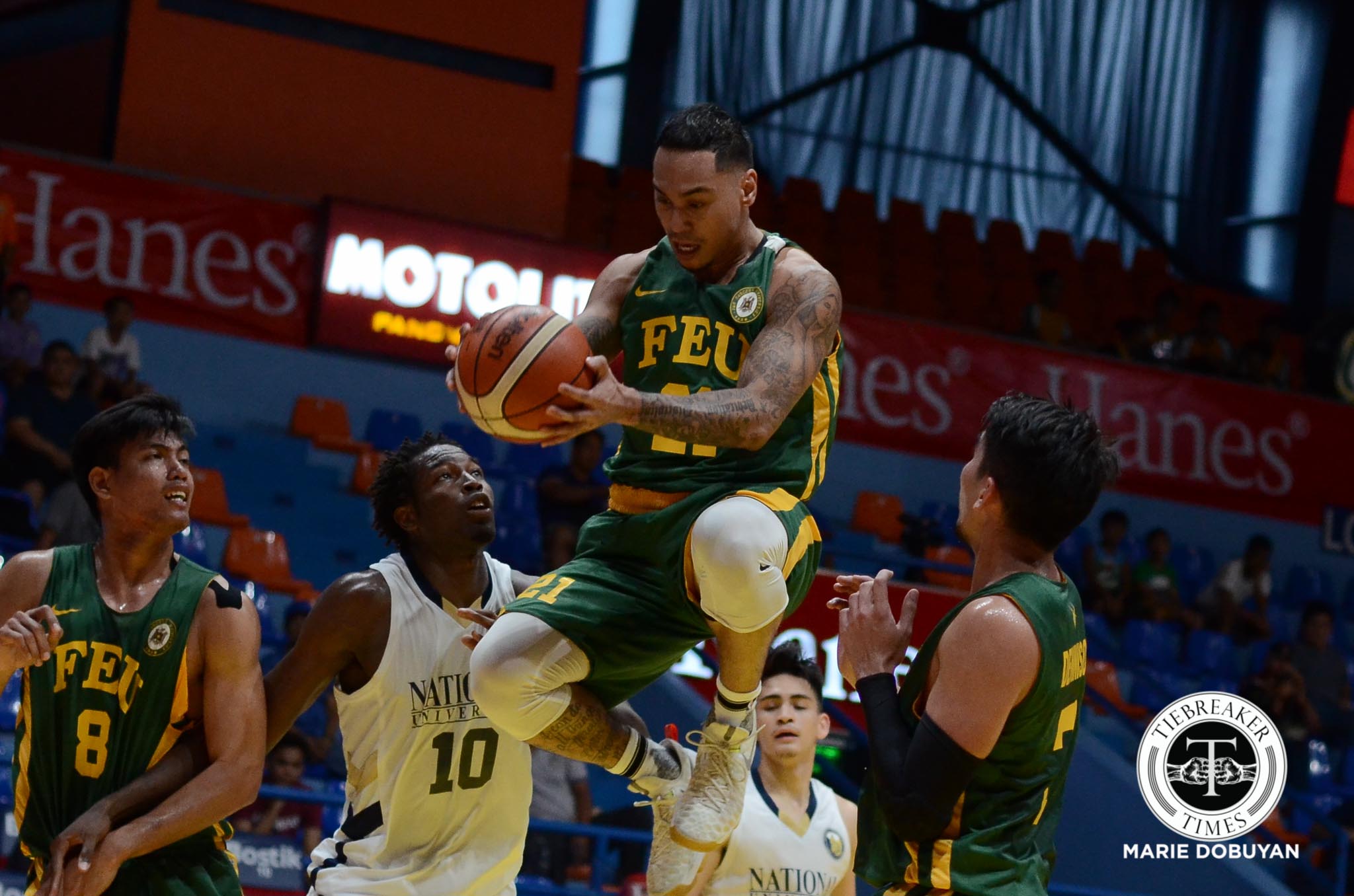 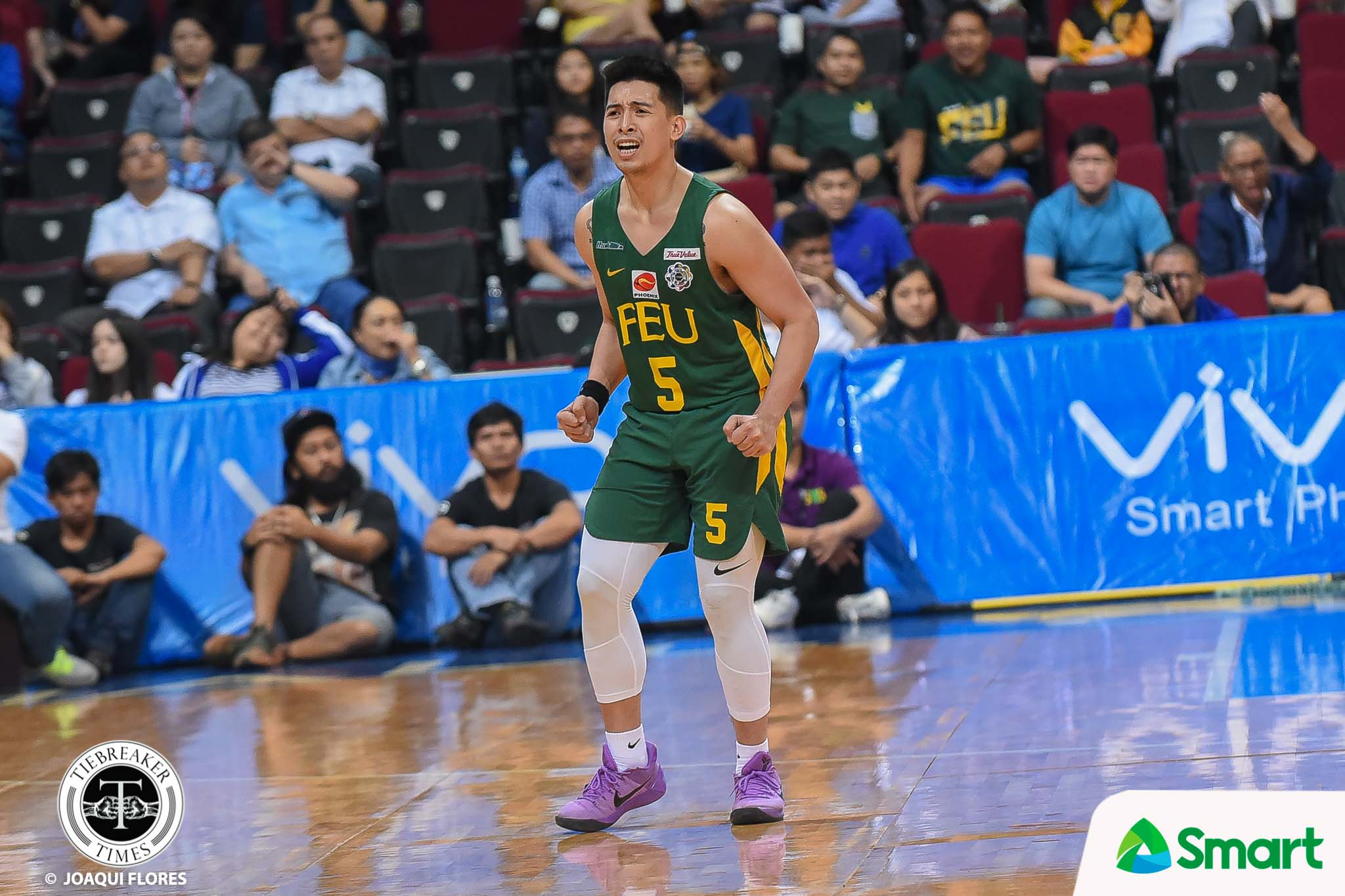 “Si Axel is one of the smartest players we have on this team,” he beamed about Inigo, who transferred from Adamson to FEU four years ago.

“I won’t be surprised if he coaches someday.” 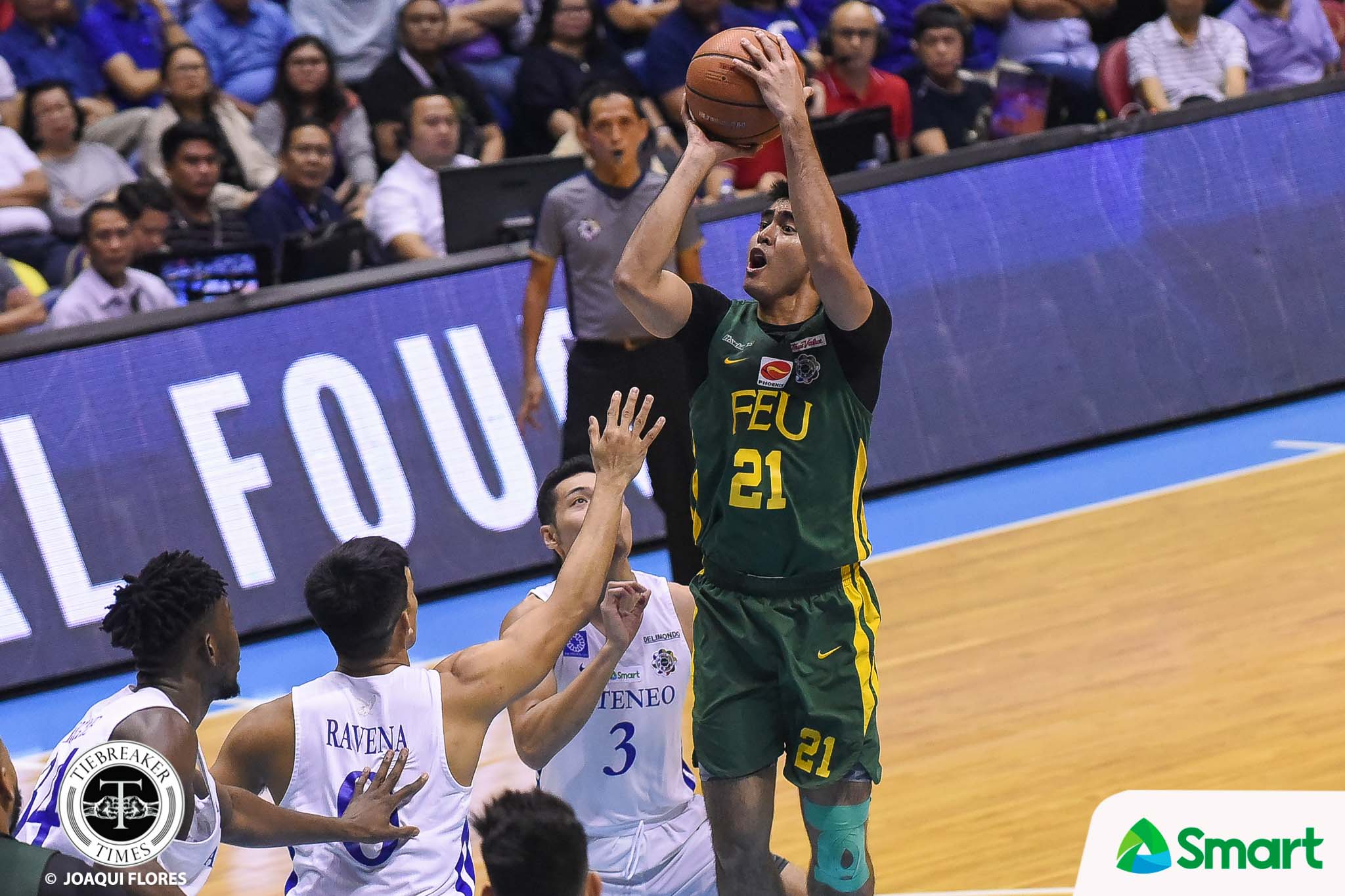 “He’s undersized but he makes up for it with his hard work and his fighting heart.” 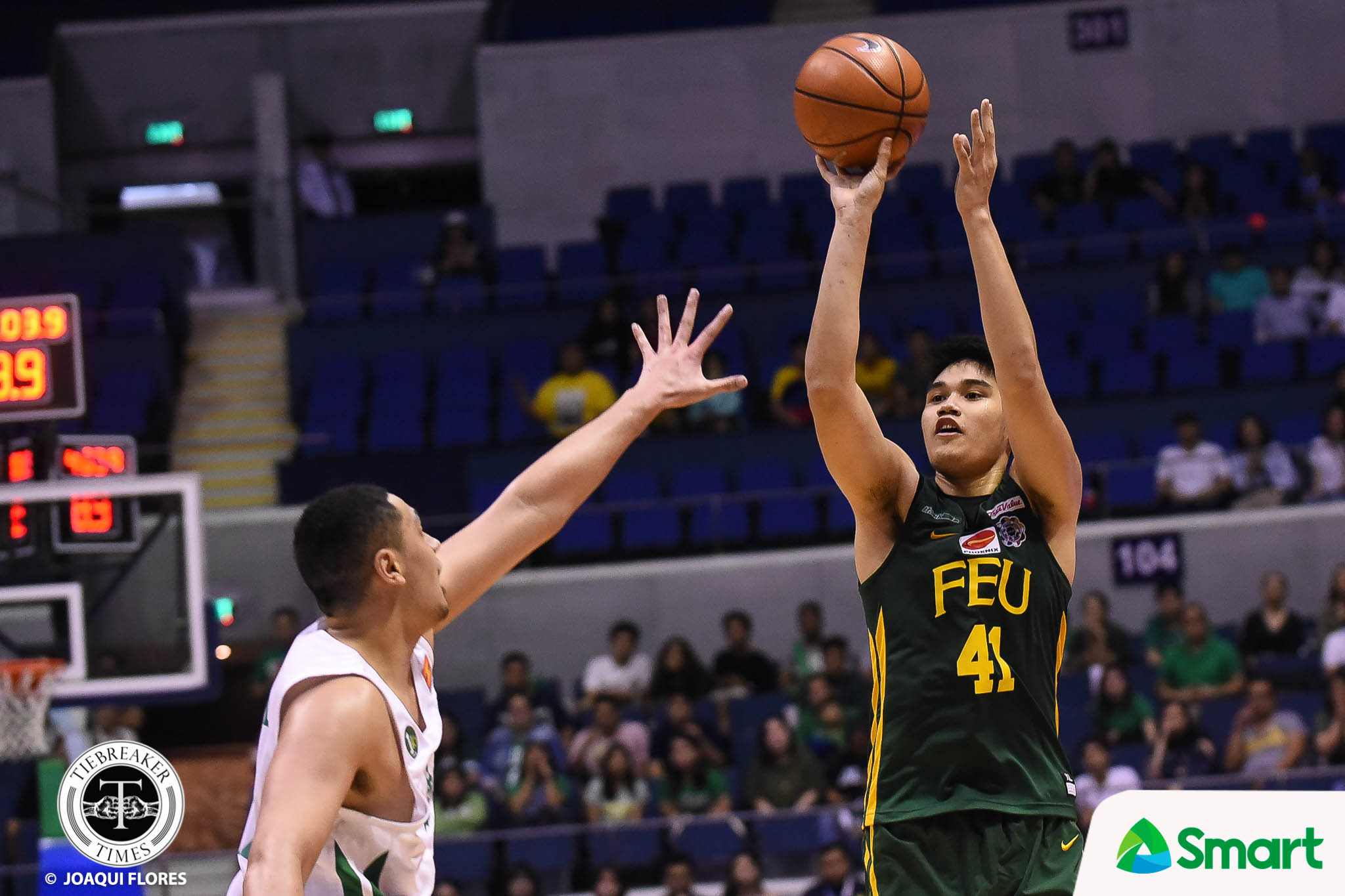 “ Si Arvin is one of the skilled big men we have in the country, not just the UAAP.”

In addition to these five, Orizu, who has been the anchor of FEU for the last five years, is unsure on whether he will have one last ride with the Tamaraws. 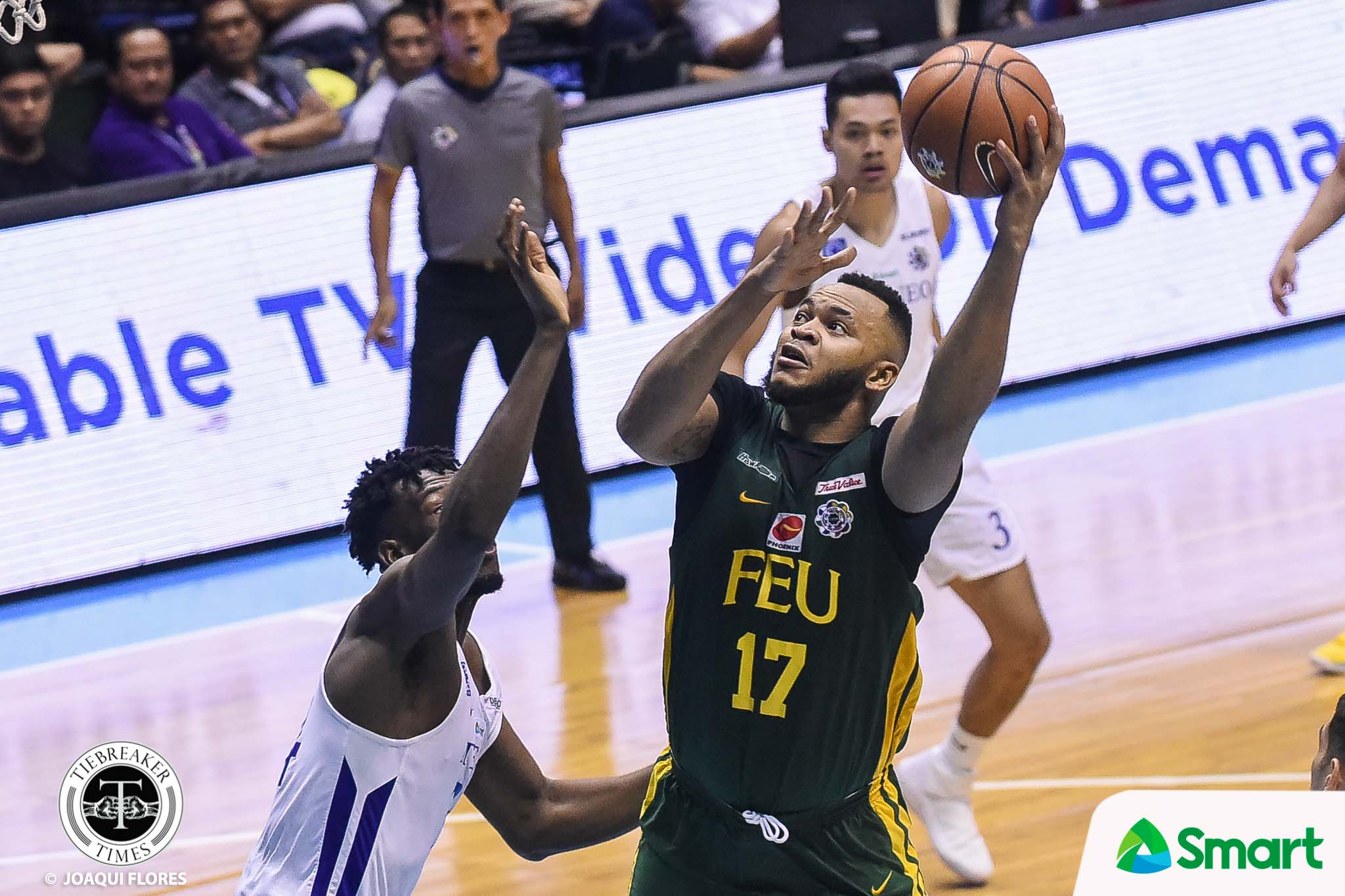 But as history has proven, the Tamaraws program is built to last.

Back in 2015, FEU lost Mac Belo, Roger Pogoy, Mike Tolomia, Russel Escoto, and Achie Inigo all at the same time. Still, FEU made the Final Four for the next three years.

Though the rebuilding will be hard, one thing is for certain — the Tamaraws will persevere.