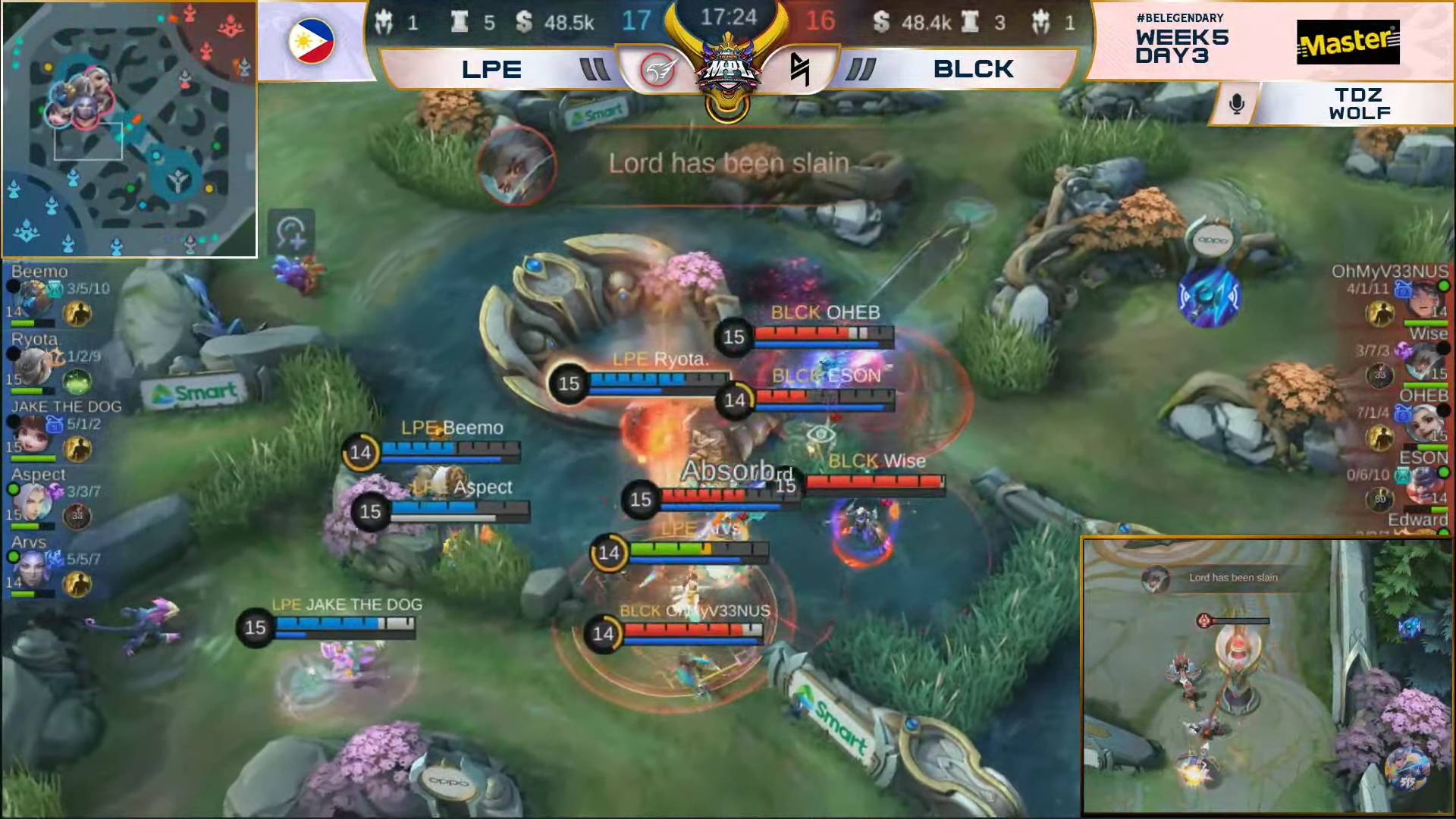 Through Johnmar “OhMyV33NUS” Villaluna’s exceptional Mathilda performances, Blacklist International became the first team from Group B to punch its ticket to the playoffs after a 2-0 sweep of Playbook Esports in the Mobile Legends: Bang Bang Professional League-Philippines.

The Tier One-backed squad continued to boost its momentum heading to the playoffs, solidifying its hold of the top spot with 24 points through a league-best 24 points.

Now with eight points through a 3-6 standing in Group B, the Eagles still have a chance to make the playoffs.

Despite struggling with seven deaths early in Game One, Danerie “Wise” Del Rosario (Granger) was still able to show his clutch genes after a crucial Retribution to steal the Luminous Lord from Playbook near the 18-minute mark.

OhMyV33NUS (Mathilda) was named the SMART MVP with a game-high 14 assists along with five kills and a death in the 23:06-minute match. 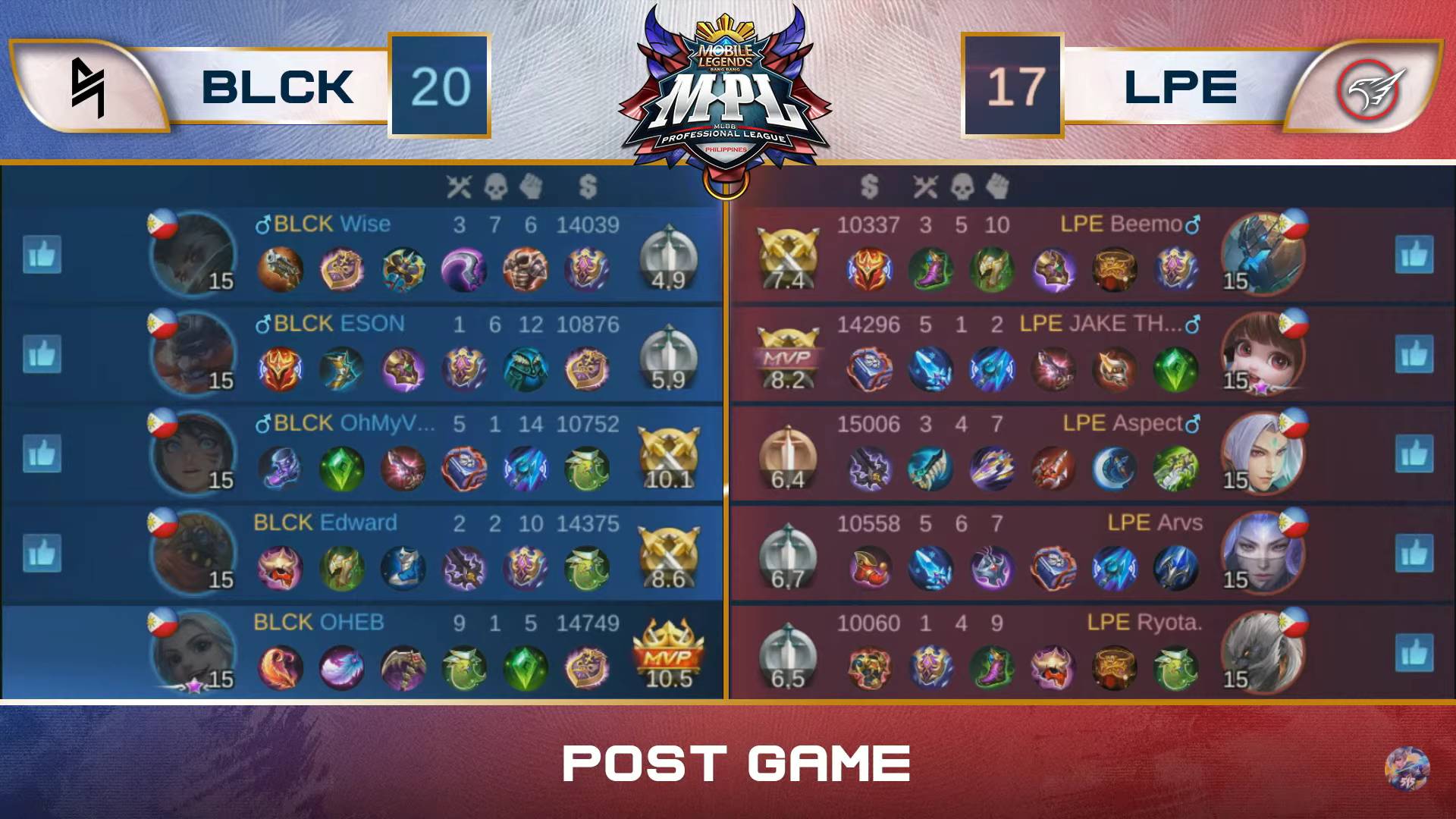 OHEB finished with a 9-1-5 kill-death-assist line while Wise had three kills, seven deaths, and six assists in Game One.

And despite Playbook getting the early kills on Wise anew, Blacklist International managed to power through all thanks to OhMyV33NUS.

The Queen once again nabbed the SMART MVP award with a perfect 4-0-11 stat line in the 15-4 Game Two win which lasted for just 12 minutes and 37 seconds. 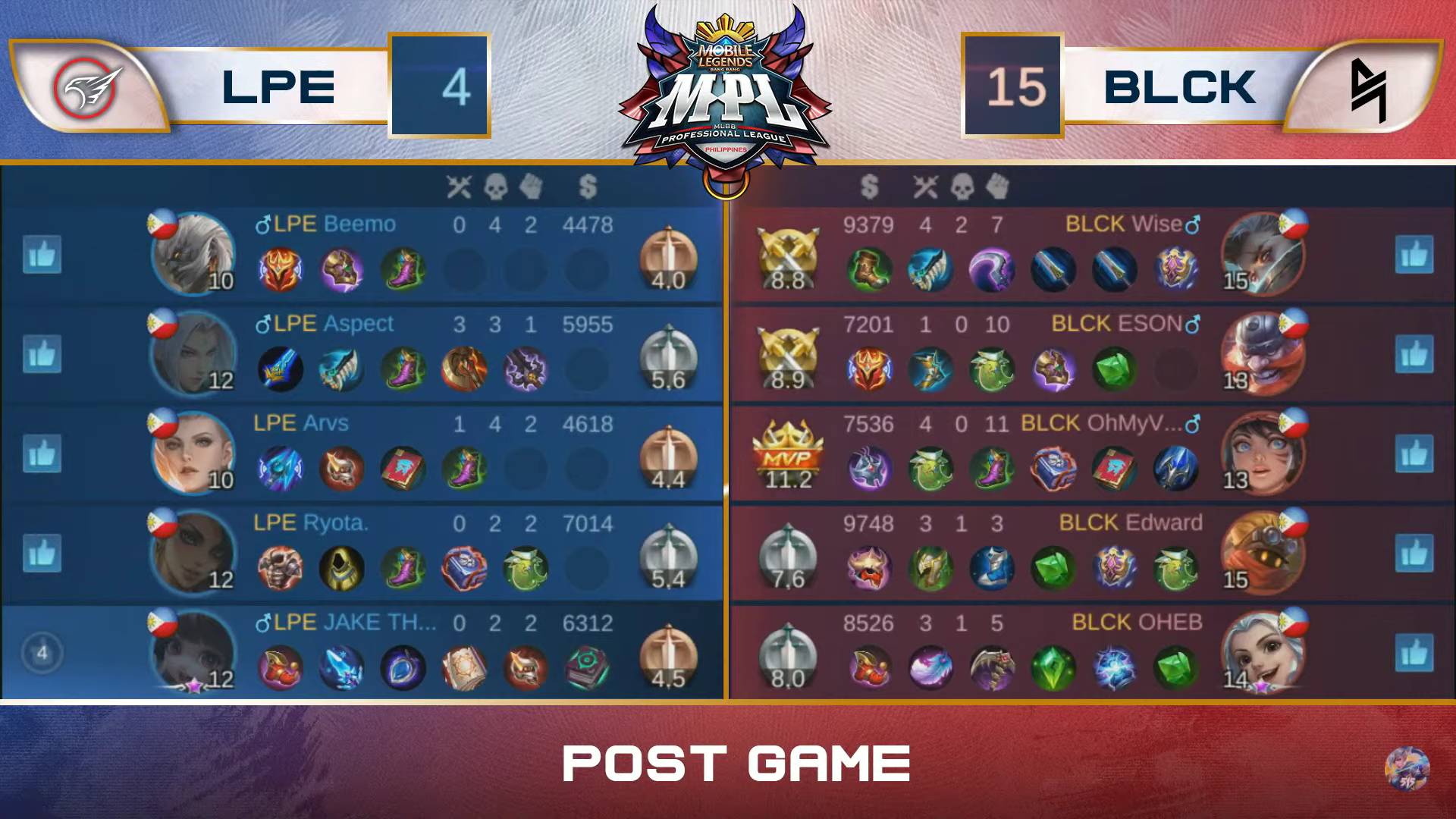 Blacklist International will next face Omega Esports on Saturday at 4:00 pm while Laus Playbook Esports looks to salvage their campaign against Aura PH on Sunday at 4:30 pm.